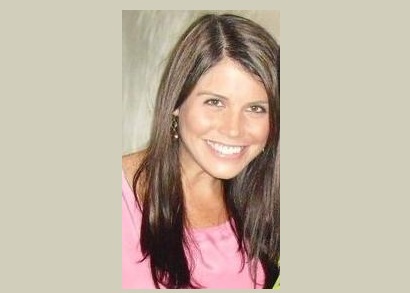 Like many New Yorkers, I was affected by Hurricane Sandy when the surge hit on 10/29/2012. I live in the Lower East Side of Manhattan and lost power and heat for 5 days. My neighborhood was a ghost town – there were no lights, few people and everything was shut down. Upper Manhattan WAS not impacted by the storm – electricity was running, heat was on, and restaurants were open. Thankfully, my friend's parents live on the Upper West Side and they graciously took me in the night after the storm. I was feeling emotional and displaced when I arrived. This was the first I saw the news coverage on TV and I couldn't believe it. I knew it was going to be a bad storm but I had no idea the damage would be as horrific as it was. People had lost their homes and their lives were turned upside down. I started seeing pictures on Twitter and Facebook – homes completely destroyed in Staten Island, Breezy Point, Long Beach, Rockaway, Atlantic City, and many others. The stories were heartbreaking. I immediately felt guilty for thinking my situation was bad and felt compelled to volunteer.

I had the opportunity to speak to Kris Magel, Executive Vice President, Director of National Broadcast at Initiative Media who spoke to me about the newly developed "New York Media Cares" – a challenge to New York's media industry to help those hit by Hurricane Sandy by using their hands, not just their checkbook. The Ad Council's media team joined Initiative in this volunteer effort a month after the storm on 11/29. About 20 volunteers went to Staten Island to distribute donated items to countless homes. I was so grateful to have the opportunity to join other media professionals and help those in need. I've volunteered many times in my life for different social issues and organizations. However, this was the first time I've volunteered as part of a relief effort. I don't think anything could have prepared me for what I saw.

Our volunteer effort was organized by Mike "Loco" Hoffman, the area's block coordinator. Mike was leading the operation which was overseen by Congressman Michael Grimm's office in Staten Island. We were each assigned different tasks. Some people were sent to sites that needed demolition work and other people were sent to canvas areas affected by the storm. Mike broke us up into teams, assigned us specific addresses, and sent us on our way. 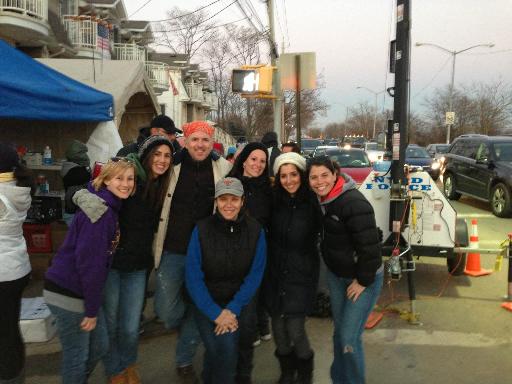 I was part of the canvasing team and my colleague Janet and I were assigned a couple streets to survey. We were given a notepad and a pen and were told to ask residents specific questions such as, "Do you have power, heat, running water?" and "Are you in need of supplies such as food, clothing, cleaning supplies, etc.?" Seeing the hurricane damage in person made it that much more real and I was shocked by what these homes looked like. Refrigerators and stoves were upside down and furniture and personal belongings were strewn everywhere. A couple houses were lifted completely off their foundation. One of the homes had a candlelight vigil – the owner and his dog had drowned in their house during the storm.

I realized very quickly that a lot of these people just wanted comfort and someone to talk to. One 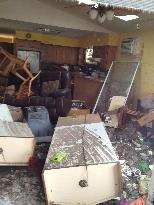 story in particular that truly impacted me was that of Brett Gordon's. Brett's home was completely flooded when the storm surge hit and everything inside was destroyed. He lived in the home for 5 years with his wife and two daughters. Brett, a blue-collar American worker whose parents immigrated to the US from Sicily, took such pride in his home. Like all homes – there were so many wonderful memories that come with it. Brett told us about his daughter's birthday parties, family gatherings, holiday dinners, and backyard barbeques.

Despite the damage, you could tell it was once a home. A cracked photo frame of their family was on the living room floor and dried flowers from his daughter's communion were still intact. He was very worried about the emotional damage and long term affects this experience would cause his children. He also explained the tremendous financial burden he now faces. He is now paying double in living expenses – mortgage on his uninhabitable Staten Island home as well as rent in Brooklyn where his daughters were assigned a school. I couldn't help but feel for Brett and wanted to help him.

The next day I decided to post Brett's story on Facebook to see if I could generate buzz and inspire others to take action. Within hours, I had several people messaging me asking how they could help. I love the power of social media! One friend in particular, Allison LePage, works at The Corporation for National and Community Service (CNCS) in Washington DC. CNCS is a federal agency that engages more than five million Americans in service through its programs and leads President Obama's national call-to-service initiative. CNCS has specially trained AmeriCorps members hard at work in several states, providing skilled manpower and managing thousands of volunteers. Within 2 hours of my post Allison was able to connect with the Disaster Service Unit and provide Brett with a single contact to help his family with all of their needs. Allison and I have also set up a donation site for Brett's family to offset the many costs he has right now – especially during this holiday season. We are hoping with the money raised, Brett will be able to purchase some of the items they lost in the storm.

The Ad Council distributed a Hurricane Sandy PSA shortly after the disaster which encourages people to support the relief effort by giving to the many organizations listed on our call-to-action website . To view the PSA click here. Through my career at the Ad Council, I'm able to make a difference every day in lives of many Americans by securing donated media from my media contacts. Volunteering in Staten Island a couple weeks ago reminded me how grateful I am to be working at the Ad Council and doing the important work that we're doing. Our PSAs bring issues to the public and inspire people to make a decision whether it's to raise awareness, donate, or volunteer. There are millions of people that see our PSAs and are inspired to take action. Because I'm not personally involved I don't always get to see the direct impact. Speaking to Brett made me realize just how significant our PSAs are and that these impactful moments are happening ALL the time all across the country.

As Director of National Accounts at the Ad Council, Laurie is responsible for building partnerships and securing donated media space from 100+ accounts including A+E Networks, Comcast, Conde Nast Publications, Screenvision, Time Warner Cable and Viacom Networks. Laurie also manages the NY and Northern NJ markets, coordinating with the local media outlets on issues affecting their communities. Whether it’s national or local, Laurie’s goal is to inspire her media contacts to donate their space to and raise awareness on The Ad Council’s worthy and life-changing causes.

The Ad Council is a private, non-profit organization that marshals volunteer talent from the advertising and communications industries, the facilities of the media, and the resources of the business and non-profit communities to deliver critical messages to the American public. The Ad Council produces, distributes and promotes public service campaigns on behalf of non-profit organizations and government agencies in issue areas such as improving the quality of life for children, preventive health, education, community well being and strengthening families.

The Ad Council has endeavored to improve the lives of all Americans since first creating the category of public service advertising in 1942. Ad Council icons and slogans are woven into the very fabric of American culture. From our earliest efforts including "Loose Lips Sink Ships" and Smokey Bear's "Only You Can Prevent Forest Fires," to the iconic “Friends Don’t Let Friends Drive Drunk” and of course, "A Mind is a Terrible Thing To Waste" - Ad Council PSAs have been raising awareness, inspiring action and saving lives for more than 70 years.