Ad Week 2017: Driverless Cars and the Battle for the Living Room 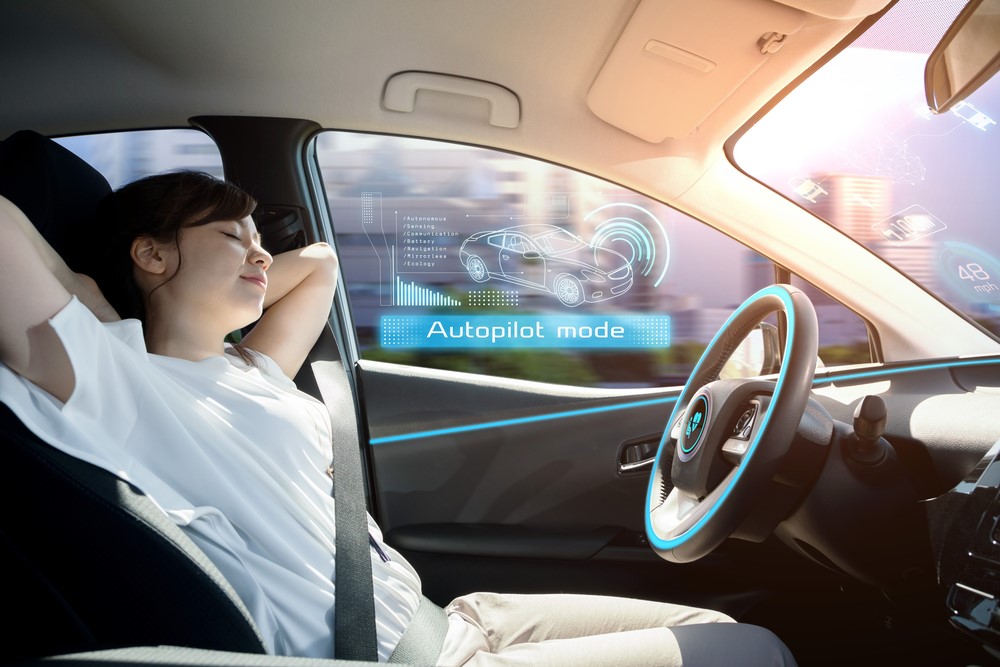 The summer before my sixteenth birthday, I was enrolled in driver's education so that the very first moment AFTER my sixteenth birthday, I would be ready to get my driver's license.  To a teen of my age and time, a driver's license was the ticket to freedom.  Not so much today.  Fully half of all eighteen-year-olds today do not have a driver's license, a fact pointed out by Jeffrey Cole, Director for the Center for the Digital Future, Annenberg School of Communications at the University of California, in one of the IAB's "Leadership Dialogues" during last week's Ad Week in New York.  Cole was talking about "Driverless Cars and the Battle for the Living Room" in his Leadership Dialogue, two things that seem unrelated but are more connected than one might think.

The first of Cole's predictions was that we are quickly going to get addicted to driverless cars; the ability to get where we are going without having to worry will be a siren song we will not be able to resist.  Cars will appear, take us where we are going and then disappear until we need them again. We'll have our choice of the kind of car that picks us up; the driverless equivalent of say a Corolla, a Camry, a Highlander or a Lexus, to keep it all in one automobile family.

Not so long ago, Ford summarily dismissed its CEO, Mark Fields, and replaced him with Jim Hackett, previously head of its driverless car initiative.  Ford is now a mobility company, not a car company.  We are going through a revolution akin to the one that began when Henry Ford put his Model T into production and horses surrendered the road to the horseless carriage.

Cole envisions a world in which we'll call a driverless car, outfitted like a hotel room, to take us from L.A. to San Francisco or from New York to D.C., timing its arrival to our needs, stopping only when passengers need a bio break.  Cars have always been home to sexual encounters, soon to be easier than ever in bed equipped vehicles.  Going from New York to a meeting in New Jersey?  You can have a meeting while going to the meeting in a driverless car.

To take this even further, in a world where Uber has become a verb, perhaps we'll have an Airbnb model for cars.

The Center for the Digital Future has been studying models for the economics of this and believes we will have "car accounts" with "car credits" and that we'll spend $600 to $700 a month on those credits.  That's not much different from what I spend right now.

Among the winners will be travelers who will move without stress and strain and the thousands of people whose lives will be saved as driverless cars "talk" to each other on roads, keeping away from each other as they zoom along.

Cole predicts places where we will go to get used to driverless cars, riding around until we get comfortable with the thought of AI taking us from place A to place B.

With all the hacking being talked about lately, it's true.  Driverless cars can and probably will be hacked.  That's scary and what's even scarier, says Cole, is that our cars today, loaded with a plethora of computers, can also be hacked.

Not surprisingly, Amazon is all over driverless cars as are all the car companies even though they will see production likely slip from today's 19 million cars to tomorrow's predicted 7 million vehicles.

Three percent of the U.S. population works in the driving industry (taxi drivers, Uber and Lyft drivers, long-haul truck drivers, etc.).  Once we are driverless, a thing that will happen quickly, with Cole estimating it taking hold in five or six years and being fully accomplished in twenty, that three percent will be work displaced.  That is only a small shudder amid the seismic changes that are going to be shaking up all layers of society amid the rise of the robots.  Twenty percent of legal work is handled already by AI.  School bus drivers will become full time monitors because they won't need to drive.  Cashiers will continue to find themselves displaced, something that started with the implementation of self check-out machines at stores.

Driverless cars are harbingers of the massive change marching into our world.  There will be massive work displacement that may not be solved as readily as was the transition from horses to the horseless carriage.  We will have massive amounts of people not working or working less and the question of their economic well-being must be solved.  This is the greatest concern and greatest societal challenge that Cole sees with the upcoming AI transition, which includes driverless cars.

Our definition of ourselves is often married to what we do and we need to retrain ourselves as to what to value and how to value ourselves.  "Technology is changing us," says Cole.  "We're also changing technology."

Getting back to the headline at the top, what do driverless cars have to do with the battle for the living room?  What do you think we'll be doing as we're moving from point A to point B?  Consuming media!  Before long the driverless car will be the second most important media space.

Mat is the founder and Managing Director of Intermat, Inc., a boutique media consulting company that specializes in both digital and linear media engagements and offers business development expertise to both emerging and established media firms. Mathew To…