Ad Week 2017: The American Side Hustle 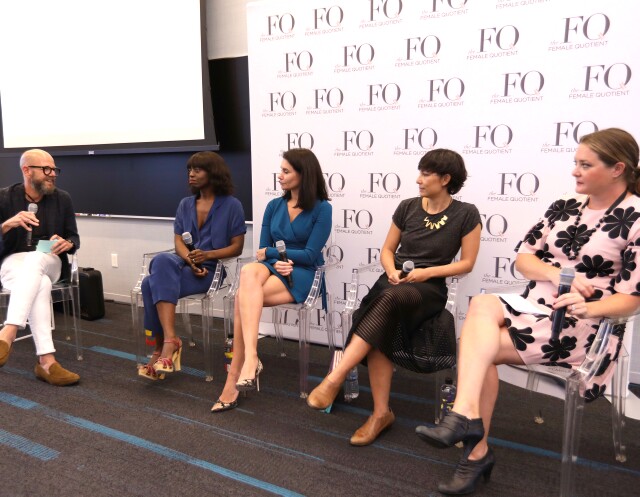 What was once known as a “moonlighting” is now commonly referred to as a “side hustle.” With this new, chic moniker, the “side hustle” has been mainstreamed -- especially among women.  According to new research from WPP creative agency Berlin Cameron in partnership with The Harris Poll, 61% of employed adult women now report having a second job or have interest in getting one.  Data explaining the surge was unveiled during Advertising Week at “The Side Hustle State of the Union,” a session at The Girls’ Lounge.

The “lounge” was an appropriate setting to unpack the research.  Shelley Zalis, CEO, The Female Quotient (TFQ) introduced the panel topic as one near and dear to her heart:  She created The Girls’ Lounge as her own side hustle and grew it into one part of TFQ’s movement to advance gender equality in the workplace.

Berlin Cameron turned to The Harris Poll, which conducted the online survey last month, to see if research proved out the preponderance of side hustles on a national scale.  Sure enough, the poll of more than two thousand adults revealed that 75% of the general population sees taking a second job as a necessity.  Nearly 8 in 10 Millennials responded that they would like an additional job while over a quarter of Millennial women reported that they currently have one.

It is significant to the media and advertising industry that women are most likely to take on a side hustle.  According to the response to MyersBizNet’s 2017 Television/Video Marketplace Assessment, a majority of young women are responsible for media buying and planning decisions.  How will the industry support and sustain this influential majority as women spread their influence outside of their 9-to-5 jobs?

“The creative industry has historically led the pack when it comes to freelance work,” said John Gerzema, panel moderator and CEO of The Harris Poll.  “While our data shows that [people take second jobs] mainly to make extra money, our Advertising Week panel proved it to be much more about personal fulfillment and pursuing long-held passions.”

For Radseed founder Mara Lecocq, who was on the panel, it is important to find a job that pays the bills and another job that makes you happy.  Mara found happiness in engaging adolescent girls around technology through personalized storybooks and co-created Secret Code.

Dee Poku, founder of The Other Festival, which will showcase female creators and makers in New York City this month, spoke about how the digital age has made it much easier to pursue side hustles.

“The barriers have been removed,” said Kristy Sisko, who also served on the panel and is CEO of Ellevate Network, a global organization for professional women.

The fact that all the panelists had cultivated side hustles into careers around female empowerment is telling.  Will gender inequality in the workplace lead women to pursue similar opportunities outside their day jobs?  According to The Harris Poll, 75% of women reported seeking a side hustle for the additional income, compared to 58% of men.

The panelists agreed that it is rare for a company to encourage side hustles but for Jennifer DaSilva, President of Berlin Cameron, it is important to lean into the trend.  Berlin Cameron has launched a program to invest in employees’ passion projects and even help incubate side hustles.  The agency offers each employee a monthly day off to be used towards his or her side gig.  At Berlin Cameron those hustles range from founding Wetsox, a socks and gear line for outdoorsmen, to hosting "5 to 9," a podcast that -- perhaps not coincidentally --  profiles different side hustles and speaks to the prevalence of work that happens after work.

Outside of her own day job at Berlin Cameron, Jennifer advises startups and sits on the board of Girl Up, a UN foundation that engages adolescent girls to take action.  “It ends up benefitting the agency in the end,” she explained.  “They’re learning, they’re working with different types of people by being entrepreneurial.”

With data support from the new research, Berlin Cameron’s program aims to tap into the energy and cultural discussion around side hustlers.  “This is about their passion and doing something that involves them more in culture and gets them excited,” Jennifer noted.  “It shouldn’t feel like a pressure situation.”  As to the risk of losing employees, “If somebody wanted to go pursue their side hustle, who would I be to hold them back?” she added.  “I would be happy to support what they’re doing and even help them and connect them.”

Acquiring diverse talent will become increasingly dependent on companies’ responses to their employees’ side hustles.  How agencies and media companies choose to support side jobs will be critical as those just entering the industry may already have one.

“I’m hoping the industry as a whole becomes more flexible with work/life schedules,” Jennifer said.  “My firm belief is that it doesn’t matter where or when you’re getting your work done as long as you’re getting it done.  I hope that the industry will evolve to that thinking.”