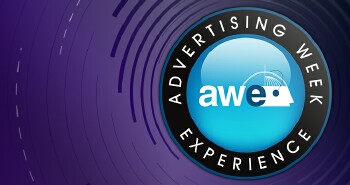 When Advertising Week launched a decade ago, Internet/digital advertising buys reached $7 billion, according to various estimates. The 2013 benchmark for that marketplace is anticipated to hit between $35-40 billion.

The big message from AOL's unique, first-ever "programmatic" upfront, drawing a capacity crowd Monday afternoon at the tail end of AW's 2013 opening day: if advertisers, agencies and content producers optimize big data and automation in a more productive manner, it will take six years instead of a decade to increase the current Web/digital annual ad take by $100 billion.

The more subdued, and possibly farther-reaching message AOL offered amid a presentation part crusade, part innovation showcase and part wide world of data-crunching relationships between agencies and sponsors: Pay attention TV, radio, print and the rest of media as we know it. Programmatic or automated ad buys will be a big way you get business going forward, if not the only way. Learn how now and act, or risk losing sales later.

A pair of segments down the stretch of AOL's presentation highlighted the second message.

Magna Global, one of five agencies announcing their intention to participate with AOL via programmatic buys next year, demonstrated a deal with the company's Adap.tv unit, for an automation process to speed the creation and placement of target audience campaigns running simultaneously on linear TV networks, Web sites and other digital media. "The time is now to shift from busy work to work that matters," said Magna North America Kristi Argyilan. She and other agency executives speaking believe the process cuts down research time and errors, while increasing development of creative multi-screen messages.

A video vignette with House Of Cards star/executive producer Kevin Spacey, taped on his Emmy-winning series' set, suggested that another benefit from adoption of programmatic technique would be a better picture of viewer tastes, resulting in more innovative, groundbreaking content. "Audiences are evolving faster than networks, maybe advertisers, And for people to realize that this is actually a really incredible time of enormous opportunity," Spacey noted. "Consumers for dying for incredibly complex stuff, and it makes sense to me that the best writers, directors, actors, producers would end up going to a more fertile ground allowing them to create what they want to create."

Accuen, Amnet, Havas Media and Horizon Media also will go programmatic with AOL's various offerings next year. They, and other agencies exploring similar relationships, will allow their upfront clients the right to lock in reserved inventory on AOL's Web and smart TV programming, to be scheduled and targeted in programmatic fashion. AOL-owned sites involved include Huffington Post, TechCrunch and StyleList.

First nominee for most offbeat demonstration of the week goes to BioBeats co-founder Dr. David Plans during AOL's event at Skylight West, making live music on the spot from data collected from the crowd's heartbeats. Cross our hearts, Plans created a catchy tune.

Busy time yesterday for some Yahoo employees. A few were stationed outside the Times Center on W. 41 St., handing out bags of black/white jellybeans and asking passersby to download a new app for another tasty snack in return. Others invaded the line of people waiting to get into AOL's upfront at the corner of 10th Ave. and W. 36th St., jellybeans in hand. Couldn't see if AOL employees outside the building were miffed or amused at this.

WebMD turned its exhibit at the Interactive Advertising Bureau's MIXX conference into a mini-spa. A comfort zone many MIXX attendees seemed to appreciate at a glance...and short-lived, since MIXX ends Tuesday afternoon.