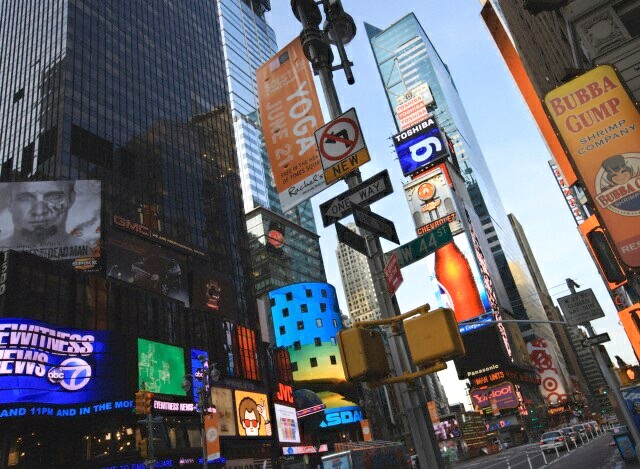 Another year, another Advertising Week, that seminal time when the industry descends upon Times Square to mingle, make connections and learn a little. Being relatively new to it, we had a lot to learn. For example, bring an external charger since outlets are few and far between. Also, do not purchase an iced coffee before going into the Times Center’s beverage-free main stage (or at least be stealthy about it). Below we share our Top 10 observations from Advertising Week 2015.

Since nearly every panel mentioned it, we have to mention ad blocking. It was the 800lb gorilla in every venue. Ad Blocking is evil, we were told. It kills small businesses and is profiteering by tech companies. Ad Blocking is the canary in the media coalmine, we were also told, and will spur new content creativity and ad-tech standards to make ad blockers irrelevant to consumers. While most execs had the same answer to the problem -- that we must encourage better, more engaging creative – a comment from New York Times CRO Meredith Levien was perhaps the most poignant: “Ad blockers are a natural industry correction for bad advertising content.” The media industry bubble is apparently very Apple shaped. Ad blockers have been around for years on desktop and Android, yet it took Apple’s approval of ad blockers to send the media world into its tizzy. 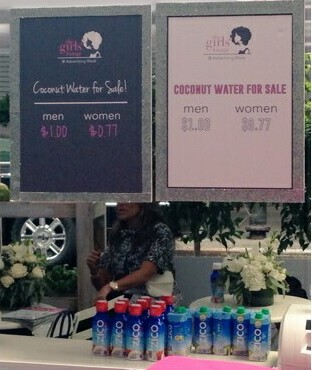 2. The Wage Gap Still Exists (But at Least Ladies Get Cheaper Coconut Water!)

Making a very clear statement about the current wage gap, the amazing Girls’ Lounge scheme pictured above was the star of the street outside the Times Center. We could listen to Girls’ Lounge founder Shelley Zalis talk all day long. Everything she said at AOL’s panel “Power Conversations: The Business of Making a Difference” was an inspirational sound bite. Here’s one: “Millennials are the purpose generation. Doing good is part of their DNA.”

We were surprised that the President and CEO of Viacom had been booted to the Times Center’s secondary stage when we went seeking a sound bite, only to discover that it was his son Philippe Dauman Jr., Director of Commerce at Twitter seated on the panel. Like we said above, we’re new to this.

If only we had a nickel for every time someone said, “Content is king.” It seems the phrase has yet to die; not that it isn’t valuable, but do we really need it repeated on every panel? It’s somewhat ironic that an industry pushing so many new and novel forms of content still falls back on an overused cliché. One session even had each speaker explain how he or she would rewrite the phrase (*cringe*).  In fact, with the abundance of talk surrounding ad blocking and the value of premium video, many panels felt repetitive. By Thursday, we were more than worn out.

5. But Clutter is Vying for the Crown

If content is indeed still King, then clutter has become Queen: Content clutter, format clutter, tech clutter, data clutter. Attending Advertising Week felt a little like observing a primordial media soup boiling away and anticipating fantastic new forms of life to emerge, either to flourish or die. It was also a topic addressed by the Fast Company C-Suite panel. Perhaps Axiom president and CEO Scott Howe summed up the current situation most succinctly, suggesting the industry embrace a new mega-theme --  “Simplify the mess” -- before the clutter becomes unusable.

NBCU Ad Sales Chief Linda Yaccarino and AOL President Bob Lord were charming and engaging in their NBCU-sponsored panel, “No Boundaries: Premium Content in a Platform-Agnostic World,” but we would have appreciated a more detailed explanation of their partnership. We had to look back to this April article from Variety to fully understand what the pair was discussing. It was not the only example of panelists referencing something without offering background. We may be novices but some context would be nice. 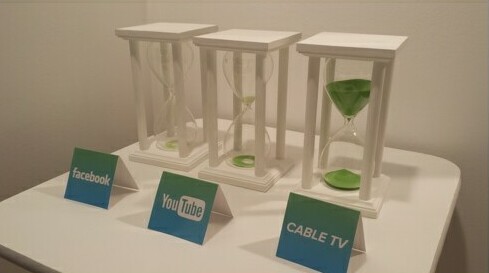 Viacom’s Scratch asks “What counts as a view?” in their interactive exhibit at Viacom HQ

At Viacom’s not-to-be-missed interactive exhibit (seriously, we’re sorry if you missed it), in-house creative consultancy Scratch revealed the intricacies of “attention” – what is it and how do you get it? According to their facial recognition software demo, we have pretty stoic expressions and do not find laughing babies worth laughing at.

8. Audio is So Hot Right Now

If Advertising Week is a game of what’s hot and what’s not, then we have the answer to the former. In several different panels, iHeartMedia and NPR both made strong cases for why audio is a singular channel that allows for a unique intimacy with radio personalities and podcast hosts. Granted they might be a bit biased, but it's hard to deny that radio is more local than TV, airtime costs less, and some podcasts are getting audiences that TV execs can only dream of. Plus, what else are you supposed to listen to when stuck in rush hour traffic? 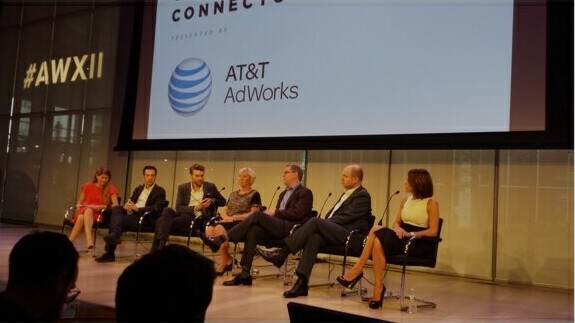 Or so said Daily Mail North America CEO Jon Steinberg at the AT&T AdWorks’ CEO Connectors panel (pictured above), adding “Sometimes you get what you don’t pay for.” We recommend you watch this session not because it was particularly informative but it was the best conversation and most quotable panel of all of Advertising Week. Someone get this group a podcast! Also, the uber-engaging Lori Hiltz, CEO of Havas Media, was on this panel, which makes it a win by default.

10. Is Advertising Week Too Big to Fail?

Has Advertising Week itself become too big and cluttered? There were certainly plenty of grumbles heard during the often-chaotic pre-session crushes. People complained about being kicked out of venues between sessions, about too many non-ad folks clogging things up (it was hard to tell students from tech people, since both tend to dress the same), about too many sessions in general of wildly varying quality and about terrible cellphone/Wi-Fi reception. (It was spectacularly bad that the media industry couldn’t sort out better connectivity.) Thankfully the rain held off.  Granted this is New York, where complaining is an art form, but surely too many sessions, too many people and too many outsiders is the sign of an industry in questionable health – one that is rapidly evolving and working through its existential crisis to embrace the world beyond the traditional media bubble. If bigger Advertising Weeks bode well for the future of the industry maybe the organizers can afford to fix the Wi-Fi next year.