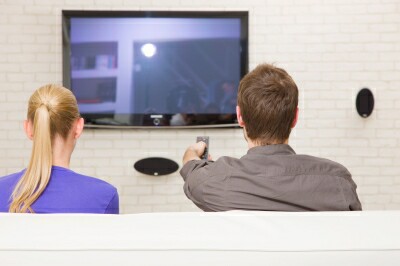 The recent Broadcasting & Cable Content Show dedicated a full half day to discussions regarding the advancements in addressable advertising, TV programmatic and transforming traditional advertising. But it was also a love song to STB data, segmentation, ROI data and analytics.

Addressable advertising is reaching scale according to Jaime Power of GroupM’s Modi Media, who said that the footprint is currently "42 million HH and expected to grow to 60 million HH" with a steady expansion from local into scatter and national outplays." But he cautioned that "addressable will not replace traditional TV because we need traditional TV for reach." I agree with Power to a point because I believe that traditional TV itself needs to evolve from a spots and dots sales model to segmentation and proof of ROI. Addressable may facilitate traditional TV’s evolution especially as addressability rolls out to a more nationalized distribution and as television itself becomes more digital in the world of 100% smart TVs.

The Traditional TV Model is Changing

The television business has been undergoing stress and change. Sales are down across many networks and projections indicate that the trend could continue. When asked if Addressable can save the TV environment, Power replied that "TV has to evolve -- it is unrecognizable compared to ten years ago. We need to understand the new landscape and find ways to measure it. Not all customers are the same. We need to get to the custom level and reach core segments … like purchase data where we can locate not just households with a dog but households that buy a certain dog food. You need to prove you can steal share by honing in on people's viewing behavior. We are using STB data and working close with analytics teams."

Research and Analytics are Critical

Virtually every panel touched on the need for measurement, targeting, analytics and usable data sets as part of their company's addressable initiative. Ben Tatta of Cablevision explained, "Data analytics is a new thing for television. Now we are conducting forensics on the data, on exposure and on response. [We recognize the] importance of first party data. For the first time advertisers can use their own customer file. Age and gender have been proxies. We now don't have to do modeling. We are literally counting Sales."

Keith Kazerman of DirectTV fielded "over 500 campaigns this year where we go into deep analytics that are more than age and gender."

What is Big Data?

A panel on big data moderated by Barry Frey of the DPAA was tasked with defining big data.

According to Chris Pizzurro of Canoe, "For us big data is about a ton of small data. We dig in and bring up insights from that. We measure each individual ad."

Eric Schmitt of Allant had a slightly different view. "We see big data and bigger data,” he said. “Big data is 120 million TV households. Bigger data is activity data. We bring them together in a privacy-safe way getting to audience based models across a range of platforms."

The pressures on the traditional TV sales model are coming from several angles. AMC’s Arlene Manos said that “TV advertising has to change. We didn't have the tools and weren't asked for the accountability but now we have accountability in digital and they want it in TV.”

Mobi’s Seth Walters cast a more somber note, explaining that “a clunky interface is part of the reason that viewers go OTT. Netflix is another reason. Roku is far easier to navigate and in some cases they are faster. Viewers can easily and quickly identify content that matters to them. What is the role of TV advertising once that occurs?”

The sales solution? Brian Stempeck of The Trade Desk believes that it is “inevitable that TV will go programmatic.”

Despite all of the hand wringing I believe that traditional television has succeeded for over 60 years because it responds to change and continuously evolves. There has always been competition from other platforms from radio and print to digital devices. While we continue to grapple with how to evolve the business model in this changing environment, new successful solutions will be found. As Adam Lowy of Dish concluded, “Eventually we will get there. TV is the first screen.” I agree.