You may not have heard about Breakthrough, but chances are, if you are a living in India, you have heard of the "Ring the Bell" or "Bell Bajao" campaign where 130 million people learned how men can stand up against domestic violence. You can read a case study about "Bell Bajao" here. The campaign has been so successful, the organization is taking it global beginning March 8. AdLibbing had a chance to interview Breakthrough founder Mallika Dutt about the upcoming global launch of Ring The Bell. Let us know what you think about the campaign in the comments!

Ad Council: Where did the original idea for Bell Bajao come from and what were the steps from taking that idea through to the initial launch in India?

Mallika Dutt: Bell Bajao ("Ring the Bell") was inspired by the many women Breakthrough had been working with on the issue of violence against women and HIV/AIDS. They said to us: you have to talk to the men. We therefore developed Bell Bajao to fill a critical void: the lack of men in the conversation of violence against women. Bell Bajao is about bringing men and boys on as partners to end violence against women — to move beyond men as only perpetrators or bystanders, and become partners in creating solutions for change. We also wanted to break the silence around violence in the home and get everyone to understand that it is not a private matter, nor a "women's issue" — and we all need to take responsibility for ending it. We took this idea to Ogilvy India, our pro bono advertising agency partner, and a young man on the creative team came up with the specific "ring the bell" concept. It was a winner from inception. Bell Bajao really grabbed the national imagination and created a whole new narrative around the issue of domestic violence in India.

AC: What did you learn from the campaign's successes (and any challenges) in India that you have applied to the international roll out? (See the preview site here.)

MD: Bell Bajao has reached more than 140 million individuals in India alone — and has been adapted in many other countries — sparking an unprecedented global dialogue about the role of men and boys in ending violence against women. It has shown men and others that we all have a stake in ending violence — and all have the capacity, and responsibility, to help do so. We've also trained over 75,000 young people in India to stand for change among their peers, families and communities.

That said, Bell Bajao required a rigourous process of formative research and baseline studies. That advance work is important in order to understand any issue and design communication accordingly. This is a critical lesson we learned thanks to Bell Bajao, and has now become a practice with all campaigns we run. Our vision for this and all of our current work is based on many of the lessons learned: culture can change culture; men can be part of the solution to ending violence; and, specific concrete actions lead to greater engagement.

That's why the first phase of the global Ring the Bell campaign is "One million men. One Million promises" to end violence against women.

AC: What do you feel is the key ingredient to making a social marketing campaign like Ring the Bell successful?

MD: Our work is really about making human rights a very organic part of popular and public culture. But in order for a campaign like Ring the Bell to be successful, I think it's about empowering individuals. To make them realize their contribution means something. A single act can go a long way, both in and of itself and to motivate others.

In general, I think it's important to keep your message simple. Keep the action clear. Make everyone part of the solution. Those are the building blocks of a strong campaign.

AC: Can you give us a preview (describe) how the campaign will roll out in the U.S.?

MD: Breakthrough is launching global Ring the Bell: One million men. One million promises to end violence against women on March 8th during the upcoming Commission on the Status of Women. We are partnering with Promundo, Sonke Gender Justice Network, Call to Men, and UN Women to officially launch at parallel events in NYC, Rio de Janeiro, Johannesburg and New Delhi.

As part of this campaign we are asking men to make concrete, actionable, measurable promises to challenge violence against women. It could be something as small as dedicating their social media outreach to introducing sexual harassment policies into the workplace or ensuring the passage of key legislation.

As with all of our work, our main goal is always to change norms and mindsets — to change culture. It is our belief that changing culture will directly change the ways in which legislation like the Violence Against Women Act (VAWA) is handled. When enough people proclaim that violence against women is completely unacceptable, then issues like the renewal of VAWA become no-brainers.

AC: What personally motivates you to keep doing this important work? How do you avoid burnout?

MD: I've been inspired by many great spirits and leaders through the many years of advancing human rights. I have deep respect for the resilience of the human spirit. If we can achieve so much against such great odds, then imagine what we could make happen without the violence and the abuse. Imagine the world we could create if women were unfettered and free to be equal partners in building a world where love, compassion and peace were the predominant values! 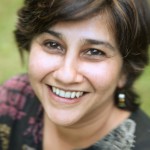 Mallika Dutt, founder of global human rights organization Breakthrough, is one of today's most innovative, admired, and effective leaders in cultural transformation. Dutt has reinvented the delivery of social and behavioral change through a mix of stirring multimedia campaigns, smart social media, cutting-edge pop culture and authentic on-the-ground community engagement. Through Breakthrough, Dutt puts innovative media tools and technology in the hands of people and communities, inspiring them to share their stories of transformation, bringing empowerment, enlightenment and opportunity to a new generation of leaders emerging from the margins. 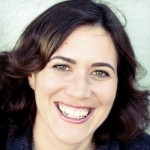 Anastasia serves as Vice President of the Advertising Council's Digital group where she manages the team in charge of digital and social strategy for all Ad Council campaigns as well as AdCouncil.org. Prior to joining the Ad Council, she lead the product development and marketing for the Inspire USA Foundation's primary service, ReachOut.com, a digital space for teens struggling with depression or other mental health issues. She has worked in media for the past 15+ years and helped launch youth oriented web and television properties for brands like Oxygen, AOL and Current TV before founding the influential youth marketing site Ypulse.com. Anastasia was one of the first graduates of the Medill School of Journalism's new media program at Northwestern University, where she earned an MSJ in 1999. Her first book about teens and technology called Totally Wired: What Teens & Tweens Are Really Doing Online was published by St. Martin's Press. She lives in the Greater New York City area with her husband and daughter.