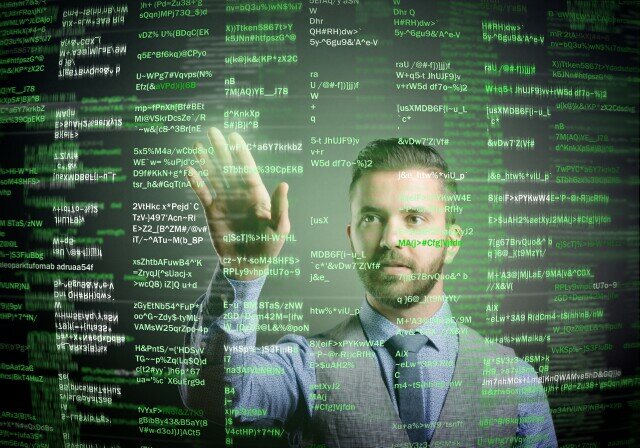 Disruption is uncomfortable, but it can be good for business. At the recent 2021 ANA Media Conference, leaders from media, agencies and brands emphasized the need to set aside outdated ad buying standards, like age and gender, in favor of more holistic audience targeting and data-driven strategies. Two companies in particular, A+E Networks and agency holding company dentsu, stood out among the crowd with their innovative solutions to target audience reach as well as gain effective ROI for their clients ad campaigns. While there's no full industry consensus on these proposed methods, there is growing agreement that the current system needs an overhaul.

For decades, advertisers have focused broadly on adults 18 to 34 years old or 25 to 54 years old, emphasizing their purchasing power and openness to new brands and services. However, when advertisers limit their campaign to a particular age group, they could miss out on a large swath of eligible consumers. That's why A+E Networks recommends a broader approach, known as a "total audience strategy," where brands direct messaging to adults 18 years old and up. By targeting a larger group, brands expand both their reach and their ability to connect with receptive consumers, particularly older Americans.

"Traditional demo-based buying and targeting was constructed decades ago and was constructed out of necessity, based on the data targeting that were available at the time," said Marcela Taberas, Senior Vice President, Ad Sales Research and Strategic Insights. "The reality is today, this approach, this system and model really constrains all of us and doesn't include really important consumer prospects."

Rather than limiting their scope to traditional demos, brands should reorient to an audience and household profile, Taberas suggested. That broader umbrella could capture viewers of different race, age, gender identity, ethnicity and sexual orientation, as well as multigenerational households and co-viewing.

Including older Americans should be a key consideration, A+E Networks said. Typically, marketers have disregarded older Americans because they assumed their buying habits and brand loyalties were already established and couldn't be influenced. Not so fast, according to A+E Networks research.

Contrary to popular belief, older Americans are open to exploring new consumer behaviors. In fact, 93 percent of adults 55 and older have tried a new product or service in the last month, A+E reported. Another study on sales impact revealed that consumers 55+ had higher ad responsiveness and conversion rate than younger groups.

Older consumers are also experiment with new technology, creating new avenues for marketers. On A+E Networks, adults 55+ consume 93 percent of their video viewing on linear TV while seven percent are on digital, and the digital audience is growing. Younger demographics view about 70 percent on linear and 30 percent on A+E's digital platforms. A total audience approach on linear and digital would capture more of all of these available viewers, Ernst noted.

A+E is working with advertisers to embrace a fuller picture of the consumers they want to reach, including households, behavioral and cultural targeting. "We've been very focused on representation and how to do a better job of more authentically representing viewer segment and cohort," Taberas said.

When audiences feel that an ad campaign is reflective of their values and life experiences, they're more responsive and engaged, Ernst added.

"Consumers of all ages are bombarded by thousands of messages a day," he said. "If you don't have brand relevance, message relevance and talk to certain group, it will just be cluttered to them."

Similarly, advertising agency dentsu is trying to improve its clients' ad effectiveness. Dentsu and its client Anheuser-Busch are working to reimagine media buying currencies and guarantees, pivoting from age and gender to strategic audiences, attention and viewability. They want networks to make guarantees on these metrics, rather than older methods.

This new thinking is radical, but it comes as the video marketplace is rapidly changing. Linear TV audiences are shrinking and competition for their attention is fierce. At the same time, digital streaming is growing and offering marketers new alternatives for their dollars. "Fragmentation is at an all-time high and consumer choice is at an all-time high," noted Cara Lewis, dentsu's Executive Vice President, Head of U.S. Investment.

If brands combine a total audience 18+ approach with an emphasis on viewability, they can reach a large and relevant audience, Lewis noted.

By digging into data, Lewis said dentsu can find ways to improve viewability. So far, she said, the agency is working with two TV network groups on pilot programs to buy based on viewability and attention. She said she hopes additional network groups will sign on by third or fourth quarter.

By thinking of linear and digital as one pool of video, the ad industry can adopt similar metrics for measurement and effectiveness, allowing for more efficient and effective investment. "We need to change legacy behaviors on behalf of clients and marketing industry as a whole," Lewis asserted.

Key to dentsu's work is reorienting sellers to guarantee delivery based on performance and outcome, and to do so requires measurement and data. One critical metric is viewability, or who actually sees an advertising message when it airs. Very often, when commercials come on, viewers use the break as a moment to grab a snack or use the restroom. As a result, a brand message might be playing to an empty room. In fact, 30 to 40 percent of the time, when an ad airs, no one is watching, said Paolo Provinciali, Head of U.S. Media for Anheuser-Busch. "Think about that waste!"

To measure viewability and attention, Anheiser Busch works with video technology company Tvision, which measures who is watching linear and connected TV and the attention paid to the content. Tvision data shows that 30 percent of the time, no one is in the room when an ad airs, Provinciali noted. His company and dentsu use that data to help optimize their campaigns. "We want to understand the environments that command the attention in the room," he said.

Brands play an important role in this new order as well. In order to capture attention, creative needs to be culturally relevant, compelling and authentic, Lewis noted. That's why she advocates a total audience approach that is as inclusive as possible.

"We want consumers to buy our products and feel really good about our ads," she said. "We want them to feel positive with what they see."