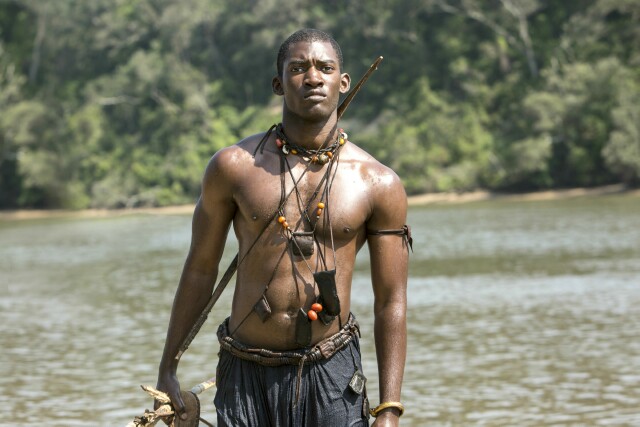 On Memorial Day, the first of four nights of the re-envisioned “Roots” saga was simultaneously telecast on History, Lifetime and A&E. Despite facing off with an NBA playoff game, the first night of the mini-series garnered a robust 5.3 million viewers.

Considering that the original 1977 “Roots” miniseries was required viewing in my household when I was a young girl, I welcomed the 2016 version starring newcomer Malachi Kirby (pictured at top) as Kunta Kinte and legends Forest Whitaker and Laurence Fishburne as Fiddler and Alex Haley, respectively. The series boasts an exceedingly representative cast, appealing to generations that both grew up with the series as well as those who are just now encountering the narrative for the first time.

“Roots” follows the lineage of Kunta Kinte, a proud warrior of the Mandinka tribe (of the Gambian people of Africa) who was kidnapped and sold into the Atlantic Slave Trade in the 1700s. I’ll be honest in sharing that my experience watching this version was nothing short of depressing. While the rich culture and community that existed in Africa has its moments on screen, viewers are overwhelmingly confronted with the ugly and realistically savage displacement and abuse of slaves in America.

In the past couple of years there have been a number of high profile slave narratives including the feature films “Django Unchained” and “12 Years a Slave” and WGN’s new drama series “Underground.” Nate Parker’s upcoming film “The Birth of a Nation,” about a literate slave who organizes a rebellion to free others, was the biggest pre-sale deal in the history of the Sundance Film Festival.

Have there been too many filmed projects about slaves? Hip-hop artist Snoop Dogg had something to say about that. His often-articulated opinion, asserting an exhaustion of stories about the slave experience and calling for positive visual representations of African Americans as pioneers, creators and innovators in America, is understandable. Of the 14 African Americans that have won an Academy Award for Best Actor or Actress (in a lead or supporting role), most took home the Oscar for portraying a negative or subservient character. At the very least, they were rarely the heroes of their own narratives.

On the other hand, we are in an era with the most varied representation of African Americans ever seen on television and in movies by way of shows like “black-ish,” “Scandal” and “Empire” and films like “Dope” and “Dear White People.”  Looking ahead, I’m particularly excited about Fox’s event series “Shots Fired,” Oprah Winfrey’s adaptation for HBO of Rebecca Skloot’s best-seller The Immortal Life of Henrietta Lacks and Fox 2000’s theatrical film “Hidden Figures,” the true story of a group of female African American mathematicians at NASA.

I have thus far found “Roots” to be timely, relevant and comprehensive in its approach to bringing new life to this story, contributing to the canon of what it means to be black in America. As difficult as it may be to watch, “Roots” is a story of identity, history and knowing who you are and where you’ve come from no matter the circumstances. That is a fundamentally American story and an important one to tell.

As Tambay Obenson, of the popular cinema blog Shadow and Act so eloquently states, we’ve barely scratched the surface of telling the American story of slavery. “Roots” provides a new generation with a starting point from which to explore this period of American history that so often gives us pause and that history books and classroom lessons have never seemed to do justice.