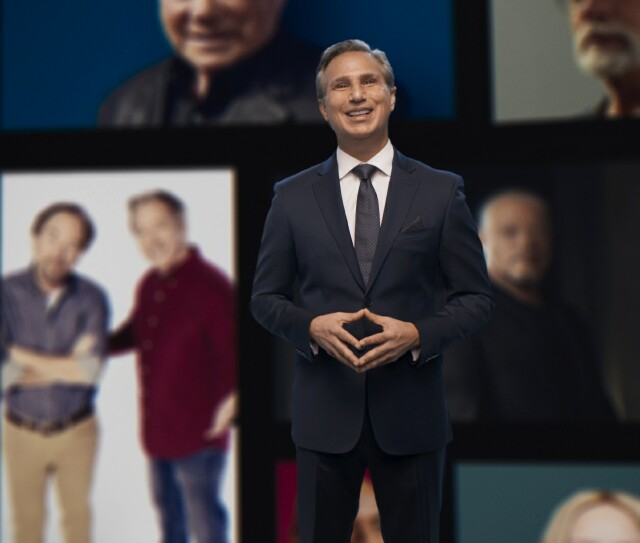 The Big Message:  All three networks will double-down on their current formats, both in the amount of original content they produce and acquire and the diversity of the talent providing that content. For A&E, that content will include an increase in documentaries, biography specials and lifestyle series. Unscripted series and hybrid unscripted/scripted events will continue to be The HISTORY Channel's stock-in-trade, while Lifetime will continue offering a mix of made-for-TV movies and slice-of-life unscripted series. During the 2021-22 season, several A&E, The HISTORY Channel and Lifetime projects will be multi-platform in nature, following their linear presentations with smart TV-distributed features, podcasts and local outreach. Advertisers and agencies will be pitched "total audience" opportunities that appeal to the widest variety of viewers.

What Worked: A half-hour presentation that didn't feel rushed to touch every base and turned most of the time over to notable people making the content -- from Morgan Freeman to former President Bill Clinton. Near the end, we got our first musical performance of this Upfront season from Danielle Brooks, the Grammy-winning singer/actress who portrays gospel music legend Mahalia Jackson in a Lifetime original movie set to premiere April 3. Her performance came with eye-pleasing visuals that went from black-and-white at the start to crisp color before the final notes.

What Also Worked: Giving viewers a second half-hour to hear more from celebrities associated with A&E, Lifetime or HISTORY Channel programming. Thanks to some clever Zoom-like technology, groups of viewers had 10 minutes to hobnob with each guest or guests (in rotation) – and, if they wished, speak up and ask questions. Ad sales executives moderated the sessions and did an impressive job. I was able to converse with Tim Allen and Richard Karn about their new History series Assembly Required. Putting that series together amid pandemic circumstances, where the subjects were homebound, was "life imitating art," Allen said.

What Didn't Work: Lack of information about Lifetime's upcoming lineup of made-for-TV movies, apart from Mahalia. Very surprising, given the big investment the network has in them, and to have more of them created, produced and directed by women.

Data Points: All three networks rank among the top 20 channels in viewership among adults 25-54. One more factoid about Lifetime's pool of original movies: 67 percent are now produced by women with larger percentages directing and on-screen.

News: More than 2,500 hours of original content will premiere on The HISTORY Channel, Lifetime or A&E this upcoming season, including 70 hours of documentaries and 200-plus made-for-TV films.

At A&E, look for a trio of special event series: Right to Offend (covering the history of U.S. protests), Secret Origins of Hip-Hop (anthology featuring rap pioneers) and Janet Jackson (a multi-hour biography simulcast on Lifetime). The network's Home.Made lifestyle series daypart will be expanded with 90-hours plus of new content.

Parting Words: "We believe in the power of working with talented creators -- names you know and names you will know. Their collective talent builds brands. Our goal is to create content with purpose as well as entertainment." -- Paul Buccieri

"[The HISTORY Channel] is a home for the curious, a destination for the adventurous." -- Morgan Freeman

"I try to find the one nugget of why should I care and the viewer should care. I want to be invested in the story." -- I Survived a Crime host and ABC News correspondent Gio Benitez, during one of his meet-and-greet sessions.

"It felt like a no-brainer for me. If I have to play any legend, it had to be Mahalia." -- Danielle Brooks, during another virtual meet-and-greet.