A&E's Documentary "BTK: Confession of a Serial Killer" Goes Inside the Mind of a Monster 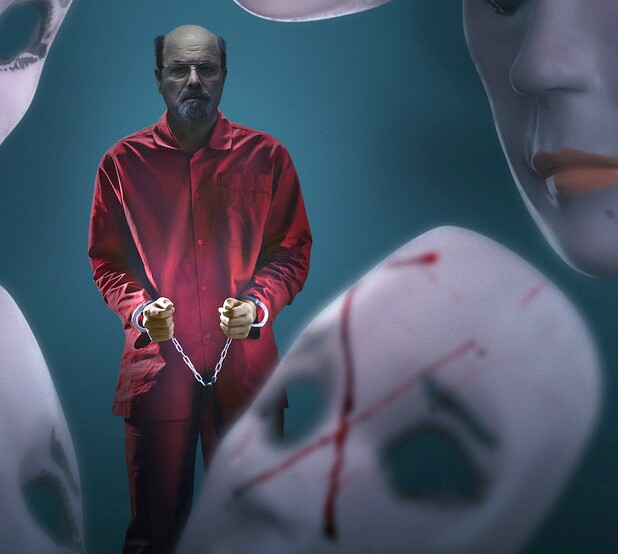 A&E Network examines the gruesome acts of notorious serial killer Dennis Rader in its new documentary BTK: Confession of a Serial Killer. Told over four installments on two nights, the program -- which includes Dick Wolf among its executive producers -- hopes to educate viewers by taking them deep into Rader's mind and unveiling the motivation behind what could make a seemingly normal, upstanding Kansas citizen savagely murder people in a spree that began in 1974 and ended with his arrest in 2005.

This chilling story is told through the lens of acclaimed author and forensic psychologist Dr. Katherine Ramsland (pictured below right), who over the years has spoken with Rader from his jail cell (something she continues to do). "I was writing for the court TV website The Crime Library in their resource area around 2004," Ramsland explained during an 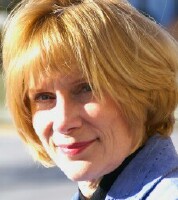 exclusive interview with MediaVillage. "One of our staff writers had covered unsolved crimes around that time, and suddenly there was communication from the BTK killer to Wichita law enforcement.

"That lasted almost a year, so we paid attention to it," she continued. "That's really how we first knew about it. We were looking at unsolved crimes, then all of a sudden [Rader] popped back up and then got caught. The weird thing was when he began to play his cat and mouse games with the law, he used material that we had published on the web site. He'll claim that he didn't, but you can't have the exact same chapters of your story by luck. He definitely looked it up and used material we had posted."

The case of Dennis Rader -- a church-going family man gone bad -- is a long and involved one. He began his 30-year killing spree in 1974 with the brutal murders of four members of the Otero family and up until his 2005 arrest took the lives of six more people. His victims were bound, tortured and killed -- hence his self-appointed moniker, BTK. As a criminal psychologist, Ramsland wanted to know what made him tick.

"Someone had approached him about doing a book," she recalled. "But (the author) decided it was beyond what she could accomplish. I contacted her, and she invited me to do the book [instead]. Then I had to win his confidence. So, I reached out and immediately we started playing a chess game where he made the board. That was one [game]. He also wanted me to solve some [puzzle] codes to see if I could. I was willing to go along with the idea as I was looking at this for psychology purposes. It didn't matter to me who won or lost. I wanted to see how he strategized, how he reacted, how he thought about different moves -- his and mine. I was looking for layers in his personality; that included the kinds of codes he used, and why he wanted to use them."

After solving Rader's first set of codes, Ramsland realized they revolved around layers of three. "I started seeing that he had circled various pictures of food," she recalled. "He was going to use food as a metaphor for what we were going to talk about. We then moved onto gardening, trains and caves. Three is the magic number for him, so I had to always pay attention when threes were part of any equation."

Through her many conversations with Rader (portions of some heard in the documentary), Ramsland had to take whatever he divulged in stride. "I approach this as a research psychologist," she explained. "It's clinical for me. I've been studying serial killers for over two decades. He's not telling me anything that surprises or shocks me. He's revealing his particular manifestation of a phenomenon that I not only study but teach a course on, both at the undergraduate and graduate level.

"One thing that intrigues people the most about someone like him [is that] he is not just a serial killer, but a family man who had a full-time job," she continued. "He was a member of his community, a helpful neighbor who was present with his church council. How does he live with the polarity … the complete contradiction of moral values, stalking and killing people, especially children, when he has children of his own and a wife? That was what I was most interested in, and he did do a lot of work with me on trying to understand how he could live with those kinds of polarities in himself."

Ramsland insists that despite being diagnosed as possessing a narcissistic personality disorder by a psychiatrist during his competency evaluation, she is not doing him a service by keeping his name in the media spotlight (something he thrived on). Her motives are purely educational.

"The four parts [of the program] are broken into distinct parts because we are not trying to make this a documentary about a serial killer and letting him go on and on about [himself]," she explained. "It's about what can we learn by talking with him that will benefit forensic psychology and law enforcement.

"That was really one of the stipulations I made when I went into working with him," she continued. "I wanted us to be able to use whatever he said to further our knowledge of serial killers, and part of that was that he doesn't have the background you typically think of -- he was an all-American boy.

"A detective recently said all serial killers have some extreme trauma in their background, [including] BTK, but that's wrong," Ramsland said in closing. "A case like this one helps us to see that our formulas are incomplete and wakes us up to the need to stay open and attentive so that we don't think we've got all the answers. Thinking we do puts us in a very dangerous position."

BTK: Confession of a Serial Killer will be telecast Saturday, January 8 and Sunday, January 9 on A&E.