Age of the Dominant Male has Passed : The Future of Men 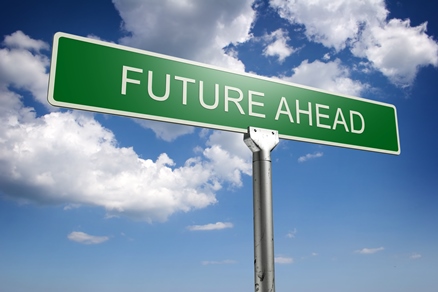 The following is an exclusive unedited excerpt from Jack Myers' next book, The Future of Men ™: End of the Age of Dominant Males , an in-depth cultural, societal and genetic exploration into the impact on men of the emergence and growing power of women. The Future of Men is a sequel to Hooked Up: A New Generation's Surprising Take on Sex, Politics and Saving the World . In this condensed chapter from The Future of Men, I explore how genetics are at the core of the transformation of male/female relationships, how men are responding to the growing dominance of women, and why the greatest societal challenge ahead is the challenge between men and women.

For those who haven't been paying attention, in the United States women now represent 80% of all consumer-spending across almost all categories of products and services. They are more influential in the family's voting decisions than ever before. For the next decade and beyond women will compose 60% of college and 65% of post-grad classes. Included among these grads is a far greater percentage of Blacks, Hispanics, Asians, Gays and other cultures than represented in the general population. This reality covers every region of the country and almost every college. Among our educated elite, white straight males are a declining minority. The political "war on women" and battles over Congressional districting and voter rights are distinctly male challenges to the fundamental and irreversible transformation of society.

One truism lives at the genetic core of every man, whether we know it or not: our time has passed. Women can look forward to generations and generations of growing dominance. As explored in Jack Myers' next book, The Future of Men,theAge of the Dominant Male has passed and no matter how aggressively some men may fight back to repress females in society, culture, business or the family, it's a genetic truth that men as a species are on a downward spiral. From North Carolina to Syria, the battles are being fought over many of the same basic issues of men's past power and control vs. an inevitable future of female dominance. Those mired in the past are genetically doomed to growing frustration, overtaken by women who are embracing the role they've been preparing for since Eve.

For all of recorded history, the male has been in control. But geneticists have been reporting that a degeneration of the male gene has been ongoing for centuries while the female DNA is strengthening. Society, simultaneously, has been experiencing the same pattern. In the past several decades – a shockingly short time – we have witnessed a steady erosion of male dominance that has accelerated past the point of no return. Men are in a downward spiral and women an upward climb that will continue until the Y-chromosome finally succumbs and allows itself to be ruled, in the womb and beyond, by mitochondrial DNA.

Everywhere we look in Western society today… across television, social media, advertising, entertainment, consumerism, politics, war, religion, education, business… we're experiencing a shift from a male to a female dominated culture. In some political and societal cultures, the battle is intense and the male backlash awesome and frightening to behold. In others, such as education and the arts, there's been a peaceful metamorphosis.

The fundamental conflict in men between holding onto and ceding control is playing out in families, companies, schools, governments and global conflicts. It will continue to play out for the rest of the century, although the balance of power has already swung toward women and the future has already been written in genetic code. This reality is everywhere we look. As all-female organizations, clubs and professional groups gain popularity and relevance (I'm even the founder of one), all-male clubs are all but obsolete and those remaining few are populated by men with canes, walkers and oxygen tubes.

But a new generation of males born post-Internet is not bound to live by the same male-imposed rules that have been passed on from generation to generation – rules like the one lesson every man has been taught: deny, deny, deny.

Next chapter: Deny, Deny, Deny: Men's Destructive Instinct to Lie. For more information and to purchase advance copies of The Future of Men, contact jm@jackmyers.com.