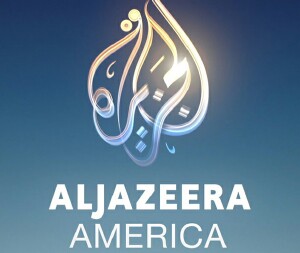 Historians of television will have plenty to ponder over when reviewing 2013. There's the explosion of original scripted series, accompanied by the extensive list of channels attempting them for the first time (Sundance, History, Hallmark, INSP, BYU, OWN, Fuse and so forth). There's the entrance of Netflix, Hulu and Amazon into scripted series (with Xbox coming up) and the revelations that more people consume their entire body of content on TV, not the personal computer, smartphone or tablet. There's the evolution and adoption of smart TV sets, where people can watch or use the Internet and original interactive applications when not watching programs.

Throw in digital video recorders in more than half the viewing households of this nation, the rebound of video-on-demand as a TV essential (to the tune of more than 10 billion views this year) and the rollout of ultra high-definition (or close) sets, and you've got yourself one memorable year.

Amid all this, it's easy to forget we had the most TV network launches and re-launches in a great while during the second half of 2013. It was almost a throwback to the early 1980s when a cable service premiered every month, or felt like it. How is this new generation of networks doing? Here's a capsule summary, along with a grade of Jacks based on their performance so far. Keep in mind these grades are on performance to date, not judgments on how these channels will make out next year. As with our upfront presentation scores, the Jacks range from 1-5 with 5 being the best.

Status So Far : Hard to tell, because the channel so far is doing little publicity on its own behalf. It has picked up cable system and overbuilder clearances among mostly small/mid-size markets.

2014 Objectives : Get attention for its news coverage, especially if it gets an exclusive development. Be more public about its format, viewer and advertiser appeal. Line up affiliates in major cities.

2014 Objectives : Show millennials are watching the network, while carrying out promise to connect affiliates with grassroots public service campaigns that motivate viewership. Increase the variety of original content. Early shows to watch: HitRecord On TV, the next-gen variety series from actor/Web sensation Joseph Gordon-Levitt, and Will, a scripted drama about the young William Shakespeare from screenwriter Craig Pearce ( Moulin Rouge/The Great Gatsby).

Status So Far : Takeover of Speed gave potential competitor to ESPN, etc. big affiliate base off the bat. Adopted theme night approach, as in college basketball Tuesdays, UFC-brand combat sport Wednesdays and so forth, capped by nightly Fox Sports Live. Solid coverage quality throughout. Some programs, including the Regis Philbin-hostedCrowd Goes Wild, are still in a period of working out their style or content kinks. Early ratings and advertiser support promising; several events getting upwards of 500,000 viewers.

2014 Objectives : Build up the event lineup, viewership and advertiser support. Major League Baseball coverage begins next spring: Make that as distinctive as possible. Have more non-event series that generate buzz.

Status So Far : Ending year with more than 50 million-plus households, thanks to Current TV takeover and Time Warner Cable carriage in New York, Los Angeles and other key cities earlier this month. News coverage and presentation way beyond initial expectations, thanks to great, diverse journalistic talent assembled under former ABC News executive Kate O'Brien. America Tonightgaining attention as solid nightly newsmagazine, up there with its peers. National advertising slim, despite appeal of fewer ad breaks per hour than the majority of other TV networks.

2014 Objectives : Convince viewers and advertisers that AJA is due respect on its own, not denied because of ongoing impression among the media world that parent Al Jazeera is anti-American. Increase time and resources for more U.S. coverage, plus excel in news exclusives.

Status So Far : Has widespread circulation, thanks to conversion of Fox Soccer Channel and other services. Move of FX's comedy series to the network (It's Always Sunny In Philadelphia, The League, etc) has resulted in lower ratings to this point. Acclaimed late-night series Totally Biased With W. Kamau Bellcanned two months after expanding to nightly from weekly on FX. Planned original animated comedy Chozen will leap and premiere on FX early 2014.

2014 Objectives : Determine focus of original content (all-comedy or mix of comedy/drama/miniseries and limited series). Once set, make that clear to viewers, advertisers and the press alike. Create at least one successful original series.

Status So Far : Curve-ball close to premiere, converting Style instead of G4 as initially planned. That threw some potential viewers off course, making it tough to find the service. No word yet on how the first set of original series have done, although The Getaway,its celebrity travel series, has picked up some press attention. The initial lineup is eclectic, incorporating early eve replays of Late Night with Jimmy Fallonand off-Starz fave Party Down.

2014 Objectives : Come through with a number of buzzworthy originals, perhaps with a move into scripted series. Tie in with Fallon's move to The Tonight Show or Seth Meyers checking into Late Night this coming February in some fashion. Side questions for parent NBC Universal: What's the future of G4? What's the future for Style's notable originals (Jerseylicious, Big Rich Texas, etc.) and the ambitious series they had in play (Rihanna's Style to Rock and the Lifestyles of the Rich & Famousrevival)?

Status So Far : Big buzz at and post-launch, thanks to flawless opening day simulcast of ABC's Good Morning America and Univision's Despierta America morning shows to highlight the network (and its morning show team), and the opening night President Obama interview. Alicia Melendez winning fans for her daily program and Jorge Ramos' primetime hour is getting more than a fair share of newsmaker interviews. Solid early advertiser support, but little news over how the more irreverent and experimental aspects of the channel are doing.

2014 Objectives : Fine-tune the network's overall mission, build new series on that base and give the experimental series already on more time to gain an audience. As with Pivot, prove the millennials are watching. (Indeed, Pivot and Univision have a multi-episode series on millennial Latinos scheduled for 2014.) Do more joint projects with ABC and Univision's family of networks to attract attention.

Status So Far : Big major-market coverage from Comcast and Time Warner Cable. Two months in, very little about the network's programming has been covered extensively. While top management led by chief executive Keith Clinkscales made the rounds of industry conferences, the public relations at post-launch came off miniscule. Where was the publicity for Grammy-winner Mary J. Blige's original Christmas concert special?

2014 Objectives : Promote, promote, promote all over the place as more original programming starts up. Break more new talent in. Keep up the network's experimental nature. Aside: May be a great natural home for scripted depictions of the music world.

Launch : December (yet to be confirmed at presstime)

Status So Far : Can't tell yet, because there's been no confirmation of the launch happening December 15 as first publicized and no information on the programming schedule. Comcast and Time Warner Cable on board with most of their systems, and General Motors is the first major advertiser, under a one-year deal that factors in branded content and product placement. The channel is drawing enormous buzz for Rodriguez's short and long-term ambitions here. Short: put on a male-oriented service that highlights Latinos and the next wave of Latino creative talent. Long: Turn El Rey into a family of networks (in the manner of ESPN/Nickelodeon/HBO, etc.) with separate channels catering to men, women and family audiences.

2014 Objectives : Meet audience expectations for a dynamic, Latino/millennial-drawing service, starting with the series adaptation of Rodriguez's movie hit From Dusk 'Til Dawn. Build a pipeline through which Latino filmmakers/videomakers can push original series on a recurring basis. Stimulate more sponsorships in the GM manner.