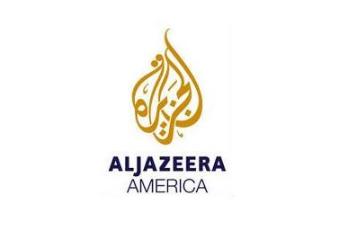 Two August re-launched networks down, one more to go this week. So far, Participant Media's Pivot has come forward from the combo of Halogen and The Documentary Channel, followed by the conversion of Speed Channel and Fuel TV into Fox Sports 1 (and supplement 2) this past weekend.

Now comes Al Jazeera America this afternoon, available from the get-go to about 60 million homes thanks to the channel spots formerly occupied by Current TV. The latest all-news service to strike up (and the second this summer, following the quiet start of One America News Network from the backers of Wealth TV), Al Jazeera America for some people stands to be the most controversial of this trio of August relaunches.

Part of what makes this channel's launch fascinating is the emphasis on being a pro-U.S. network. Pro in establishing 12 news bureaus around the country, including Miami, Detroit, New Orleans and Nashville. Pro in a desire to uncover stories and simmering issues not getting attention elsewhere. Pro in creating ways in primetime to showcase those stories and issues, such as the nightly newsmagazine America Tonight, and the investigative documentary seriesFault Lineson Sunday nights. And off the bat, pro in diversity of journalistic talent involved, including former CNN anchor Joie Chen as the lead face of America Tonight, followed by former Good Morning America news anchor Antonio Mora presiding over talk hour Consider This.

With 850-plus people hired to run and report for this service, "we're more than ready for our launch," declares AJA chief executive Ehab Al Shihabi. "This will be a channel with less opinions, less yelling and celebrity sightings. People want in-depth coverage of news that matters to them, and we'll offer that."

Al Shihabi and president Kate O'Brien know that there's considerable public perception of a negative nature to transform. No wonder that on their conference call with reporters last Thursday, and studio tours of their New York and Washington, D.C. facilities the following morning (this person attended the NY tour), executives pointed to a recent focus group showing that initial reaction to a Al Jazeera-run channel was largely negative, and when test rehearsals of coverage was presented, the result converted to largely positive.

Another element which can become a positive for AJA early on: less commercial time per hour, leaving more time for coverage. Six minutes an hour will be set aside for sponsors, compared to the 12-15 minutes an hour load on most broadcast and cable nets. Still, Al Shihabi's coy on disclosing the names of advertisers, to the point of detailing product categories in broad strokes.

One thing AJA accomplished with its week-before-launch press activity (after backing off from a presentation at the TV Critics Tour in Los Angeles late last month) was impressing observers with the scope and look of its coverage. The NY studio has one of the most flexible video walls created for news casting, the on-air graphics are clean, not overwhelming the eyeballs, and there's as much diversity behind the scenes as in front of the studio news desks.

However, what will have Al Jazeera America (and One America News) last well beyond its Tuesday afternoon launch will not be a matter of more time, impressive studios or graphics. It will be the quality of its news coverage and how much that impacts the nature of our lives. To paraphrase a quote from Edward R. Murrow, Al Jazeera America will be remembered by the answer to those objectives.