Alexis Bledel Reflects on “Gilmore Girls: A Year in the Life” 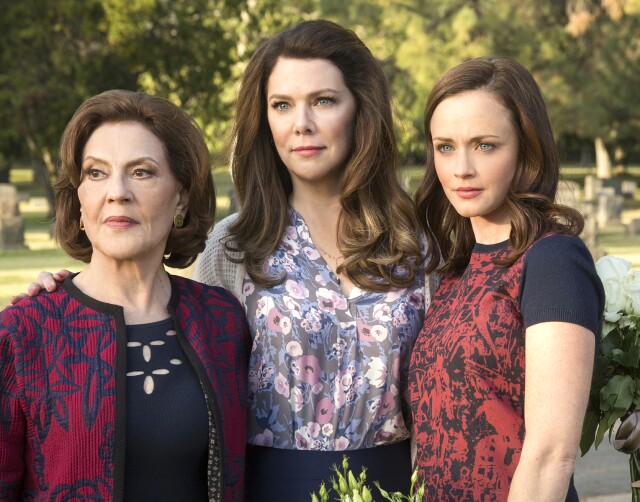 During Thanksgiving weekend Netflix dropped its much-anticipated Gilmore Girls revival miniseries, resulting in one of the most robust media feeding frenzies any original television series has been at the center of all year. Gilmore Girls: A Year in the Lifeis comprised of four 90-minute installments, each of them with a seasonal theme.

Sixteen years had passed since Gilmore Girls originally debuted on The WB (back before it merged with UPN to form The CW) and a then 16-year-old Rory Gilmore, played by Alexis Bledel, began trading witty banter with her 32-year-old mother Lorelai (Lauren Graham). It was those witty exchanges, courtesy of show creator and writer Amy Sherman-Palladino that would become the show’s trademark and over seven seasons. (Bledel is pictured top right with co-stars Kelly Bishop, left, and Graham.)

In January 2016, fans of the show – many of them having discovered it on Netflix in recent years -- rejoiced at the announcement of the streamer’s planned new installments of the series.  But according to Gilmore star Alexis Bledel discussions about reprising the inhabitants of fictional Stars Hollow, Connecticut, had long been a topic of conversation with the show’s creators before the official announcement was made. 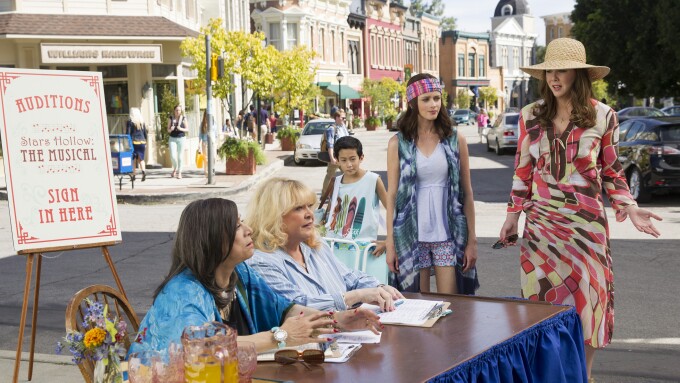 “Amy and I would talk from time to time,” Bledel recently told me, adding that she had also stayed in touch with much of the cast following the show’s 2007 cancellation. “She would kind of check in with me to see what I was working on and expressed an interesting taking these characters further.

“We would talk about different possibilities from time to time,” Bledel continued. “So I knew she was interested in a more satisfying conclusion.” (The seventh and final season of Gilmore has been widely acknowledged as a huge disappointment, largely due to the fact that Amy and her husband Daniel Palladino, who is also an executive producer of the series, had departed following a dust-up with Warner Bros. after season six.) “These characters were still very much alive for her and you can’t ignore someone's creative impulses when it comes a something like that, which is why we kept talking about it,” she added.

For Bledel, revisiting the beloved series was something she never imagined. “I never dreamt that we would all be back here talking about the show,” she said.

In addition to the “familiar feeling” of these new chapters, Bledel insists Gilmore Girls 2.0 is still a progression of the story initially told in the original series and an experience that allowed her to reflect on its success. “It's almost like getting a do- over,” she said. “To come back and visit a program … this whole thing was such a big opportunity for me the first time around so to be able to revisit that experience and do it all better … I can’t really articulate what specifically was done better, but we were able to do [the finale] the way we would have liked to do it the first time.” Of course, a big part of getting the finale right was filming that last scene featuring those final four words Amy has said she knew she would end the show with right from its first episode, regardless of how many seasons it ran.

As for revisiting her Rory character, that was easy. “It was as if no time had passed at all,” the now 35-year-old laughed.  “It was actually pretty easy. You get the script from Amy and the way it’s written just informs you as to how it’s supposed to be said. It’s all there on the page.”

Still, there were a few minor adjustments. “It did feel very different, it really did,” she continued. “It was almost like crafting a new character in a sense because there is a completely different approach. My life experience now is completely different from what it was when I was 18, so I was able to pick and choose what I wanted to bring with me and create the rest.”

While she laughs off the possibility of eventually playing a 70-year-old Rory, Bledel does embrace the character and the importance of what she means to fans of the original series. “Going into this experience knowing what she means to people and knowing how many young women she's inspired to work hard and pursue an education at the highest level, you treat the experience with great care knowing these things,” she said. “I carried that with me and it's inspiring for me.”

When it comes to questions about the possibility of more Gilmore Girls Bledel will say only, “Who knows?” She just hopes viewers have as much fun watching the new batch as she did making them. She’s also letting fans in on a little secret: Unlike when the original series ended, this time around she did keep a few Stars Hollow souvenirs when production ended.

“I didn’t take anything when the show wrapped originally,” she laughed. “Although the wardrobe designer gave me a few sweaters and things that I always wore to stay cozy. But I took a few items this time, just a couple of things from the set of our house. A Yale banner that hung across a mirror and some chachkies that looked like gifts that maybe Rory's grandfather might have bought back for her from his world travels, like a Hawaiian doll and some masks that could be Indonesian.”