Stuart Elliott Report: All the Print That's Fit to Mourn 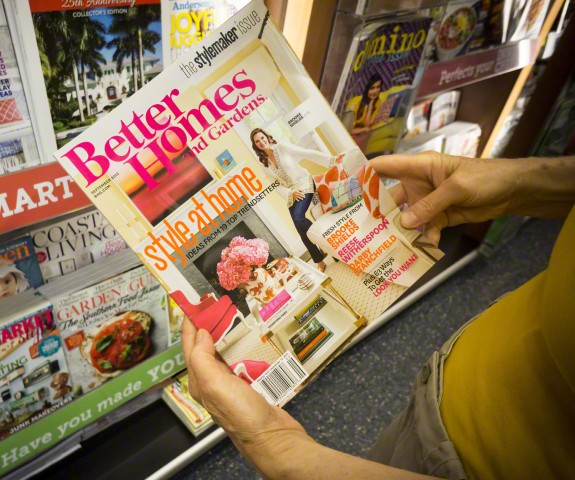 During all the recent struggles of print media, I've been optimistic about the fate of magazines -- or at least less pessimistic about what will happen to them than what's in store for newspapers. Now, though, I must wonder if I've been channeling Pollyanna.

The reasons for my newfound skepticism are a couple of surprising, and puzzling, deals being made by two marquee names in magazine publishing, the Meredith Corporation and the National Geographic Society. The industry is diminished by both transactions, as are, I fear, readers and advertisers.

Meredith, with an illustrious history in magazines that dates to 1902, has agreed to be acquired by a second-tier firm, Media General, known best, if at all, for selling most of the newspapers it owned to Warren Buffett's Berkshire Hathaway. The rationale behind the $3.1 billion hookup of Media General and Meredith is the television stations that are part of the companies' holdings; the combined Meredith Media General will be the nation's third-largest proprietor of local TV stations.

Sure, it has become commonplace for media outfits with print and TV holdings to favor the television side of the ledger, to the point where companies such as Gannett and Tribune separated their TV and print properties to insulate the TV assets from the woes of print. And some coverage of the deal carried headlines like "A Magazine Stalwart Is Sold for Its TV Assets." But the executives are treating Meredith's blue-chip magazines not with indifference, or even benign neglect. It's more like abuse.

Guess which word was nowhere to be found in the lengthy news release about the transaction? "Magazines."

Yes, believe it or not, "magazines" was M.I.A., while the word "print" appeared but once. The magazines were referred to using such euphemisms as "leading multiplatform national media brands" and "Meredith's national brands," as if they were something not to celebrate, or at least acknowledge, but to be ashamed of.

And it wasn't until the 17th paragraph that some of Meredith's magazine titles finally were listed, and only four at that (Allrecipes, Better Homes and Gardens, Parents and Shape). Omitted without explanation were such familiar names as American Baby, Every Day With Rachael Ray, Family Circle, FamilyFun, Martha Stewart Living, Midwest Living, More and Traditional Home.

Also absent from the release were Meredith's many Hispanic publications. That's amazing considering that the Spanish-speaking population is the fastest-growing segment of the American consumer market. You'd think that one company buying another would want to play up some of the most attractive aspects of what it's acquiring: "Hey, look at our foresight, we now own a lot of Hispanic media!"

All that preliminary anti-print behavior strongly suggests the game plan at Meredith Media General will be to sell or spin off the magazines after the deal concludes, perhaps revisiting an abortive attempt to combine Meredith with Time Inc.'s magazines. We only can hope so, otherwise it may be necessary to intervene with a magazine industry version of child protective services.

(Gayle Butler, editor in chief of Better Homes and Gardens since 2006, must be relieved. She said in June she'd be leaving Meredith after 30 years and the September issue is her last. Talk about good timing.)

As worrisome as the fate of Meredith's magazines is, at least they aren't being taken over by a company that, say, campaigns against literacy. But the National Geographic Society, and its flagship magazine, National Geographic, are expanding their relationship with 21st Century Fox, whose executive chairman, Rupert Murdoch, is a vociferous skeptic of climate change. An enterprise founded on the principle to "increase and diffuse geographic knowledge" now will belong to a mogul who complains about "endless alarmist nonsense" on climate and blames "extremes greenies" for hindering growth.

The honchos at Fox and the Society insist that science reporting won't take a back seat to the Murdoch political agenda. We heard similar assurances when Murdoch assumed control of newspapers including the Wall Street Journal, which never kept him from firing editors and otherwise meddling.

Steps immediately should be taken by outside, independent authorities to keep Murdoch from interfering with National Geographic's mission. I nominate as a good guardian the Union of Concerned Scientists, which in a recent study found that 72 percent of the reports about climate on Murdoch's Fox News were misleading.

Otherwise, the iconic National Geographic logo of a yellow portrait frame might as well be replaced with caution tape warning, "Contents under pressure."