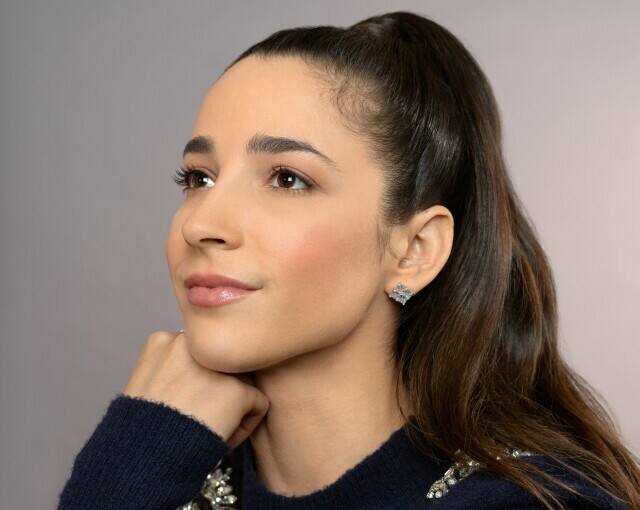 Championing women's issues has been Lifetime's mission since it launched in 1984 ... and it hasn't stopped since. So, let's take a moment to recognize two recent critically important accomplishments directly linked to the network: R. Kelly facing life in prison when he is sentenced in May, and the 99 percent increase last week in calls to the National Sexual Assault Hotline (800.656.4673). Both are results of Lifetime programming, Surviving R. Kelly, a two-season docu-series that premiered in 2019, and Aly Raisman: Darkness to Light, a three-hour documentary that aired at the end of September, respectively.

"We are just blown back and so happy that the women, the survivors from R. Kelly, were validated, that people believed them, which is such a huge piece of the healing and everyone was talking about," said Amy Winter, Executive Vice President, Head of Programming. "And to have it [particularly] from Black women who are so frustrated with not feeling like they have been heard … it is an absolutely powerful moment.

"Our points of entry on both of those projects were different," Winter continued. "With R. Kelly nothing was happening, and Lifetime brought that to life and was creating a change. With Aly Raisman (pictured at top), we entered that conversation at a different point: 'Okay, I have gotten this level of justice, but there is still more to be had. I want to focus on how we get to this healing moment.'

"With SRK, some had made that pivot to that path of healing," she added. "So much of it was still trying to share their truth, and that was very painful. So, what I'm hoping is that out of this, they must be feeling that they made this happen. We will see what happens with the Chicago trial."

Found guilty in New York City of a slew of charges, including kidnapping and sexual exploitation of a child, Kelly faces additional charges in Chicago. Before the Lifetime series, however, he had been acquitted. The Peabody-winning series made people finally listen to the accusations against the powerful R&B singer. It aired as the #MeToo Movement was constantly in the news. The movement was started in 2006 by Tarana Burke, a Black activist and survivor, and it became famous when Alyssa Milano tweeted about it 11 years later.

Burke is among those featured on the Raisman special, as survivors of childhood sexual abuse talk about healing. Raisman, the retired Olympic gymnast and one of 265 known survivors of Larry Nassar, the former USA Gymnastics team doctor, spoke with survivors and those who work toward helping them heal.

The day after the special, RAINN, the national hotline for survivors of sexual abuse, saw a 99 percent spike in calls.

"We thank Lifetime and Aly Raisman for their collaboration on this project and for highlighting not just the impact of child sexual abuse, but also offering hope for survivors, letting them know they are not alone and that healing is possible," Erinn Robinson, RAINN press secretary, said in a prepared statement. "We continue to see the very real impact television can have on survivors reaching out for support, in addition to educating the public on the far-reaching effects of sexual violence."

Airing this was a natural for the network.

"Lifetime wanted to work with Aly because we admire her platform and knew that she was trying to tackle a topic so critically important to our audience," Winter said. "We were incredibly excited to help her. She had a very definitive approach to how she wanted to go about her special and project. The trauma has happened. Now what? How do we help survivors post-trauma? And then we realized we might be talking to people in the midst of it right now."

Darkness to Light was similar to Surviving R. Kellyin that both gave voice to survivors of childhood sexual abuse. Raisman's loving kindness shines as she talks with women and men who survived heinous acts as children. In addition to hearing their traumatic stories, the documentary features experts such as Anton Gunn, a board member of Darkness to Light, a non-profit dedicated to stopping the sexual abuse of children. He stresses that this is an adult problem, and the burden should never be on the children.

Like Raisman, about 90 percent of abused minors know their predators. And even when the felon is imprisoned, as is Raisman's – disgraced former doctor Larry Nassar, now serving a 175-year sentence – that does not mean life returns to normal. The nightmares don't just stop because the assailant is doing time.

"Once he was put in jail, a lot of people thought it was done; we're fine," Raisman says on the documentary. "Knowing that he's locked away and can't hurt another child is really important. But it doesn't mean that everything's OK. It doesn't mean that we don't have fears or PTSD that creeps up in ways that someone else may not understand. It doesn't just stop."

Recounting graphic details of rape remains triggering for survivors, to which Raisman and the network were extremely sensitive. The doc issues a warning five seconds before someone launches into specifics, providing viewers who need to mute time to do so. Winter found she used the warnings and muted.

"I was watching it with my 15-year-old son, and my younger girls (10 and 11) kept walking through the rooms, and I didn't want them to hear it out of context," she said.

Ultimately, Winter's goal is not to need to tackle such traumatic issues.

"My hope is there will be no need for any more cases -- that we just end it," Winter said. "That is a very amazing, big goal, but that is one worth shooting for in terms of trying to prevent it and raise awareness for sexual abuse. This one really leans into children. It is a big north star."