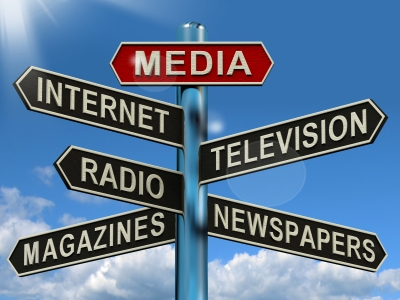 Amazon, a newcomer to the ad sales business that is launching it first original video series next month, has already established itself as a leader among advertising executives, ranking third overall among 71 legacy media and digital media companies in the 10th Annual Digital Media Satisfaction Survey conducted among 300 advertiser and agency executives by Vision Critical for MyersBizNet. Among the 42 "digital native" companies evaluated by ad execs in the MyersBizNet survey, Amazon is among the leaders in every performance category.

Rankings are based on the percentage of respondents rating each organization (with which they are familiar) 4/5 on a five point scale. Amazon achieved high average performance scores among more than 80% of respondents, an achievement accomplished only by Google and another surprising over-performer, Martini Media (although the respondent base for Martini was considerably smaller).

The positive performance scores for Amazon spanned a wide cross-section of ad industry executives, including digital and full-service media agency execs; New York and non-NYC-based execs; those targeting both male and female demographic targets; and both male and female respondents. The only meaningful disparity is age-based, with those more junior having significantly more positive perceptions of Amazon's ad value and organizational performance. The survey was conducted online in August/September. A full methodology and full report details are available to MyersBizNet premium members.

Tremor Share Value Plummets Weeks before Investors Can Cash Out

Just a few weeks before the standard six-month lock-out for early investors was set to expire, Tremor Video shares collapsed after a massive sell-off by public shareholders and institutions. The sell-off followed an inexplicable management report on underperforming fourth quarter sales, although all early indications were the results would sustain the stellar performance delivered for several quarters prior to and immediately after the company's public offering in June. As a result, the value of shares held by management, advisors and several investors declined from a high of more than $10 a share to slightly more than $4 per share as of Friday's close.* Investors who hold restricted shares are required to hold them through mid-December. The question is now whether there will be a further sell-off at that time or if management and investors will hold their shares in anticipation of an upswing in the company's performance. Tremor's shocking set-back is especially confusing based on the positive performance ratings the company receives from ad executives and advertisers' growing commitment to video advertising.

Among the 42 digital native companies rated in MyersBizNet's Annual Media Satisfaction Survey conducted by Vision Critical among 300 advertiser and agency executives, Tremor Video ranks fifth overall, and second for Value for the Investment. An impressive 88% of respondents who do business with Tremor rate their Value for the Investment 4/5 on a five point scale, second only to Google.

The results of the survey point to some concerns, but even though several other companies achieve higher average ratings for customer service, more than two-thirds of respondents rate the organization 4/5 on a five point scale in that category. The survey was conducted online in August/September. A full methodology and full report details are available to MyersBizNet premium members.

*Jack Myers was an early member of the Tremor Advisory Board and is a shareholder of the company.