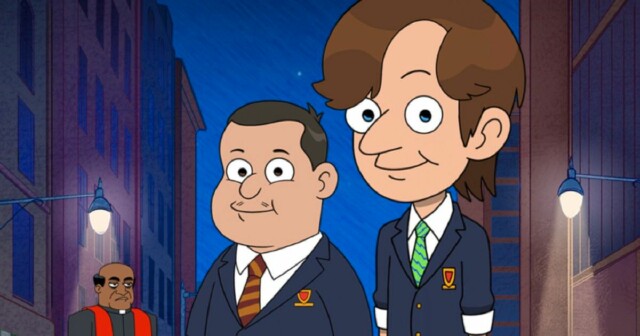 Among the new AMCN digital originals is Better Call Saul Presents: Slippin’ Jimmy (pictured at top), an animated series following the antics of pre-teen, pre-Saul "Slippin' Jimmy" McGill in Cicero, Ill., in the early 1980s. It's presented in the style of 1970s-80s Saturday-morning cartoons. Celebrating the final season of Better Call Saul and written by the BCS team, the animated series will be widely available on a variety of platforms beginning June 13.

But that's just one of many shows about to come on tap, explained Kevin Dreyfuss, Senior Vice President of Digital Content for AMC Networks. "We've developed shows like Show Me More, our behind-the-scenes format, and one that's focused on the Anne Rice universe, Obsessed with the Vampire, which are built to hit so many different audiences in the digital and the streaming space," he said. 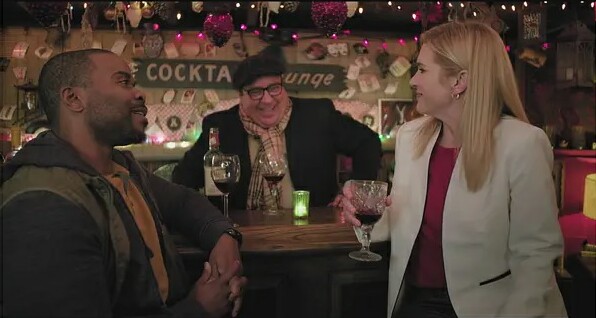 Much of the Content Room’s original programming involves active integration from brands. A particular example of this is Cooper’s Bar (pictured above), an exclusive short-form comedy series, which integrates the Bacardi brand. Its executive produced by Rhea Seehorn of Better Call Saul, who also stars as one of the denizens of a unique watering hole created by character actor Cooper in his quest for the perfect Tiki lounge experience behind his L.A. bungalow. Cooper is played by Lou Mustillo, who really has a Tiki bar in his backyard. In fact, that's where the show was conceived and is shot.

"It's just a great project that we were really excited to get involved with and get off the ground," Dreyfuss said of Cooper’s Bar. Integrating Bacardi was "a no-brainer," he added. "They could actually become a somewhat meta plotline within the show itself -- which is kind of rare, but we have the ability to do that. This is one of those success stories that we can take out there and say, 'Look, we are creating content that our fans really want, but are also ways that your brand can comfortably be a part of.'" 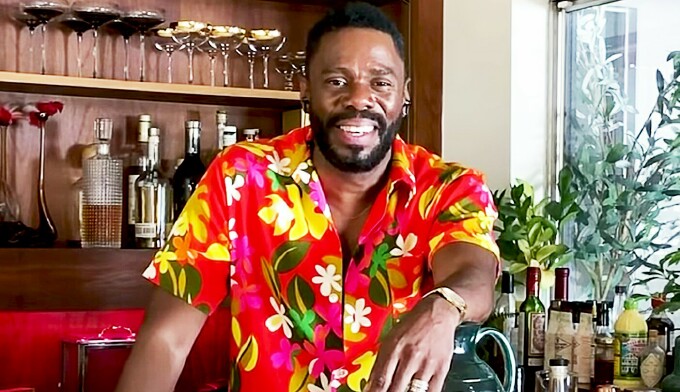 One of the Content Room’s earliest brand integrations involved Bottomless Brunch at Colman’s. In the series, Colman Domingo (pictured above) of Fear the Walking Dead and HBO’s Euphoria invites colleagues and friends "into" his home for a virtual "Sunday brunch" featuring food, cocktails and conversation.

Debuting in 2020 as a digital short during the initial COVID-19 lockdown, the show is now an ongoing series featured across multiple digital and linear platforms, as well as a podcast. It's sponsored by Diageo brands. Bottomless has led to another new entry in the Content Room slate: You Are Here, a digital travel series featuring Domingo's personal exploration of cities and places that have played a special role in his life.

In discussing the genesis of Bottomless, Dreyfuss quipped: "Colman is a force of nature. If you saw any of the 30,000 movies he was in last year, you know the man has amazing range." Dreyfuss and his team eventually focused on tapping into Domingo's knowledge of and connection to the cocktails space -- and the fact that "he is one of these guys who seems to know everybody," Dreyfuss said. "During the pandemic, everybody had a lot of time. So, the timing was perfect."

In the beginning, there was no brand attached to the show. "It was really just scratching a creative itch for Colman, and our desire to branch out in terms of creating originals for our digital spaces," Dreyfuss recalled. Then numerous brands came calling, and Diageo ultimately made the most sense. "The key was the ability to authentically attach to real conversations around culture, and what was happening around us at that time," he explained. "Diageo could be connected to that, play a role in facilitating those conversations and actually serve as the ‘glue’ that brought all those people together."

Dreyfuss believes that it's also the flexibility of timing and format that will draw both viewers and advertisers to shortform shows like Cooper’s Bar and other upcoming Content Room programming. Among them is Dead in the Water, a prequel series born of the world of Fear the Walking Dead; Managing Brat, a fly-on-the-wall look at the lives of the stars of the popular WEtv and ALLBLK series Brat Loves Judy, and Generation Dead, a new digital documentary celebrating the fans of TWD.

There's also another digital series in the Anne Rice universe, The Night Island, set at a resort that caters to vampires and mortals alike. A new digital version of the cultural-discussion series Can We Talk About This?, hosted by comedian Jordan Carlos, will premiere in 2023. And the final installment of the Emmy-winning digital short-form series Better Call Saul’s Training Tapes is also in the works.

Although both Cooper’s Bar and Dead in the Water will have exclusive runs on AMC+ first, they -- like the rest of the Content Room slate -- will be distributed on linear, social, online and on-demand channels as well.