AMC Networks' Dinner with the Stars: Upfront News and Views 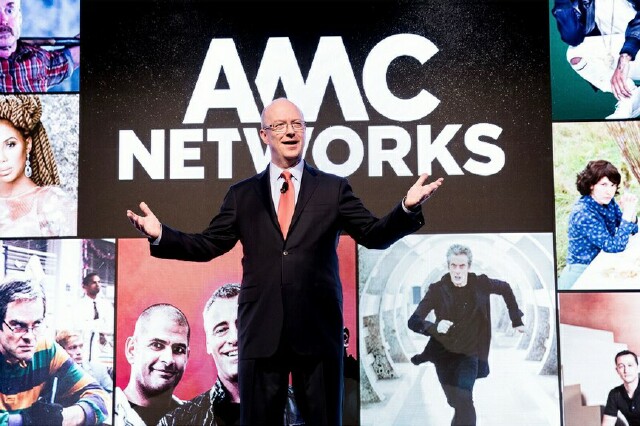 While other cable-distributed channels dropped out of the 2017 New York Upfront scene, AMC after a two-year absence bounced back in with yet another unforgettable presentation.  This time, however, AMC was joined by the other networks in its fold -- IFC, BBC America, Sundance TV and WE tv.

Venue: Skylight Clarkson North at 572 Washington St. near the West Side Highway, the first site of TechCrunch's annual Disrupt NY festival. If you didn't notice the check-in table walking up or down the street, you could have passed this event by. However, once a freight elevator brought you to the second floor, there was no doubt about the destination. Three spacious rooms were used: one for networking and plentiful appetizers with monitors and movie theater-type posters from various series, one for dinner and the formal presentation with elegant tables throughout and enormous video walls on either side, and the third for after-presentation appetizers, drinks and plentiful photo opportunities. Plenty of room to circulate or stop and take in the action. Grade: 4.5 Jacks

Presentation:  Each channel's ability to consistently engage or impress viewers was the overriding talking point, starting with the welcoming remarks by AMC Networks National Ad Sales President Scott Collins (pictured at top) during the cocktail hour. "You're on a search for impressions, and we've been right there with you,” he told the crowd. “Now we're also on a search for engagement."  The more engaged viewers are, the surer the bet they will not skip ads within the programs they watch. With five networks in tow, there's a wider opportunity for sponsors to maximize their impact with viewers. "Upfronts have become magic shows for individual networks," he continued. "But its magic content people care about.  You don't want viewers to be indifferent to your ads.” Before attendees headed to the next room, Collins invited six to eight companies in key product categories to combine their future AMC Networks buys with charter participation in a data platform showing how those buys perform, compared to the entire TV universe.

From there, AMC brought back one of the key features behind its last Upfront go-round:  A sit-down multi-course dinner with stars and showrunners circulating to different tables. Each table had three personalities during the meal, one for each course -- appetizer, entree and dessert. (My table had, in order, Amanda Peet of IFC’s Brockmire,Lil’ Romeo of WE’sGrowing Up Hip Hop and Samuel Barnett of BBC America’s Dirk Gently's Holistic Detective Agency.  Also before each course, AMC executives reviewed current and upcoming series at different channels. For the second straight time, AMC President Charlie Collier was the foil of a bit involving The Walking Dead.  There was no zombie ambush mid-speech this time (as happened two years ago); instead, TWD star Norman Reedus challenged Collier not to mention TWD (AMC's mega-hit series) in his remarks for $100 per minute. Challenge accepted, with $1,200 made in the bargain. A montage of and by TWD fans was one video highlight. Another was a segment from BBC America’s Planet Earth II with an iguana being chased by hordes of deadly snakes that, seemingly doomed, somehow escapes (drawing cheers and applause from the audience). "I've seen this 250,000 times, and at that moment, it gets the same reaction," acknowledged BBC America President and General Manager Sarah Barnett.  Grade: 5 Jacks 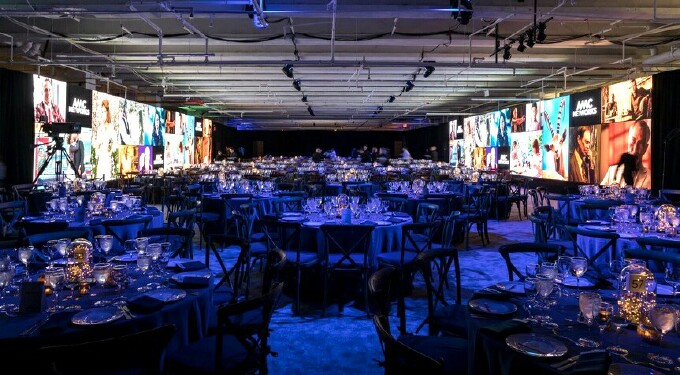 News:  Brockmire makers Funny or Die will launch an original night of programming on IFC this fall. It's the first time any organization has put together a project of this nature for the channel. Specific show details are forthcoming. Sundance TV, thanks to a deal with Amazon Studios, will become the second home for Emmy/Peabody-winning Transparent this summer. The first two seasons of Jill Soloway's creation will be offered with commercial breaks.  At least three scripted series will debut on AMC this year (The Terror, McMafia and Loaded) and two in 2018 (The Spy Who Came in From the Cold and Lodge 49). Growing Up Hip Hop will soon get a spinoff set in Atlanta. Grade: 3.5 Jacks

Host:  Nothing less than an A-game from each host -- Collins, Collier, Barnett, WE tv President Marc Juris and IFC President Jennifer Caserta. "I couldn't sneak off to bowl with the cast of The Americans," Caserta quipped in reference to FX running its annual bowling party (plus star-studded Fargo Season 3 screening) the same night. "It was all worth it," she added.  All of their presentations were engaging, entertaining and to the point.  Grade: 4.5 Jacks

Star Time: More than I could count, with all five networks well represented.  Nobody I saw went away dissatisfied.  If Orphan Black star Tatiana Maslany had been there it would have been perfect.  Grade: 4.5 Jacks 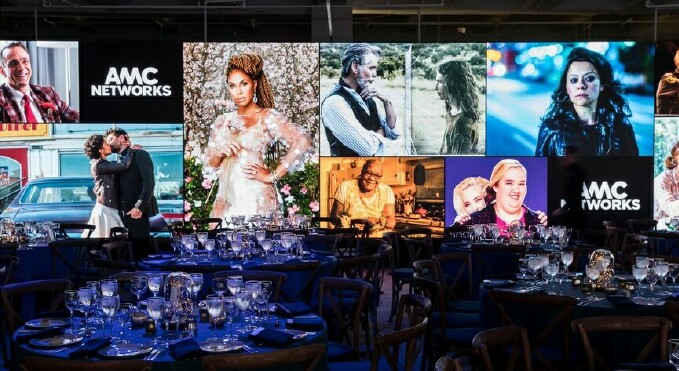 Innovative Opportunity:  IFC's upcoming Funny or Die primetime night.  It will gives sponsors a unique ability to multi-platform two brands at once -- IFC and Funny or Die. Grade: 3.5 Jacks

Overall Grade:  4.5 Jacks  To quote a Broadway song classic, "some enchanted evening."  High quality in all the key aspects, and kudos to all the talent for letting attendees get to know them.

Next up: Azteca America