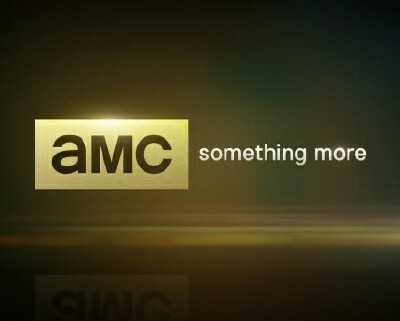 Venue : Pier 36, the spacious indoor facility that played memorable home to USA Network's upfront and YouTube's NewFront last spring. While the venue is difficult to get to, AMC provided buses, vans and cars for guests. The place was divided into two rooms this time out--one for before/after presentation time, framed by yellow curtains, and one for the presentation, framed on three sides by large multimedia screens. Best food of the night: appetizers ranging from duck pastrami and wild mushroom flatbread to tuna mahi (rolls). Grade:5 Jacks

Presentation : After opening remarks from AMC president Charlie Collier about how record-shattering a year 2013 was, everyone was invited to partake in something rarely enjoyed at an upfront -- a sit-down dinner. Here's the something more: A trio of stars and creative talent were at each table and rotated throughout the meal. My table had Mad Men star Jon Hamm, Breaking Bad/Rectify/Halt and Catch Fire executive producer Melissa Bernstein (a Tomorrow Will Be Televised guest last year) and Hell On Wheelsco-star Christopher Heyerdahl, all in engaging form. At Jack Myers’ table, AMC President, National Advertising Sales Arlene Manos with Mad Men star Elizabeth Moss, Breaking Bad and Just Call Saul supporting actor Mike Ehrmantraut, and Hell on Wheels co-star Kasha Kropinski, all charming and on their game. Most of the 50 stars at the dinner were flown in from L.A., an investment even the broadcast networks have been reluctant to make in recent years. At several points, the screens flashed videos from Mad Men, Turn (launching this Sunday night),Better Call Saul, Hell On Wheelsand Halt. For the Turn sequence, animation showing a 2014 lower Manhattan skyline morphing into New Amsterdam pre-American Revolution led into the clip, and a mock battle followed it. Talk about immersive, You Are There style. Other highlights: a live solo violin playing to Hell scenes, a mock infomercial for Saul's law practice and Collier overtaken by zombies from The Walking Deadwhen wrapping dinner up. Truth be told, it was spooky to see attendees return to the pre-dinner room with zombies in front of them, behind them or either side of them. Once clear, attendees enjoyed a 1980s salute complete with DJ (insuring the upfront streak of playing "Happy" came to an end), video game arcade and booths to meet and greet cast members. Grade: 5 Jacks, plus 10 Jacks for the creativity and multimedia sequences

News : Not much, due to AMC releasing all its details the day before. However, Collier's pre-dinner speech clued us in that A) Game Of Arms, the rookie reality series about arm wrestling competitors, will return next year; B) there will be much focus on Preacher, Seth Rogen and Evan Goldberg's adaptation of the controversial comic book ("a big event" of 2015 in Collier's words) and C) We Hate Paul Revere is on fast track to be AMC's first scripted comedy. Notable and missing from many reports on the channel's extensive development slate: Silent History, a drama from Party Of Five/Masters of Sex executive producer Amy Lippman about children born without any way to communicate. This would be the first TV series originating from an iPad or iPhone app if it moves forward. Grade: 2.5 Jacks

Host : Collier is as engaging an executive as they get. Many an attendee got a chuckle when the zombies pounced on him. Grade : 4.5 Jacks

Overall Grade: 5 Jacks An imaginative bar-raiser and sure-fire candidate for best event of 2014.

Next up: CMT leads off April this week.