"American Housewife" Katy Mixon On Motherhood IRL and On TV 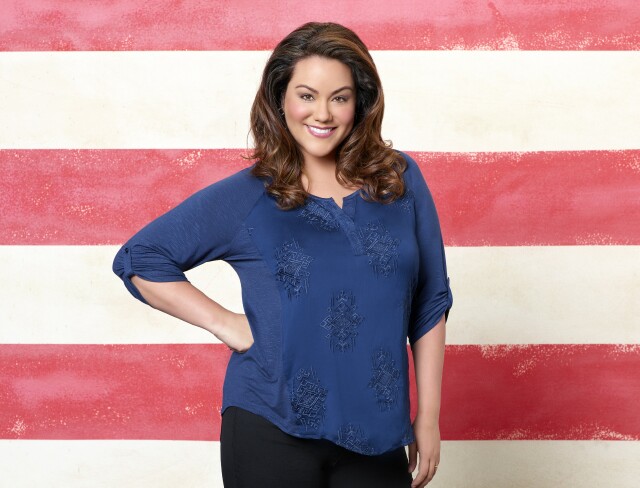 As Katie Otto on ABC’s American Housewife, Katy Mixon epitomizes how to maybe not talk to your kids.  While the show was initially met with criticism from some parenting groups for Katie’s irreverent parenting skills, the series quickly made it apparent that for all her bravado, deep down Katie is really just a caring mom at heart.  Going into the series' second season, things changed for Mixon. The actress became a new mother in real life, and one with a totally different view on child rearing than that of her character.  “It's one of the most miraculous things I've been in the midst of,” she said of motherhood during a recent exclusive interview.  “My fiancé [Breaux Greer] and I are beside ourselves. It's wild and I'm so humbled.”

For Mixon and Greer the timing of their first child couldn't have been better.  “I'm a firm believer in whatever was meant to be will be,” she said.  “It literally just happened.  I went on hiatus and was pregnant through the whole thing [until] the end of March, had the baby in May and [then returned to work].  I think the angels had my schedule worked out pretty well."

The only drawback to being a new mom, as is true for all new parents, was actually going back to work.  “It's been hard,” she admitted.  “I am trying to marry the two while wrapping my head around it all.  But now the early calls won't be too hard as I'm generally up at 5 a.m. anyway pumping and breastfeeding.”

Mixon acknowledged that thanks to American Housewife she does have some experience (albeit questionable at times) in rearing teenagers -- but a newborn? “Oh I know how to handle the teens,” she joked.  “But a baby?  I need the baby to grow up!”

According to Mixon there was no talk of her real pregnancy being written into the series.  However, the show’s writers did create a fake pregnancy at the end of the first season -- all a plot point on behalf of her character to get out of mandatory volunteer hours at school.  It of course backfired horribly and infuriated her fellow Westport, CT moms, leaving Katie to somehow redeem herself.

“The Westport moms still hate me,” laughed Mixon.  “I didn't want to be the most terrible black sheep, so Katie had to do something [this season] that she hated, which was to volunteer for the spring gala.  So we literally just continued the storyline.

“It's so special to be given this gift,” she continued.  “I'm really excited to be given the opportunity, as an actor, of getting to do a second season.  Season one was a lot of backstory and introductions.  Now we can just play and it's just amazing because we don't have to introduce everybody."

Mixon has an interesting take on why she thinks her character ended up the anti-parent poster woman.  “I think everybody relates to insecurity,” she explained.  “It doesn't matter where you come from or what your background is; everybody knows and understands that feeling.  It's about marching to the beat of your own drum and not looking to the left or right and literally celebrating who you are.  It's all right not to be perfect and tomorrow's always a new day.” 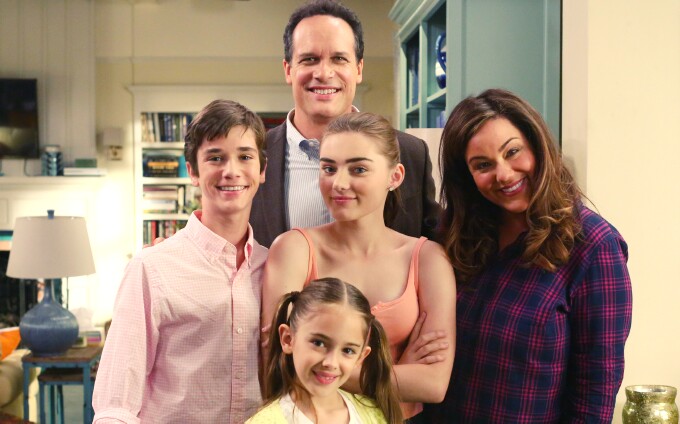 While Katie is far from the perfect mom, Mixon believes she's not all bad.  "Katie still does kick ass; that's the thing,” Mixon explained.  “There are days that she's not feeling good but she knows she's awesome and that's humanity.

“There are those days when you are, ‘I’m feeling terrible about myself,’ then there are others where you feel like yourself and know you can conquer the world,” she continued.  “That's what I fell in love with about Katie.  I feel most days I can conquer the world.  While I don't know how I'm doing it, I'm sure trying."

Mixon's only concern going into American Housewife’s second season was the alarming rate at which her on-screen brood grew over the show’s summer hiatus. "All the kids came back from the summer break and oh my God, sweet Daniel [DiMaggio, above left], who plays my son Oliver, got so tall!  It’s like ‘everyone stop growing!’

“I'm literally telling them not to take the Flintstones vitamins,” she joked as her character might. “It's wild.  One of the main things over this season is all of them going on their own individual journeys and maneuvering through finding their independence and who they are, as kids do.  All of that brings Greg [Diedrich Bader, above top] and Katie closer together.”