“America’s Got Talent” Soars with a Kinder, Gentler Simon Cowell 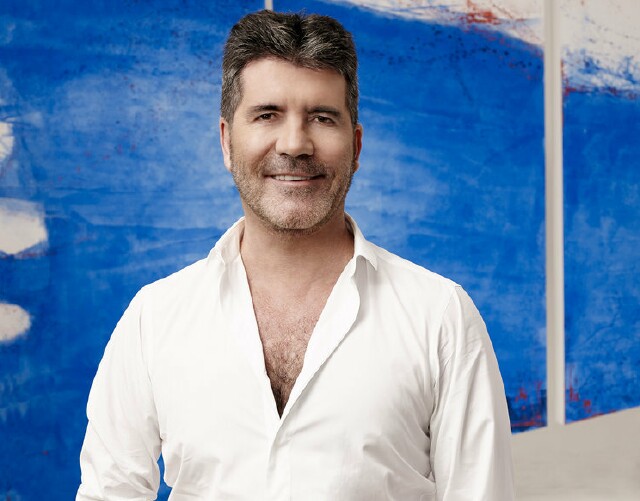 In a summer TV landscape mined with non-stop news of politics and terrorism, NBC’s variety/talent show “America’s Got Talent” seems to be providing some much needed escapism. The proof is in the numbers: “AGT” is enjoying its highest ratings in five years. That ratings spike could also be attributed the latest addition to its judging panel:  “American Idol” and “The X Factor” alum Simon Cowell (who is also an “AGT” executive producer and creator). The acerbic Cowell, who hasn’t been seen on US television in this capacity since Fox cancelled “The X Factor” in 2013, was happy to fill the seat vacated by Howard Stern last season and fans are glad to have him back. “I'm actually having so many people say that to me this year, it's really strange,” Cowell admits. “There's so much bad news, you have to have escapism, and this is a show where most things end up well and fine. I think that's why the show has worked so well this year.”

Since becoming a father to son Eric in 2014, paternal instincts may have mellowed the man usually known for being brutally honest, yet Cowell has his own take on this new, “kinder and gentler personality viewers are noticing. “I think I was edited badly years ago,” he laughed.  “That’s the honest truth.  Or maybe [it wasn’t] bad editing.  I'd call it selective editing.”

“I love Simon and I love working with him,” raves fellow judge Mel B. “I'm just happy he's on the panel. I think he adds so much and from what people are telling me -- everyone from the public to my friends -- people are warming to him so much -- and I don’t think they expected him to be like this. I mean I did, because I know Simon, but I think his addition has taken [the show] to a whole new level.  To me he’s the same.  People have preconceived ideas of what he’s like, but to me he's been the same -- very honest, brutal and loyal. He's a great guy and he does have a heart of gold. I just hope he doesn’t get a big head.” (Mel B is pictured below, second from left, with fellow judges Howie Mandel, Cowell and Heidi Klum and "AGT" host Nick Cannon.) 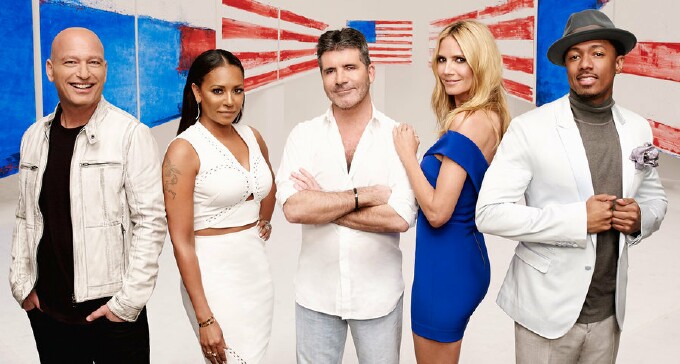 This week “AGT” moves into its live rounds from The Dolby Theater in Hollywood.  With Cowell admitting to “liking most of the acts” this season the chances of him unleashing that acid tongue millions of viewers loved to hate on “Idol” are slim. “I'm enjoying the full mix of the show this year,” he says. “There are so many people this year who could win. It's going to really feel like competition.”

There’s one act he will definitely be keeping a close eye on. “I'm sort of fascinated to see what the 90-year-old stripper is going to do,” he admits. “I've never been in this position before; should she take more off or get the tassels to work great? I just don't know. There are not many people I am disappointed about.  Normally at this stage there are about 10 acts you care about; this year there's a lot more. I think they'll be a lot of surprises, because America is taking over the show for the first time [this season] and we've completely lost control of it. I'm fascinated to see what they are going to do with it.”