America's Navy: Forged by a Sea … of Whiteness

By Christopher Boulton April 28, 2021 From Advocacy to Activism Archives 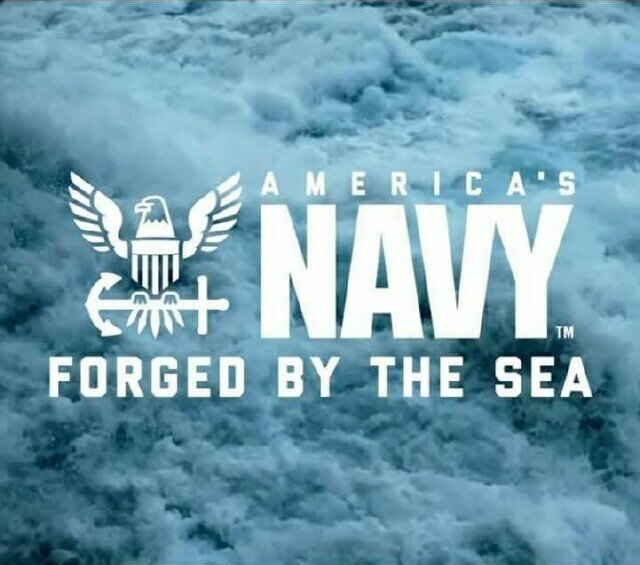 Diversity has become a top priority for the Navy. In January of this year, the Department of Defense published the Task Force One Navy (TF1N) Final Report. The TF1N was established last summer as a response to nationwide protests following George Floyd's murder and "set out to analyze and evaluate issues in our society and military that detract from Navy readiness, such as racism, sexism and other structural and interpersonal biases to attain significant, sustainable I&D [Inclusion and Diversity]-related reform."

The TF1N was organized around four "Lines of Effort." The first of which, "Recruiting, Navy Recruiting Command (NRC)," was led by the same flag officer quoted in the Ad Age article: RDML Dennis Velez. Noting that "diverse teams are 58 percent more likely than non-diverse teams to accurately assess a situation" and that "mission readiness is stronger when diverse strengths are used," the report made 56 recommendations for reform. Here's the first:

Current recruiting strategies do not fully appeal to diverse populations. Diverse candidates require diverse outreach. Thus, our efforts to reach future Sailors and officers should use a concerted M&A [marketing and advertising] and strategic outreach plan, which highlights the many existing voices within Navy ranks. Measure/Outcomes: Improvement in the number of minority applications, selections and commissioning to reflect relevant national demographic percentages.

In other words, the Navy needs advertising to "reshape recruiting efforts to better address minorities" and thereby "dismantle barriers to equality" in order to "attract and recruit the best talent from our diverse nation." The report also recommends that "NPC [Navy Personnel Command] Staff Reflects the Diversity of the Navy Population" and increase "confidence and transparency in the talent management process." Indeed, the Navy enlisted population has grown increasingly diverse. For instance, in just the last two decades, the percentage of non-White Sailors has increased from 31% to 38%. And, today, 19% are Black.

So, it's no wonder the TF1N Final Report seeks to "implement research-based Marketing & Advertising (M&A) and deliberate, sustained and relevant community outreach within underrepresented communities that appeal to Generation Z minorities" while also noting that "all members up and down the chain of command need to own I&D to both hold themselves and others accountable" while they "plan and execute the Navy's marketing and advertising activities incorporating Inclusion and Diversity Goals and Objectives."

In that spirit of accountability up and down the (supply) chain of command, let's do a head count. Here's Blum's VMLY&R crew plus senior staff from Wavemaker and Iostudio: "Diverse candidates require diverse outreach ... to reflect relevant national demographic percentages." One has to wonder, if the Navy's criteria was the ability to "accurately assess a situation" and "mission readiness" to recruit "America's diverse talent pool," then how did this unit pass muster? 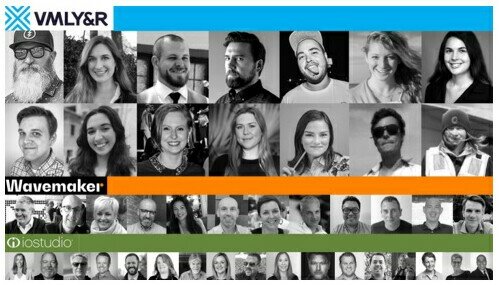 While the Navy says their Personnel Command should reflect the diversity of their enlisted population, it would appear that the same standard does not apply to their agencies. If it did, we would see at least two Black faces on VMLY&R's team alone. Suffice it to say that this kind of transparency does not inspire confidence in "the talent management process." Adding insult to injury, despite the Navy's own report finding that "current recruiting strategies do not fully appeal to diverse populations," they still decided to double down by awarding nearly half a billion dollars to a monochromatic team from the same agency they hired in 2015.

Having already used this data visualization methodology to reveal who's in control behind the scenes of Super Bowl ads and a beloved insurance spot, I'm not surprised by the results. But, having also written elsewhere about the importance of tax-funded marketing dollars being allocated to creative teams that represent the diversity of American taxpayers, I find this case particularly brazen given federal requirements to include minority-owned businesses in government contracts. Thus, when I saw VMLY&R's Navy "win," the victors brought five other words to mind: WhiskeyHotel IndiaTango Echo.