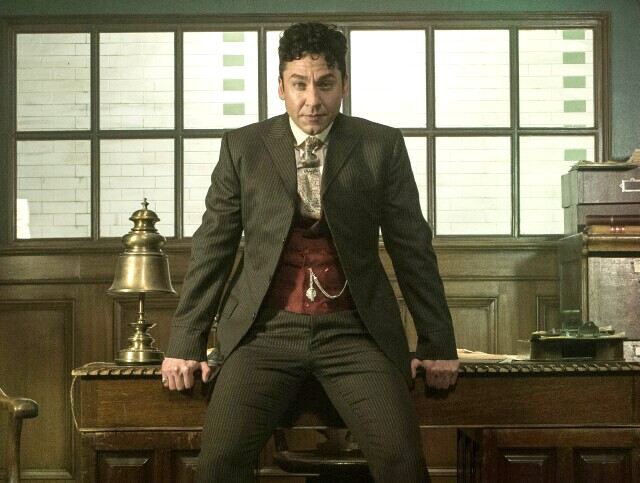 It’s not often an actor is presented with the opportunity to speak with a long-deceased historical figure he has portrayed. So when “Houdini & Doyle” star Michael Weston was offered a séance with famed magician Harry Houdini, his spirit was more than willing.

Weston, who portrays Houdini in the series debuting tonight at 9 p.m. ET on Fox, recently joined select journalists for the séance in the Houdini Séance Chamber (pictured below) at Hollywood’s famed Magic Castle. The eerie exchange was conducted by magician and medium Misty Lee. The results were surprising -- yes, “contact” was made. 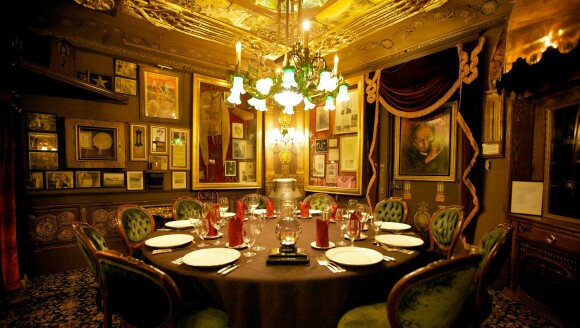 “I didn't know what to expect going in,” Weston told TV Download after the show. “I am a total skeptic, so I thought I would be outed as one and [Misty Lee] would be all angry at me. But I was impressed with her ability to withstand all of our skepticism and deliver such a good show.”

The series centers on the real-life friendship of “Sherlock Holmes” scribe Arthur Conan Doyle (a staunch believer in all things paranormal) and Harry Houdini (a desperate want-to-believer with a penchant for debunking charlatans). Think a ye-old Scully and Mulder and you're on the right track.

Like his Houdini character, Weston left the séance mind unchanged. “I'm not sure I'm more convinced there are ghosts now than I was walking in,” he laughed. “I'm not a convert, but it was pretty exciting. I love that they really go for it here at the Magic Castle; it's sweet. Sometimes I wish I had little more of that and wasn't such a cynic. Maybe if I’d had a few drinks …”

One thing that did impress Weston were the surroundings in the Houdini Séance Room, which is filled with artifacts and actual personal items of Houdini’s including a straight-jacket, from which he escaped; handcuffs, from which he couldn’t escape, and vintage promotional posters from his shows.

“This role has offered many opportunities in a way that are amazing as an actor,” Weston said. “While the show isn’t all about his magic, I did get to do some of his escapes and got to learn about the magic and to learn magic on the fly. That's a humbling experience.”

Weston was quick to add that the series is in no way a biopic of the real-life friendship of the two men and that he will probably “receive flack for misconstruing history.” Still, it’s the unique take on these two epic personalities and their very different views of the supernatural that gives the show its unique character.

“I love that Harry Houdini, who was an incredible magician and escapologist, was the skeptic about the supernatural while Arthur Conan Doyle, who wrote all the Sherlock Holmes books, was a doctor and scientist who believed in ghosts,” Weston said. “They had a real-life friendship and a fallout over this very thing, duking it out over the supernatural and what is real, what is the afterlife and are there such thing as ghosts and another realm? I love that these guys had that and that there was a great rapport between them.”

According to Weston, his skepticism for the paranormal was something shared by co-star Stephen Mangan, who plays Doyle. (Mangan, pictured below left with Weston, is best known to US audiences for his role on the Showtime comedy “Episodes.”) “In real life I think we were both skeptical, but the great thing about it [is that] Houdini himself wanted to believe. He wanted to find the answer and find a medium who was real so he could visit his wife Bess from the afterlife, if there was such a thing.” 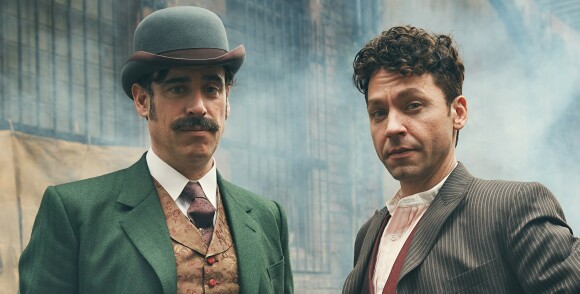 “I think there is a beauty in that,” he continued. “There is a part of me that would to love believe. I guess you just don't want to be had. I'm envious, or maybe not vulnerable enough, to think maybe there is something. Maybe there is. As soon as you want to put a period on it, it does raise a question mark.”

With the entire series in the can, Weston has hung up his straightjacket and chains for the meantime and looks forward to viewer reaction to the series. He’s also about to join Twitter for the first time and hopes a season two might be around the corner. “I would love to do this again,” he shared.

Don’t expect his newfound magic skills to be shown off with a residency at the Magic Castle (pictured below). “I wanted to do all of it so I could be in the wider shots and not have a pair of hands doing it for me,” he revealed. “But I have not yet been invited to perform my debut at the Magic Castle and hell no, I wouldn't. I can't guarantee any of my magic was good or even made the final cut.” 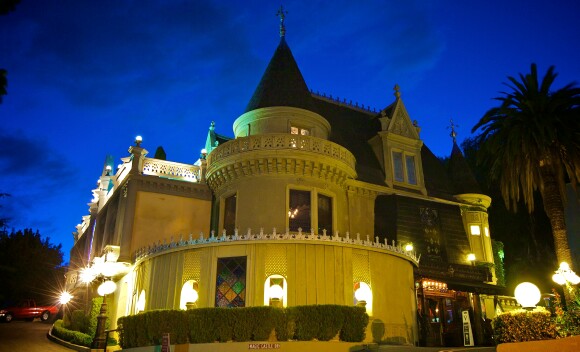