An Exclusive Excerpt from Nina Tassler’s New Book, What I Told My Daughter 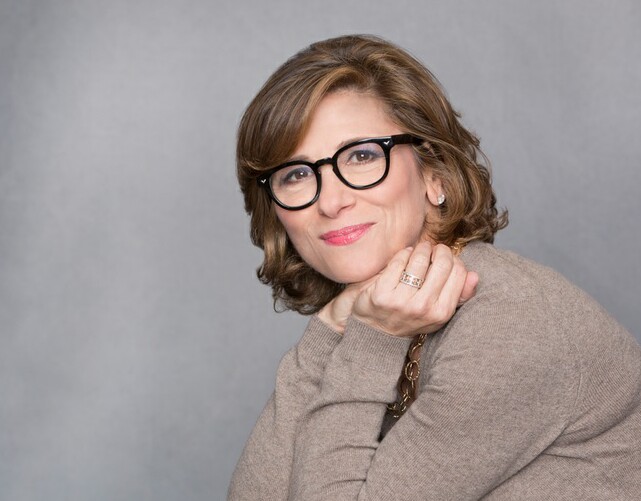 Most of us know Nina Tassler as a long-time programming executive at CBS – most recently Chairman of CBS Entertainment, and now an advisor to the network. She recently took on the challenge of editing What I Told My Daughter, a collection of profound essays about concerns mothers have for their daughters written by a diverse group of women including Whoopi Goldberg, Nancy Pelosi, Marie Osmond, Madeleine Albright, Gloria Estefan, Ruth Bader Ginsburg, Brooke Shields, Laura W. Bush, Gloria Allred, Sharon Osbourne, Dana Walden, Roma Downey, Blythe Danner and Christine Baranski. We are proud to present an exclusive excerpt from this important book, which was recently published by Atria Books, a division of Simon & Schuster, Inc. -- along with a special introduction written by Tassler exclusively for MediaVillage.

Tassler writes: The spark and inspiration for this book came to me at a most unexpected time and place: The Phoenix Convention Center, where I watched my daughter Alice, then thirteen, take part in a volleyball tournament that draws hundreds of female players from all over the world. That was when it hit me: I had never been in such a female-centric environment before.  The energy radiating from the assembly of young girls and their mothers was electrifying.  As I looked around, I saw a panorama of womanhood, in all shapes and sizes, from preteen middle schoolers to young women about to head off to college to all the mothers who guided them to this moment.  I recognized that while we all had much in common, every mother and every daughter traveled their own path to get to this moment.

I didn’t know it at the time, but that’s when I made up my mind to shepherd this book of deeply personal essays.  As someone who has built a career on developing great storytellers, I believe every woman has an experience that can inspire and enlighten others.

The following is an excerpt from author-advocate Peggy Orenstein’s essay, “The Perfect Paradox.” Peggy was moved to write after reading a newspaper article about Rehtaeh Parsons, the latest in string of girls who were sexually assaulted at a party by boys.  There was also Savanna Dietrich, a Kentucky girl similarly assaulted by photo-snapping boys, and Audrie Pott, a soccer player who, after eight photos of her allegedly being assaulted were posted on the Internet, finally hung herself.

Peggy approached her daughter as she sat at her desk absorbed in sketching the latest in an endless procession of manga-eyed girls.  Every girl had glittery eyes, long straight hair, a tiny waist.  Perfect.

“So,” I began. “I was just reading about a girl who was bullied and blamed herself.”

My daughter nodded. “I heard sometimes kids kill themselves when that happens.”

I caught my breath. She knew about suicide? What else had my fourth grader heard?

“That’s true,” I said, more calmly than I felt. “And I think that’s partly because they feel alone. They don’t want to tell their parents what’s happening because they think their parents will be disappointed in them. And I don’t want you to worry about that. Daddy and I want you to make good decisions with friends and at school. We know you do make good decisions. But sometimes you might not. You might actually make a bad decision. You might make a really bad decision or do something we’ve told you not to do and something might happen that you didn’t intend. And even then, you can tell us.”

“Okay,” she said, and turned back to her drawing.

I wondered if it was. One awkwardly blurted lecture would obviously not do the trick, but even if it didn’t sink in with her it got me thinking. Parents I know, moms especially, tell our girls that they can do anything, be anything, that the world is theirs for the taking. We encourage them -- expect them -- to be ultrahigh achievers with lofty goals for college and beyond. We bask in the successes of this new, unstoppable generation. There is nothing wrong with that. I want my daughter to be self-sufficient. I want her to be compassionate. I want her to feel no limits to her potential in the classroom or the workplace. I want her sexuality to develop as a source of pleasure and intimacy.

Yet, I fear we may sometimes put too much pressure on our girls, imbue them with impossible standards. I worry that our dreams for them may sometimes, unintentionally, lead them to believe they can never make mistakes, they can disappoint us -- that we are teaching them, to their peril, that perfection is more important than resilience. Researchers at Duke University, for instance, have found that female students believe they must be effortlessly “smart, accomplished, fit, beautiful and popular.” When they fell short -- whether they gained a pound or got an A- on a test or were sexually assaulted at a party -- their shame, culpability and sense of personal failure was both total and secret: They kept the façade, but turned the feelings inward, against themselves, compromising their mental health and well-being.

Truth? I do believe my daughter is perfect. I have thought she was perfect since the day she was born. Yet, I know her life won’t be, can’t be. She will fail. She will know pain. She might be bullied in school or online or in some future cyborgish way that I can’t even imagine. If she thinks she needs to be “perfect” she will never make it through. So I want her to know not only that she can succeed, but that she can fail without being a failure, be hurt without being diminished, be embarrassed without being shamed. I want her to know that she has both internal resources and external ones; that she does not want or need to be that manga-eyed, perfect girl, that sometimes life is not effortless, it’s not effortless at all. And I want her to know, mostly, that if things get hard -- when they get hard -- she is not alone: Her dad and I will always, always, always be there to love her, to catch her, to stand by her and, when she needs it, to help her stand back up. 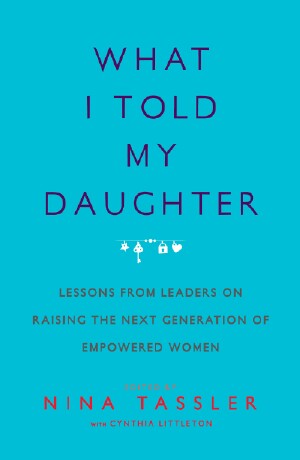 Copyright © 2016 by Jerry Levine, Inc. from What I Told My Daughter by Nina Tassler with Cynthia Littleton published by Atria Books, a division of Simon & Schuster, Inc.