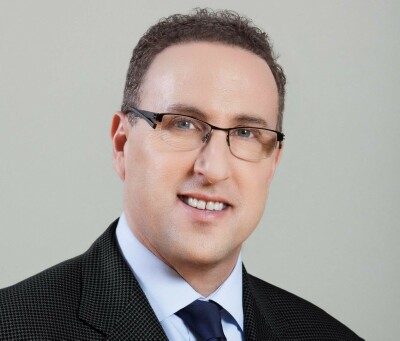 I am a strong believer in innovation. I also believe that in today’s complex media landscape driven by changing consumer behavior, marketers need to deploy a well-rounded media mix to effectively reach as many potential customers as their budgets will allow.

Having said that, it is time for all television sellers and buyers to take a stand and hold client CMOs and CEOs accountable for their fixation with digital video and social media. Within the overall media mix, digital video and participation in key social media platforms play an important role, but the following questions should be addressed:

1. Do they work?
2. How much is too much?
3. To what degree are responses to my digital investment being impacted by my investment in my television advertising?

You have probably asked yourself the first and second question -- and may even have implemented some systems to try and measure them. The third question is likely asked far less frequently and has an equal impact on your ROI. Together, all three questions raise key issues that must be answered before the balance of ad dollars shifts to such a degree that the success of your brand is in jeopardy.

Having traveled the past several weeks to visit both agency and media clients there seem to be some realities setting in. Continually increasing dollars to digital video at some point grows frequency far faster than growing reach. For example, the movie category, which is fairly committed to digital video, is suffering from these issues; thus negatively impacting the awareness for film releases. According to industry executives that I’ve seen recently, they specifically attribute this to shifting too many dollars away from TV -- a mass reach vehicle -- into digital -- a more intimate, transactional vehicle.

In addition to a severe reach issue there are other challenges that marketers face in digital video including:

As marketers we know it is almost impossible to communicate any selling points in two seconds. Yet, the IAB is recommending an impression be counted when only 70% of an ad can be seen for 2 seconds -- and sound isn’t necessary. In television we count viewability when the entire ad is seen. Also, the most viewed professionally produced content online is TV shows!

As for social media, what metrics are being used to determine if it is working? Not too long ago TV sellers made a stride forward by creating commercial pod ratings. There is little debate about consumer affinity for Facebook, Google and Twitter, and they have leveraged their great brands to get audiences with CMOs and CEOs and turned that into thriving ad businesses -- but at what cost?

How much targeted reach can they amass in a day or a week? What is their contribution to brand building?

For the entire week of December 15th the total number of social actions for the top broadcast show, The Voice, ranked by social engagement according to Shareablee, was 1.9M. Not bad, but the audience in an average minute of The Voice on NBC for the same week was 12.1M. As you look further down the charts, the 10th ranked show delivered 140K social actions – over a week’s period – but a TV audience of 9.5M.

Given all the quality content and the abundance of choices, television is better than ever for the consumer. For advertisers, television remains the best way to effectively target and communicate an ad message to key customers. And it is still the most efficient way to build mass reach quickly and drive awareness. To my movie and auto friends, TV is vital to making your digital dollars more effective at driving actions and transactions. The bottom line is television may not be a new solution but it remains the highly effective choice.

For fear of being considered a naysayer, sometimes telling company leadership that they may have gone a bit overboard with “innovation” isn’t easy; therefore, I am here to take some of the heat off you. We share a common goal and this is to see clients build their brands and sell their products to the fullest extent possible.

The opinions and points of view expressed in this commentary are exclusively the views of the author and do not necessarily represent the views of MediaVillage/MediaBizBloggers management or associated bloggers.

Michael Teicher is a highly respected and successful TV executive who recently left Fox after the completion of the Disney merger. He can be reached at teicher.michael@gmail.com.