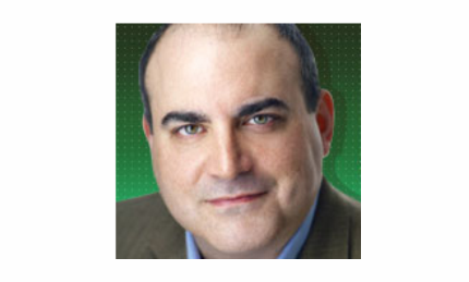 In his book Guns, Germs and Steel: A short history of everybody for the last 13,000 years, Jared Diamond offers a couple of explanations for the evolution of bureaucracies. One may be the physiological limit to the number of faces you can store in your mind as "friend or foe." The other may have been the need for centralized irrigation in dry, lowland regions. He may be right or he may be wrong, but one thing is for certain – stable, overblown, crushingly oversized bureaucracies have evolved from the very dawn of history. They are big, bulky and decidedly analog.

1. A system of government in which most of the important decisions are made by state officials rather than by elected representatives.

2. A state or organization governed or managed according to such a system.

Just to state the obvious, we encounter bureaucracies everywhere, and we build them all the time. Sometimes they are designed, other times they simply evolve – regardless of their origins, they pervade our world and, to a person, we hate them.

Well, that may be a little overstated. We hate bureaucracies that have been built by others to stifle our growth, freedom or productivity. When we are the architects of a bureaucracy designed by us to preserve our status quo and protect us from change, we love them. But, as I said, love them or hate them, bureaucracies are everywhere.

What is the opposite of a bureaucracy? An adhocracy, of course.

A flexible, adaptable, and informal organizational structure without bureaucratic policies or procedures.

This week I saw one of the most mind-blowing demonstrations of machine intelligence imaginable. It was an extraordinary display of a computer programming discipline known simply as "question answering." There is no magic in the name, and the results of the computer processing yielded what you would expect – an answer to a question. The technology was fast, accurate, elegant and it made me smile.

On my way home, I started to think about how this technology could be integrated into the "real world," and my head started to hurt. It can't. At least it can't be integrated into the world as it has evolved to date. If we were to deploy this type of computational power into the hands of individuals, they would use it to avoid, bypass, circumvent, sidestep and steer clear of bureaucracy wherever possible.

The world would be almost instantly bifurcated into entities trapped in the old analog bureaucracies on one side, and adhocracies with entities and individuals that could freely, flexibly adapt on the other. Two diametrically opposed approaches to governance -- each formidably powerful -- which, as you know, is an excellent recipe for physical conflict.

You could argue that 3G and 4G mobile devices empower the proletariat to self-assemble into adhocracies today. Maybe so. But, when you increase the power of this technology exponentially (as is easily predicted over the next few years) one has to wonder about the stability of any bureaucratic system over time.

It seems like there are several possible outcomes, such as: Bureaucracies could slowly disassemble, as they are made irrelevant by instant access to information. Adhocracies could dissipate as the strength of bureaucracies overwhelms them. Or, perhaps the two systems of self-governance will reach a state of equilibrium, as they appear to have today.

My guess is that something quite different will occur. I can imagine a future where there is a death battle between Adhocracats, who have no tolerance for Bureaucrats and vice versa. The question is … who will win?

As a group, we love narratives about a future where technology solves most, if not all, of our problems. It is often described as a utopia where everyone has complete access to data, information, education, art, culture … content. It all sounds awesome in future tense. But the world we actually live in is comprised of remarkably stable, inflexible bureaucracies that are the very antithesis of the democratized, egalitarian future technocrats predict.

In practice, I'm pretty sure we are going to get an up close and personal view of the power of incumbent systems. It would not surprise me if our exponentially accelerating technological progress is dramatically slowed by the "powers that be."

On the other hand, maybe we are close to a time where bureaucracies have outlived their usefulness. Is there going to be a virtual or a physical war over how we govern ourselves in a world where adhocracies have equal or greater power than bureaucracies? This is something to think about, since I can't ask my computer for an answer just yet.