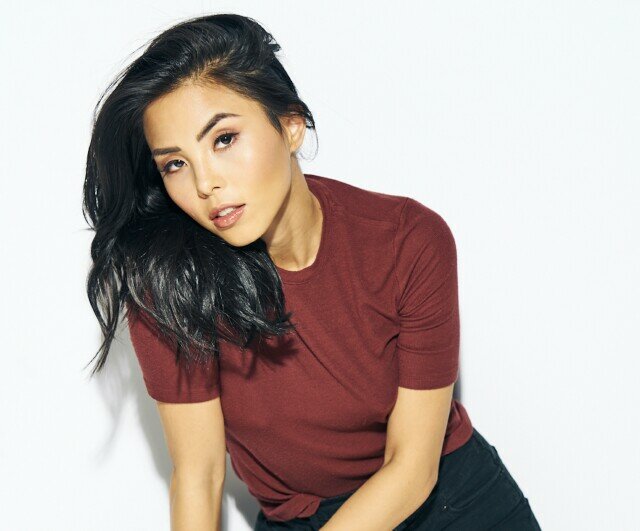 Actor, comedian, YouTube content creator and self-confessed cat mom Anna Akana – one of the stars of the Netflix superhero drama Jupiter’s Legacy -- firmly believes the conversations that were had in May during Mental Health Awareness and Asian American Pacific Islander Heritage Month need to be ongoing. Via her YouTube channel, Akana has been vocal on the issues of representation, inclusion and mental health, going to great lengths to educate her 2.8 million followers with informative and creative content.

Following her sister Kristina’s suicide in 2007, she dealt with serious depression, choosing to share her journey online in the hope of helping others. By also sharing her own Asian American experience, tackling all manner of racism, sexism and homophobia, she is working to motivate change. “[I've seen] the empirical data that's come out about how representation matters and how the way you see people reflected on-screen influences your career choice, hobbies, whether or not you get married and your belief system,” she explained during an exclusive interview with MediaVillage. “There is such power in media and educating people on the kinds of things that they should believe about others.

“Self-expression and being creative is what I do,” she continued. “When I was young, my mom was adamant that everything you experience is going to be so much more bearable if you turn it into something outside of yourself. I took that to heart, and anytime I was in pain I could make something out of that pain and sort of expel it from who I am. Transmitting pain into something emotional to share with others [has] been such a natural and much-needed part of my life.

“Growing up in the '90s, for the most part the message I got was that Asians are invisible,” she added. “If you saw them, it was only in a karate movie, because that's the only way we ever saw ourselves reflected. Moving forward, we’re getting beautiful diverse stories. Crazy Rich Asians was a fun rom-com. Minari is a quintessentially American story of an immigrant. I'm very excited to see when we evolve into the phase where you're seeing diverse characters on screen, and their race has nothing to do with the story we're telling.

“It’s great that we're now having all of these Asian American-centered stories, but to an extent it almost feels tokenized," she continued. "Like the whole story is, this person is Asian, or this person is gay and this is their coming out story, I believe moving forward, having stories where race or sexuality is just a part of who that person is and the story isn't all about how their entire life hinges on their identity will be such a wonderful and beautiful evolution of cinema.”

Tackling issues is something Akana has done her entire career, first as a stand-up comedian before taking her show to YouTube. “I was doing [stand-up] as a teenager,” she recalled. “I was very inspired by Margaret Cho. Seeing her do stand-up was really empowering. But when you're starting out, you're doing jokes in a laundromat where nobody wants to listen. I loved the idea that I could make a video, put that online, people could choose to click on it, and I wasn't imposing on their time. Back in the day, there was so little Asian American representation in traditional media, so all the biggest YouTube stars were Asian. I felt that YouTube was really a place for the Asian American community, as well as other Asian communities, to see themselves reflected on screen.”

She successfully made the transition to acting via a variety of roles, most recently in Jupiter’s Legacy portraying Raikou -- a superhero! “[Series creator] Steven S. DeKnight really liked the quirky nature I brought to the role,” she said of her audition. “It was so great. I got to train like a superhero, weight training all the time. I was in the best shape of my life. I think Marvel’s X-Men is the only property that has live-action Asian superheroes, if I'm not mistaken, so things definitely are changing.

“When I first started auditioning, every Asian role was kind of racist,” she pointedly continued. "You were either a student crying over getting a B on a test, or I would go out for the massage therapist who gave happy endings. It was awful to be 19/20, going out for these horrifically degrading characters -- and casting would ask for an accent! Nowadays I can confidently say, and maybe this is my privilege in that I have [succeeded] in my career enough to not have to go for those roles, but it seems like we're starting to understand how that's wrong and [people] are writing three-dimensional flawed human beings, rather than these stereotypical characters.”

In addition to her aforementioned talents, author, clothing designer, singer and now superhero are a smattering of the additional skills in Akana’s arsenal. She’s also a proficient advertising creative, via sponsored YouTube content (all to finance her endeavors) -- although advertising was never a dream. “I've done commercials through my channel for Fabletics, Google and Audi,” she shared. “There's a fine line between brand deals and being an actual creative advertising exec. I'm not too interested in editorial commercials as I much prefer a narrative. Still, I'm down to do a YouTube commercial when people give me creative freedom. I just did this thing with Fabletics and was like, 'I'll do it, but can run away from a dinosaur in Fabletics attire?' They loved it. I’ll do brand deals where there's room to be creative while selling a product. Most of my audience understands I have a mortgage, and three cats to feed, so they're very sweet about it.”

With so much already achieved, the sky is the limit for Akana, who has one more achievement on her bucket list. “I need to direct a film,” she shared in closing. “I’ve directed a few shorts. I’d also love to keep acting in bigger, fun things. I love stunts and would love to do more action-comedy stuff. It feels like you're only as good as your last project, so it never stops quite being fun and challenging.”