Anna Faris of CBS' "Mom": Forever a Friend of "Friends" 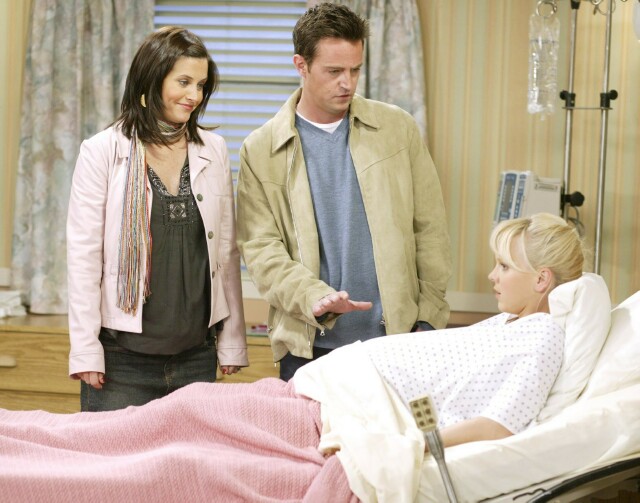 (Editor's note:  This column, the first in our Friends of Friends series, was originally published on June 1, 2016.)  It’s hard to believe 12 years have passed since the door to Monica’s empty apartment closed and the characters on “Friends” headed to Central Perk for one last java.  Fans of the series might live in hope of a much talked about reunion, but most of us are content with endless re-runs of this modern-day sitcom classic.

While Monica, Rachel, Phoebe, Chandler, Ross and Joey formed the show’s core, our favorite friends did get a little help making us laugh over its 10-year run thanks to some stellar guest stars.  But what’s it really like to actually be forever known as a “Friend of Friends”?  We decided to find out, and in the first installment of a new on-going series we’ll be setting the way-back machine to catch up with some of those memorable faces.

Long before Anna Faris was having “Mom” issues on CBS, she was having mom issues on NBC.  In the 2004 “Friends” episode entitled “The One With the Birth Mother” we met Erica, an expectant mother considering giving up her baby for adoption.  With Monica and Chandler unable to conceive, they go the adoption route, flying to Ohio to meet the ditzy Erica in hope of being the couple chosen to raise her baby.  (Faris is pictured at top right with Courteney Cox and Matthew Perry.)

“I was really intimidated,” Faris told me about her first day on the “Friends” set.  “It was also a big thrill to be a part of something so iconic, but mostly I was really terrified.  It was a whole new format from anything I’d done and they were all so good at it, they’d been doing it for years.  So it was very intimidating and basically terrifying for me.”

Faris’ character (who would of course choose the Bings to raise what would end up as her twins) would go on to appear in five episodes of the show’s final season, and when the curtain was about to lower forever on the “Friends” set, she remembers it being an emotional ride.

“It was funny because they were all in a very emotional, very sentimental place,” she said.  “There would be a lot of group hugs, which sometimes I was in and sometimes not.  But I always felt like I shouldn't be in them because I hadn't earned it.  It really felt like a special time.” 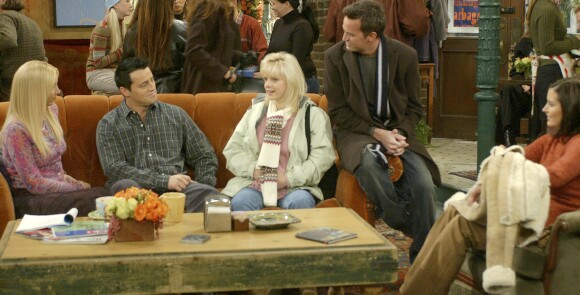 Faris says she doesn’t get to see her Erica episodes very often.  “I think that's because [those episodes] give the illusion that it's ending and no one wants that show to end.  I'm missing out on my $.09 for every time they don't run it, but whatever,” she joked.