Annabeth Gish and Warren Christie on "Gone Mom: The Disappearance of Jennifer Dulos" 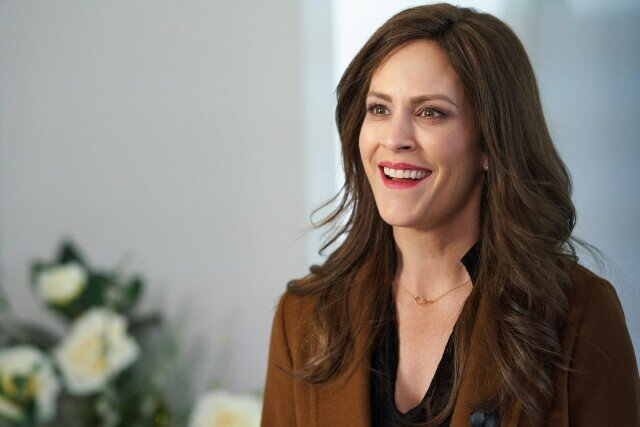 Lifetime kicks off its month-long Summer of Secrets movie series this weekend with the premiere of Gone Mom: The Disappearance of Jennifer Dulos, starring Annabeth Gish (pictured above) in the title role. It's based on the shocking true story of Jennifer Dulos, a loving mother embroiled in a bitter custody battle with her estranged husband who one day mysteriously vanished from her Connecticut home and was presumed to have been murdered by her husband Fotis (played by Warren Christie, below left). Adding to the tragedy is the fact he, after being charged with her murder (and pleading his innocence), committed suicide -- leaving a slew of unanswered questions surrounding Jennifer's disappearance and the whereabouts of her body. "I certainly was familiar with the case," Gish recently explained while promoting the film. "I live in the [United] States, and I have a lot of friends on the East Coast. As a mother, yes, I was very much aware of the story.

"For me, there were multiple reasons [for] taking this role, not the least of which is that Jennifer would have been my peer," she continued. "When I was at Duke, she was at Brown. We're the same age, I'm a mother, and there's a real resonance to understanding that this kind of domestic violence can occur in any social strata -- privileged or not. I think the story of loving someone, then being surprised with who they actually are, is a common one. I wouldn't say I was eager to do this. It was a stressful role, but I wanted to embody this part." 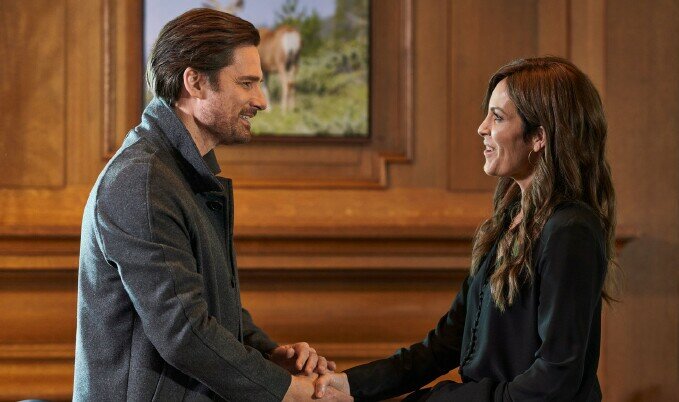 "Obviously there's a lot of duality to what's going on," added Christie of his character. "You take on a responsibility with this when you're talking about real people, and for me that was the biggest thing. [Annabeth and I] kind of talked early on and made sure that we both felt safe and comfortable but wanted to make sure that we told this in a kind of raw backdrop, ensuring the story was told properly. It was hard sometimes going to a certain place and doing certain things. But Annabeth is so incredibly talented, working with [her] was such a treat; we just made sure we did it with as much heart as we possibly could."

In a career filled with a variety of roles, Gish revealed the true crime genre wasn't one she was particularly looking for. However, in this case it was a combination of story, and the film's largely female-driven production team (all a part of the network's Broader Focus Initiative) that attracted her. "The fact this was being told consciously through a female lens was a beautiful opportunity for me to explore this topic," she explained. "With Gail (Harvey) as our Director, and Ilene (Kahn Power) as our producer; we had a female DP and a female editor as well. Rachel (Stockman) is also a producer, and while it was a hard [project] for me to do, I'm glad we did it together with this female gaze, although we had many male crew members as well."

"Actually, more than half the people working on this were females," added Kahn Power. "We qualified for the Sundance and Women and Film Reframe stamp that really goes for gender parity, and we felt that having that mojo behind it really helped to make the movie what it is. With Annabeth and Warren as the leads and Gail directing, we feel we really achieved it. There were challenges doing this movie under COVID, and we burned sage frequently, but it worked. We feel really blessed and are thrilled with the support that we've gotten from Lifetime and about telling this story that's still evolving."

"I will say there was a sensitivity that is just inherent when you have a female director," added Gish. "And just people behind the camera who are coming at it honoring Jennifer's story."

"I think that this movie will connect to a lot of women," offered Stockman. "I know a lot of women have connected to it [already]. They've known a family member, or friend, who has suffered some kind of violence. This is Jennifer's story, and her memory was part of how we put this film together. It's special in that it goes beyond that and has a larger message in Jennifer's honor."

While all involved in the production agree that working on the project, despite the grizzly subject matter, was a pleasure, its stars are divided on Dulos' guilt for different reasons. "I wouldn't want to comment on it too much," admitted Christie. "I think it's important to tell this story properly and to not go in judging it. I have my own feelings, after the fact and during, obviously. But it was important to not judge his character and tell this story in a raw manner and as honestly as we could, and on a bigger scale highlight, unfortunately, domestic violence."

"One of the most important elements to this [movie] is the love story," she added. "They had a love that spanned time and had five children. There was obviously a lot of love and chemistry and they were both charismatic beings. We really wanted the tone to be about love, and not so much about horror. Clearly, it's a horrific what happened, a tragedy, but there was a love story at its core."

Gone Mom: The Disappearance of Jennifer Dulos will be telecast Saturday, June 5 at 8 p.m. on Lifetime, followed by the documentary Beyond the Headlines: The Jennifer Dulos Story as part of the network's Summer of Secrets programming event.