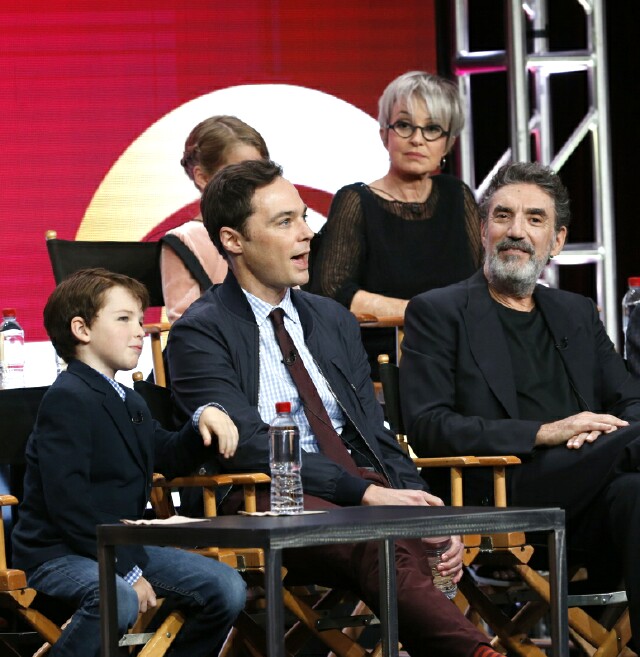 It’s hard to believe Annie Potts celebrates her 40th anniversary in showbiz this year. The ever-youthful actress has a plumb new role in CBS’ The Big Bang Theory spin-off Young Sheldon, playing “Meemaw” (grandma) to the title character.  It’s also hard to believe she’s playing a grandmother!  Potts (pictured at top with cast members and producers from Young Sheldon during its panel at the Summer 2017 Television Critics Association tour) may be best known to TV audiences as Mary Jo Shively on the groundbreaking CBS comedy Designing Women(1986-93), but in 1978 she made her feature film debut in the romantic comedy Corvette Summer where she found herself playing leading lady to none other than Mark Hamill.  Fresh from filming his intergalactic Star Wars adventures, Hamill had signed on to do the comedy before Star Wars’theatrical release, which made him at the time one of the best-known movie stars on the planet.  “Wow!” Potts proclaimed during our recent conversation.  “We shot [that movie] 40 years ago this year and that’s nuts! I don’t know where the time went.”

In the film, Potts plays Vanessa, a prostitute-in-training with big-time ambitions.  On her way to Las Vegas to realize them, she picks up hitchhiking high schooler Kenny Dantley (Hamill), headed to Vegas in search of a stolen Corvette Stingray he built in auto-shop.  For Potts, finding herself starring opposite one of the biggest stars of the day wasn’t daunting.  She was familiar with Hamill’s body of work, just not as Luke Skywalker. 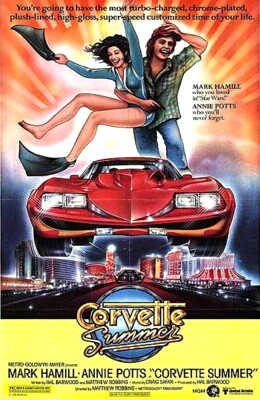 “I knew of Mark because he’d done over a hundred things, movies-of-the-week back when they made such things,” she explained.  “It was so exciting, as it was my first film and for Mark … well Star Wars literally opened three weeks before we started shooting so it was crazy!  That was his first big taste and it was the biggest thing ever!  Even at that point no one knew how huge [Star Wars] would be.”

Forty years later Potts is still appreciative of Hamill, crediting him for making her film debut a joy.  “He is just a lovely person,” she shared.  “I had no experience in film and Mark was very knowledgeable and very helpful.  He was also a great teacher saying things like, ‘No, you don’t want to do that because of lighting.’  He was just lovely and we had a wonderful time.  That’s the thing that stands out for me now with [that movie], is just how much fun we had.”

Potts admits the only thing that gave her pause when it came to filming Corvette Summerwas her other co-star-- that candy apple-colored, metal flaked, Corvette dubbed The Dragon Wagon.  Fans of the film may love the car, but Potts’ initial reaction was very different.  “I have never been a car person myself, so when I saw it I was like, ‘Really? You think people will like this?’” she laughed.  “I just don’t know cars at all.”

The film had decidedly mixed reviews following its June 2, 1978 release, but it has since gone on to enjoy cult status amongst Star Wars fans, drive-in movie devotees and car enthusiasts.  Corvette Summer wouldn’t become the blockbuster Star Wars was, but thanks to Hamill’s attachment the movie did make a respectable $1,329,904 in just 450 theaters across the south in its first three days of release -- not bad by 1978 standards.

It also awarded Potts a notable nod in 1979 from The Hollywood Foreign Press -- a Golden Globe nomination for New Star of the Year – Actress. (She lost to Irene Miracle for Midnight Express.)  “The Golden Globe nomination was a funny thing,” Potts recalled.  “I was so new here and I’d heard how hard it was to make it in Hollywood and to me it didn’t seem to have been all that hard.  But there were a lot more ups and downs later and I was like, ‘Oh right, this is hard!’  It started out bizarrely easily, but listen, I haven’t had a bad career.”

With roles in Ghostbusters and Pretty in Pink, Potts, like Hamill, would eventually become a household name courtesy of Designing Women.  She told me she’s very proud of that saucy sitcom’s legacy.  “We dealt with some really important issues on that show,” she said.  “They don’t make ‘em like that anymore.  I think that kind of voice is missed.” 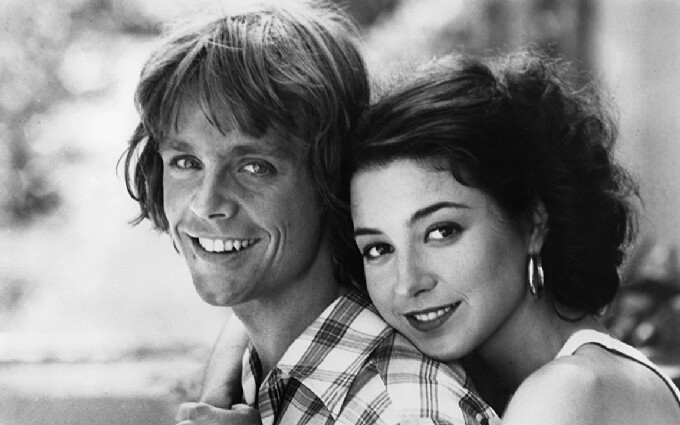 As for her Corvette Summer co-star, “I haven’t seen Mark in years,” she admitted. “And for no other reason than it’s easy to not see someone in a town when the town you live in is L.A.”  She’s also a little bemused by the fandom surrounding Corvette Summer.  “I don’t know why people still appreciate that movie,” she mused.

Potts is thrilled to be returning to CBS (home of Designing Women) in Young Sheldon,referring to Jim Parson’s adult version of the title character as, “a national treasure.”  She noted that she’ll be treading familiar “southern” territory playing Meemaw.  “I am southern and have had some success playing southern women,” she laughed.  “And they are the most fabulous writers so hey, as Reagan said, ‘I think this is about the best thing that’s happened to me in my young life.’”

Young Sheldon will premiere Monday night at 8:30 p.m. on CBS.