Another Election Night Challenge: Which Channel to Watch? 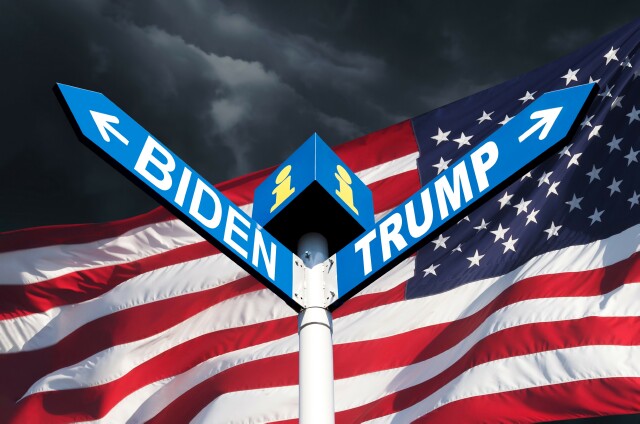 It’s Election Night 2020, and before I start channel hopping, I text my adult children to make sure they have enough for food for a couple of days, in case this country winds up in flames. The fortification around the White House, the boarding up of the Empire State Building and lesser-known buildings throughout the country is like nothing we’ve seen before. For 2020, that’s fitting, as nothing is as it was. But television, that glowing box of comfort, remains to chronicle history in real time.

As an American who has never missed a vote, who loved going into the voting booth with my mom when I was still in knee socks, and who argued with election officials that I should so be allowed to register because my 18th birthday was a mere month after the election, no one has ever had to impress upon me my civic responsibility. Like most journalists, I love Election Night more than any other night of the year. Watching results trickle in on different stations is the best way to spend the night if I’m not going to be in a hotel conference room decorated with red, white and blue balloons while political hacks knock back cheap booze.

At 6:30 p.m., CNN jumped the gun with John King projecting "results" in states where folks are still voting. Calm down! NBC’s Chuck Todd showed exit polls on graphs, illustrating what we already knew: If voters rank the virus as more important than the economy, Vice President Joe Biden wins. NBC also featured a smart split screen showing people in Wisconsin waiting in endless lines -- to vote and for COVID tests. ABC’s David Muir coolly reminded us about a dozen key Senate races, and that staying cool is imperative because this is likely a marathon.

The magic number, lest anyone forget, is 270 electoral votes. As the 2016 election proved, the popular vote becomes inconsequential if the Electoral College quashes it. Just before 7 p.m., President Donald J. Trump was trouncing Biden in Indiana, and as the night wore on, that held as expected, given that it is Vice President Mike Pence’s home state. Still, it was clear early on that Trump’s former home state, New York, was resolutely blue. Yet most commentators remained cautious.

"I don’t do predictions. If I did, I’d spend my time in Las Vegas," Stacey Abrams, who ran for governor of Georgia, responded to Rachel Maddow’s question on MSNBC about what she thought would happen.

On the other side of the political spectrum, over at One America Network News, which flew so far under the radar few had heard of it before the White House granted access to its sycophantic reporters, they took jabs at MSNBC. Priorities, people. "If President Trump wins the election, it will be the greatest political story ever told," OAN’s Stephanie Hamill all but bubbled.

At Fox News, Chris Wallace seemed tranquil, albeit saddened. He mentioned walking around midtown Manhattan with his son while plywood was going up everywhere. Sure, Wallace took a beating for his moderating skills during the first presidential debate, but what’s again apparent is that he couldn’t control the candidates because he is a gentleman unaccustomed to shouting "shut up!"

Plywood, by the way, is the talk of the night. Why should we expect riots after an election?

At 7:03 p.m., Fox called Kentucky for Trump; not unexpected -- but seriously? We understand making predictions based on extrapolations, but the polls closed at 6. If people were in polling places, they could still vote. Isn't every vote being counted?

Bless PBS for keeping even its sets subdued. If you need the news to be calmly delivered, Judy Woodruff, who has covered every election since 1976, is your woman.

CBS’ Norah O’Donnell recalled how Secretary of State Hillary Clinton’s people were confident at this point in the night four years ago, as are Biden’s people tonight. In fact, just about every station emphasized what was happening at this time four years ago. While interesting to those who relish political stats, this is not the same country it was four years ago. And, Biden is not Clinton. Yet, most networks feel obligated to continually rehash the past.

As her colleagues grew a little excited, CBS’ Gayle King reminded them, "The night is still very young."

ABC’s pundit panel, created to be representative and volatile, included former Chicago Mayor Rahm Emanuel and former New Jersey Governor Chris Christie, each a pugilist for his party. Why not just leave this to professional journalists?

Early on, CNN’s Wolf Blitzer incessantly talked over John King while King presided over his electronics results board. The constant switching to 2016 on these screens is distraction, not dissemination. And speaking of distractions, Blitzer needs to stop being the annoying guy who thinks he knows more than everyone in the room. Blitzer did back off as the hours ticked by. Did someone speak to him during commercials?

BBC broadcast at the same pleasant decibel as PBS. "You couldn’t make this more complicated, could you?" anchor Katty Kay observed as she tried to make sense of different states' wildly different voting regulations.

"Mitch McConnell is the most effective floor leader in any party I have ever seen," Brit Hume declared on Fox. Oddly, this isn't as much a political statement as it is an accurate assessment of the man who runs the Senate with an iron fist.

Most people, myself included, watch the same news stations out of habit. Admittedly Fox News' Tucker Carlson has driven me crazy before with his smugness. Tonight, though, he seemed genuine in his dismay over the boarding up of windows. "The assumption behind it is so poisonous," he said. When asked what happens if Trump loses, Carlson, devoid of bluster, answered, "I always tell my children this: 'When you lose blame yourself first.' It's morally important, not just for politicians. The coronavirus, the administration’s reaction to it, it was used as a cudgel."

With more than 233,000 Americans dead from the virus, are we supposed to praise the administration? I feel as if I'm being hammered with a cudgel as I flit among stations, eyes accosted by garish sets with patriotic lights, a sort of July Fourth on acid. Does this country need drugs right now? Possibly. Incidentally, New Jersey voted to legalize recreational marijuana.

At 10 p.m. MSNBC's Brian Williams' mantra, "Too early to call," is repeated in his most stentorious anchorman voice. So why continuously interrupt the broadcast to announce you have nothing?

Longtime Democratic operative Donna Brazile kept her composure on Fox News, reminding her colleagues that "the night is still young." A little over three hours in, it no longer felt that way. Longtime Republican operative Karl Rove dismissed the notion that Texas will go any way but for Trump. He was right.

Watching MSNBC's Steve Kornacki explain results is an affirmation that hard data rules. It's after 11, and we're yet to hear of any need for all that plywood. With every station reporting that Michigan, Wisconsin and Pennsylvania won’t have final numbers tonight, we won’t know anything until later in the week, despite Trump's premature declaration of victory.

Maybe we'll need that plywood. And those groceries I warned my kids to lay in? They'll get used. It's under whose America that remains unclear.