Are the Republican and Democratic Parties Realigning? 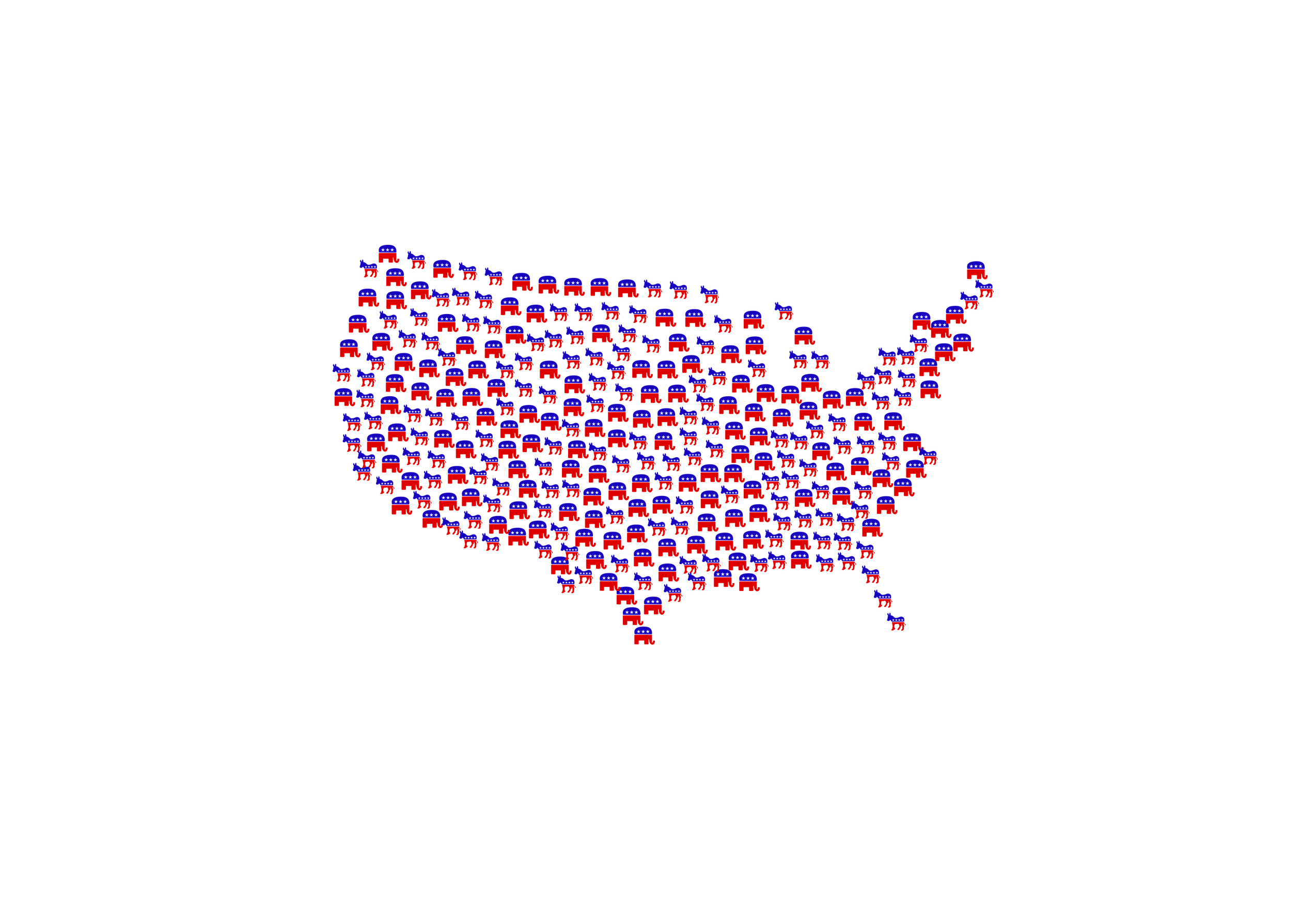 Tucker Carlson endorsed Elizabeth Warren’s economic plan.  That’s kind of a big deal, as the expression goes.  On the evening of June 5th, Carlson on his nightly Fox News program began his opening monologue by quoting at length from a piece whose author he did not reveal until he finished reading.  He narrated its author’s complaints about American corporations prioritizing short-term returns for shareholders, a third of whom are foreign nationals, producing goods overseas to maximize the bottom line, while at the same time caring little -- in the author’s view -- for American workers.

Carlson then surprised his largely Republican viewership by revealing that the points came from an unlikely source: Senator Elizabeth Warren.  "She sounds like Donald Trump at his best," Carlson said, before endorsing her concept of "Economic Patriotism."  However, Carlson was quick to make clear that he retained considerable disagreements with Warren on social issues and further suggested that most members of Congress -- in both parties -- were a far cry from what the majority of Americans believe.  "What there isn't is a caucus that represents where most Americans actually are: nationalist on economics, fairly traditional on the social issues," he said.  "Imagine someone who genuinely respected the nuclear family but at the same time was willing to take your side against rapacious credit card companies.  Would you vote for someone like that?  Of course you would.  Who wouldn't?"  If commentators in the years to come look back on the watershed moments in a possible shift in the composition of the Republican and Democratic parties, this may be identified as one of significance.

Political scientists used to believe in something called "realigning elections" -- elections that happened approximately once a generation and represented a major shift in who comprised the respective parties.  The year 1932 is the canonical example; it was when African Americans, academics, Southern whites and urban centers were all united under the Democratic Party.  But then a realigning election didn't happen for a while and political scientists largely abandoned the concept as a legitimate framework.  At present, though, maybe one could be on the horizon.

Could we be witnessing a shift in the years to come where the Republicans replace the Democrats as the catch-all political party?  With respect to commentators like Juan Williams, who argued in a June 17th op-ed in The Hill that President Trump would be the last Republican president (a prediction also made by commentators after George W. Bush's presidency), they may be missing something.  The Republican Party, instead of becoming the party of aging white people, as Williams suggests it will, may indeed become the opposite: the big tent party the Democratic Party had long been in American politics.  This especially becomes the case as the Republican Party pivots more towards the center-left economic policies endorsed by Carlson (and sometimes by President Trump, such as when he withdrew the United States from the Trans-Pacific Partnership ).  All the while, it seems that the Democratic Party -- like the struggling Paul Ryan-wing of the Republican Party -- will stick, at least for the time being, with the neoliberalism of Reagan and Clinton.

Abortion, arguably the defining social issue in American politics, also comes to play as a powerful case study.  Democratic National Committee Chairman Tom Perez asserted in 2017 that if one is a Democrat, supporting abortion is "not negotiable" -- a view, more or less, also articulated this month by Senator Kirsten Gillibrand in Iowa.  (Governor Cuomo also included pro-life people on the list of those whose views have "no place in the state of New York.")  This is in contrast to, say, former President Jimmy Carter, who has argued for precisely the opposite -- or Louisiana Governor John Bel Edwards, who just signed a so-called "heartbeat" bill into law in his state.

The relevant point here, though, is that the current leaders of the Democratic Party, including Perez and Gillibrand, are saying this while simultaneously courting avidly Hispanic voters, the most pro-life ethnic group in the United States.  (Nicaraguan Americans were, for instance, noteworthy cheerleaders for Governor Kemp's heartbeat bill in Georgia signed earlier this year.)  As León Krauze observed in Slate shortly after the 2018 midterm elections, "The Hispanic vote is growing, but that's not necessarily great news for Democrats."

Similarly, though, Candace Owens may still be the exception when it comes to black women and the Republican Party; interestingly, younger black voters are significantly more likely to support Republican candidates than older black voters.  While some attribute this to older black voters being less removed from the age of Jim Crow, another explanation that is probably just as likely concerns the Republican Party's increasing shift towards policy combinations, such as economic protectionism and social conservatism.  I have sat in political science classrooms at Yale and heard professors say that the perfect political philosophy to capture Black America would be a mixture of social conservatism and center-left economic policies.  The Republican Party isn't fully there yet, but 17% of black men voted for Ted Cruz and 11% voted for pro-Trump Georgia Governor Brian Kemp.  (Black women still remain overwhelmingly Democratic).

As we know, it takes a long time to shed partisan identity, which often is formed and etched into a person's overall identity at a young age.  Most people are the same party at 50 that they were at 20.  This is one reason why so many state houses and governors' mansions in the South remained Democratic until quite recently, even when these states had reliably voted Republican in presidential elections.  But Tucker Carlson's endorsement of Warren's economic plan mirrors a number of ideological shifts in the Republican Party leadership, as populism starts to carry the day.

Not long ago, in the age of neoliberalism, which arguably ended at the conclusion of President Obama's second term, it was common to hear the refrain, "I'm socially liberal and fiscally conservative."  I wonder now if the 2020's will give rise to the opposite sentiment being in vogue -- maybe something closer to: "I'd like to see everyone get a fair shake and, at the same time, we need to respect old-school values."  If the parties begin to realign, there's no doubt that media companies will have little choice but to move with them.