Are You Missing a Large Piece of the Pie When Tracking DRTV Results? - Susan Rowe 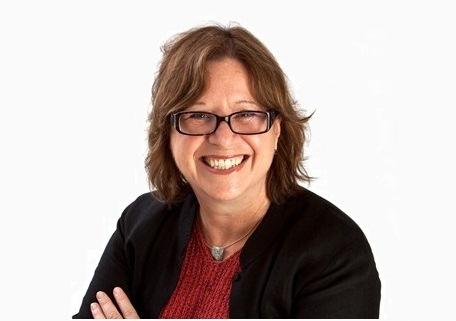 Imagine you are meeting with organic and paid search teams who are thrilled with a dramatic increase in volume for one of their clients. They are so excited to show how their efforts at placement have paid off. What they don't know is that another of the client's agencies—or worse, their own agency—has implemented a new direct-response television (DRTV) campaign or doubled the client's DRTV budget. Having been in such meetings, I can attest to the fact that the need for comprehensive integration of online and offline efforts is very real.

By not including online activity as part of our response data, we often make the wrong media adjustments. For illustration purposes, let's look at the example of a well-known consumer lender. For this particular client we were optimizing media spend against phone number data from the call center and ignoring Web site activity because all Web responses were going to one URL. At the time, 80% of overall sales volume was thought to be coming from the call center, while 20% was attributed to online. Within 24 months, those percentages were entirely reversed, with 80% of the volume attributed to online and only 20% to the call center. This occurred because after we adopted Core Direct's URL tracking, it became apparent that by using only a small sub-set of the overall response we were making the wrong decisions. Because we were only optimizing against phone volume, we were over-rewarding older-skewing cable TV networks and under-rewarding younger skewing networks (the younger population is more likely to respond to TV offers via the Internet as opposed to the telephone). We adjusted our schedules accordingly and saw great improvement in online volume and better overall metrics for our lending client.

Establishing best practices for attributing online Web leads to DRTV should be relatively easy. Unlike offline media, where running one phone number across DRTV, radio and print causes attribution confusion, Web activity is somewhat easier to manage. Of the entire traffic on your Web site, many leads are considered "known" as they carry a cookie or come from a particular search keyword. So it is easy to determine where a portion of your leads come from. But why bother? Why is it so important to include Web traffic as well as phone number data against DRTV activity?

Simply put, if we don't include Web traffic in our DRTV campaign results and the advertiser's Web site is displayed predominately in the TV commercial, we are destined to fail. Many clients now see the majority of their leads online and if we continue to only include phone volume in our reports, clients will reduce DRTV budgets in favor of other "more profitable" activity. In addition, without including Web leads, in many instances we are only buy managing against a small subset of overall sales. I believe that we tend to over-reward older skewing networks, as those over the age of 45 are more likely to use the phone compared with a twenty-something.

Let's take search terms as a place to start. I believe that branded search (when a consumer types a specific brand name into a search engine) should be included in DRTV activity. Non-branded search terms should go to search. In addition, for non-branded search it is critical to also include any celebrity names that appear in your commercial or a variety of misspellings of the client or product.

All known display activity, or any online activity that can be tracked back to other marketing communications activities, should get the credit, with the exception of remarketing. If DRTV drove a lead to the Web site but the consumer didn't respond immediately and then clicked on a banner ad served up based on retargeting, or responded to an email, then DRTV should share in the revenue generated from that response. View-through is a complex situation, as adding view-through to display advertising assumes that someone who saw a display ad and then shows up later (sometimes weeks later) is the result of being exposed to that display ad. While this may be true in some instances, I also believe it is likely that the consumer was exposed to DRTV or other marketing activities. Apportioning out or limiting the number of days for view-through helps to mitigate this issue.

Finally, I believe it is extremely important to attribute these leads back to spots that have aired in order to aid optimization efforts. Of course, the issue is in attributing leads properly, especially when many spots air in close proximity to each other, on competing networks. As I alluded to earlier, CoreDirect employs a vanity and URL tracking methodology that allocates leads based on a combination of strength of TV network, historical "clean" airings (clean meaning when lots of an advertiser's commercials aren't running at the same time on different networks) and exponential falloff. This allows us to adjust our media and improve results based on the entire campaign and not on a subset, like phone volume.

Every day, someone opts to check out a product or service online rather than pick up the phone. If we continue to only manage against phone volume, we are fighting a losing battle. Unfortunately, in a considerable segment of the DRTV world, there exists a pretty flat learning curve when it comes to embracing this reality. But change is occurring in fits and starts, sometimes within the smallest agencies. A example is Kre8 Media in the perhaps unlikely location of Winter Park, Florida, which very quietly has made inroads competing with bigger shops by specializing in URL tracking backed by extensive use of consumer segmentation data to target audiences. Expect to see more agencies follow suit as old habits inevitably die away.

Prior to embarking out on her own Susan Rowe held the position of Senior Partner, Managing Director within the Digital and Performance Marketing media practice for Ogilvy Neo in New York and Chicago (Feb 07 - July 08). Her charge was to oversee Performance Marketing for a number of high profile clients, including Allstate, Investools, TD Ameritrade, Select Comfort and Six Flags. She was also responsible for leading NeoVideo, the video unit that works with new forms of video on TV and online. She was selected to be part of a Google TV's first panel primarily for her work in development of ground breaking research with Google TV on the effect of attentiveness on response. Susan can be reached at srowe2202@yahoo.com.

Prior to embarking out on her own she held the position of Senior Partner, Managing Director within the Digital and Performance Marketing media practice for Ogilvy Neo in New York and Chicago (Feb 07 - July 08). Her charge was to oversee Performance Marketin…