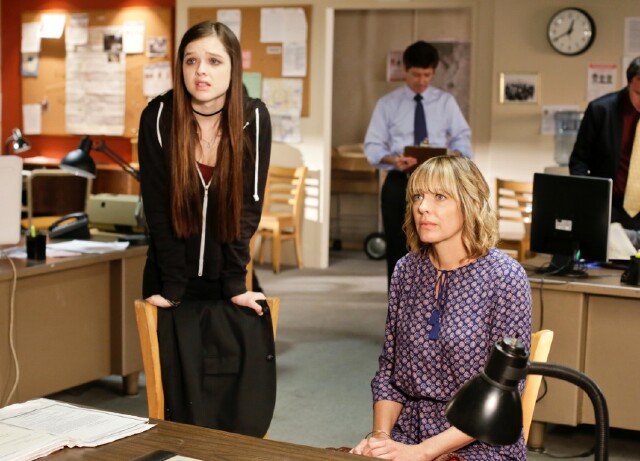 For her new Lifetime project Web Cam Girls, former Days of Our Lives star Arianne Zucker -- who last year found herself at the center of the Donald Trump/Access Hollywood controversy (more on that below) -- plays Rachel, a single mother thrust into the depths of the Dark Web after her young daughter Alex sets out to trap the man who kidnaps her cousin.  Alex's cousin had been broadcasting herself in intimate situations online and made the mistake of agreeing to meet a "client" in person, ultimately putting herself and others in harm's way.  As a mom herself, Zucker hopes the movie will help make parents and their children aware of the inherent dangers in unsupervised internet activity.

"My character is a great mom, torn between career and spending time with her daughter," Zucker tells MediaVillage in an exclusive interview.  "My daughter Isabella just turned eight and while I try to give her space to be independent, I’m constantly checking in on her, especially when it comes to computer time.  So this character is probably the closest to me that I have ever played."

Zucker (pictured at top right with Sedona Legge, left, who plays Alex) believes monitoring children’s online activity is important and hopes the film encourages a dialogue between parents and their kids. "You hear these stories and say, ‘That happens?'  Of course it does!  It's shocking to hear, but I'm not surprised because of the freedom on the internet and the Dark Web," she says.

“Some moms can't keep an eye on their kids at all times, so I'm hoping by sending this message kids will make good choices and help each other.  I know there are kids that do that." 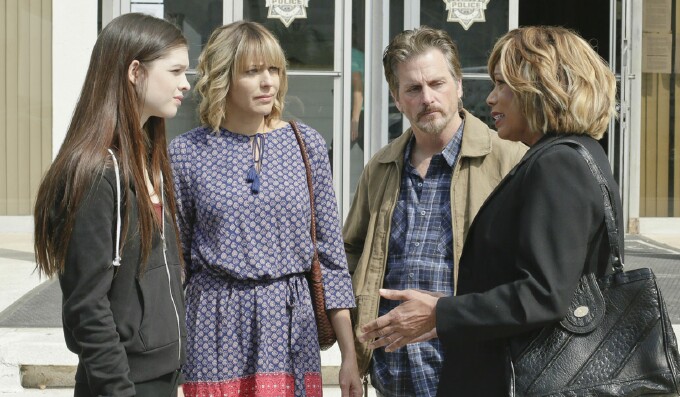 While Zucker is sympathetic to the plight of people who think broadcasting themselves online might improve their lives, she’s quick to advocate a different route.  "If I wasn't in a great living situation, I'd want to find a way out," she says.  "You have to put yourself in someone else's shoes.  You don't know what you might do to scratch your way out and be on your own.  So, I kind of see it.

"I started modeling at 16 and traveling at 18 and [saw] the many ways things can go,” she continues.  “I see why the character in the movie might do what she did, as [people] can get caught up in getting out, but there are other ways.  Just know this way will get you in trouble!"

According to Zucker, finding a message in her projects is important and something that goes back to her days as scheming temptress Nicole Walker on Days.  "I was a bad girl,” she says with a laugh.  “But I tried to find ways people could look at her and relate."

In recent months Zucker has been involved with another important message -- the #metoo movement.  The treatment of women by arrogant men is something she unwittingly found herself at the center of following the release of the infamous 2005 Donald Trump Access Hollywoodtape, in which Trump talked about inappropriately grabbing women, among other things.  (She was the woman who greeted him as he disembarked the AH bus to film a guest appearance on Days.)

"When I shot this [movie] it wasn't an issue," she says of the movement.  "But after that Access Hollywood tape came out, yes it's absolutely a message I want to give.  But along with everyone else I wondered if my boss would get mad at me for speaking about it?  Would the network be mad?  No one knew what to do.

“These were things we didn't speak about and now we do as they are being handled daily,” she continued.  “I know I didn't do anything wrong and I think it's now okay to talk about it.  Get mad at me all you want, that's on you, but with the aftermath, and this movie, it's great timing for the message of being in control of who you are.  Your body is your own and your temple and it's a gift if you choose to share it with someone."

According to Zucker, Trump was “totally professional” to work with and, having no knowledge of the prior “locker room banter” between Trump and former Access Hollywood correspondent Billy Bush that occurred moments before, she simply went about her job.  “I had 25 crew members around me so there was no way anything inappropriate could have happened,” she says.

“Working with Donald Trump was funny,” she continues.  “Trump and [her Days co-star] John Aniston [also known as Jennifer’s dad] bantered back and forth so there wasn't anything in any way odd or uncomfortable.  In a strange way, all of this is a blessing in disguise [because] we will see changes.  While being victimized is not great I believe we'll see a lot less of it and more of people getting together to protect each other.

"It's a little crazy, but it came up again [recently]," she adds.  "I didn't speak about it much the first time around because I didn't know what I could do to make a bigger impact.  I just happened to be ‘the girl in the video’ so what could I do? Now with the whole #metoo movement, all this stuff is coming out and it's an important conversation.  It affects men and women and they are really valid conversations that I now don't feel uncomfortable having."