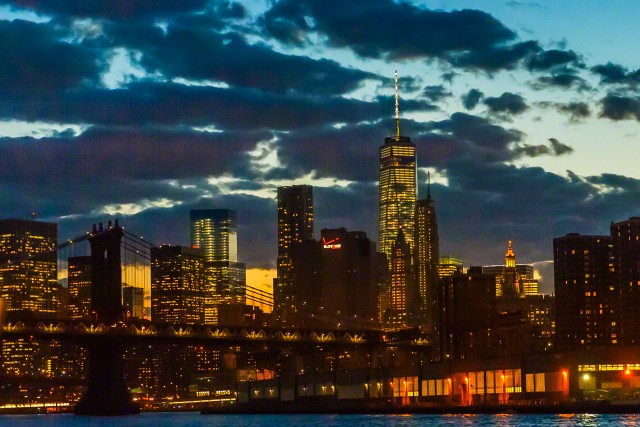 As summer drew to a close, we rallied the troops for an Articles Club meeting to share our latest recommendations. August’s Articles Club was so well attended that we had to relocate from the roof to the lounge area of our hosts’ apartment complex where the two-guest per resident rule does not apply. The first rule of Articles Club is: We follow the rule(s).

At the risk of seeming too stringent, we are considering a second rule for Articles Club: A five-minute max discussion per article. This has yet to be implemented but our weeknight meetings are creeping closer to a four-hour runtime (not a bad thing if it weren’t for commutes and early morning wake up calls).  Stay tuned.  Below are our article recommendations and some highlights from August’s meeting. (Missed our selections from last month? Find them here.)

I selected an episode of a podcast series that was my favorite beach listen of the summer. Longworth’s series examines interesting and forgotten stories from the first 100 years of Hollywood. Thirteen recent episodes explore the life of Charles Manson and the lives of the Manson family members. This podcast offers an excellent contextualization around the Manson murders, scrutinizing the influence of Hollywood and film on 1960’s counterculture (and vice versa). I wanted to discuss with other film buffs how this paradigm relates to both past and present.

“There are so many different kinds of posts in our Facebook feeds that our feelings toward many of them can't simply be summed up with a "Like." But Facebook's ever-changing algorithm has been set up to surface the most-liked posts to our feeds, assuming that the things we like are the things we want to see more often. The author argues that a Like might not be an appropriate response for some of the posts that most deserve our attention, like videos of protests or news articles about refugees. As a result, many of these meaningful pieces of content get drowned out. With this in mind, I was excited to discuss if anyone else felt like they could be missing out on important Facebook posts, and if they had ideas for a better way to ensure those types of posts rise above the clutter of our feeds.”

By Jodi Kantor and David Streitfield, The New York Times

“The New York Times’ exposé of Amazon’s callous management practices and cutthroat company culture featured stories about employees crying at their desks and going without sleep for days. One employee said, ‘The joke in the office was that when it came to work/life balance, work came first, life came second, and trying to find the balance came last.’ Having a work/life balance has always been important for me. My weekday morning and evening routine help me stay healthy and (mostly) stress-free. I was interested to see if my fellow Articles Club members valued their work-life balance in the same way. I wanted to discuss what is worth sacrificing (vacations, exercise, sleep, etc.) to be able to work at a groundbreaking company like Amazon.”

Lyndsay’s pick: A Lot of People are Forgetting One Important Thing About the Ashley Madison Hack

“Since the leaked information has come to light, I've been struggling with the vilification of all the offenders. While I agree that these people are far from perfect, I felt that this article encapsulated my feeling of unease regarding our willingness as a society to undermine privacy if it serves the latest justice crusade. With the recent stories regarding Ashley Madison users committing suicide, I felt that it was important to look at this from another viewpoint rather than just black and white, good and bad people.”

Other articles of interest mentioned at our meeting:

The Bail Trap by Nick Pinto,The New York Times
Why Was This Serial Rapist Running Free? By Amy Lane, Damemagazine.com
“We Were 100% In the Wrong,” Napa Wine Train Executive Says, Business Wire
Bertrand Russell on the Vital Role of Boredom and Fruitful Monotony in the Conquest of Happiness by Maria Popova, Brainpickings.org

Want The MediaVillage Articles Club in real time? Connect with the group on social.