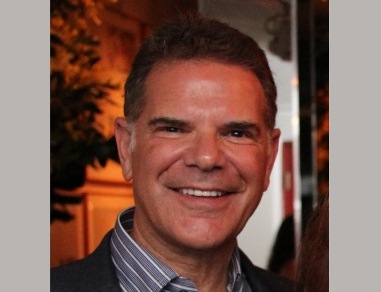 (While our Members-Only Reports are published only for employees of corporate members of the Myers Media Business Network, members are encouraged to forward this and next weeks' reports to colleagues you believe will benefit from the insights and future predictions.)

Finally! After nearly four months and 100+ Outfront, Newfront and Upfront presentations, it's time for advertisers and their media agency partners to get down to work and place their bets. Last week, I published my Upfront Volume and Cost-per-Thousand Forecasts . As negotiations quickly move forward with deals already underway, it's unlikely there will be any major surprises, even though Internet Advertising Bureau members significantly ramped up their efforts investing an estimated $50 million in Newfront presentations and parties (not including their content investments) in hopes of extracting just a fraction of the budgets advertisers will commit to broadcast and cable networks.

But broadcast and cable networks doubled down with an estimated $120 million invested in presentations to impress advertiser and agency executives (not including program costs). Yes, the Upfront season is an expensive proposition. Frankly, several of the Newfront presentations, as reviewed at MediaBizBloggers.com by my colleague Simon Applebaum, put many of the cable and even broadcast network Upfront events to shame. (For the record, my favorite Newfront presenter was Condé Nast led by veteran TV exec Dawn Ostroff, which somehow managed to condense announcements of 30 new video projects into 35-power-packed minutes.)

But all these presentations make little difference as advertisers and agencies get down to the business of investing their ad budgets. Yes, digital video is on their radar screen, but an estimated 60% of the more than five billion in digital video spending this year and next will go to Hulu and the digital assets of the TV networks themselves. For detailed economic data, click here.

It's certainly appropriate to question the sustainability of the legacy TV business and the ages-old traditions that prop it up, as many uninformed trade press reporters enjoy doing. In fact, there are reasons the system works and will continue to work into the foreseeable future. These reasons are far from obvious, but I expect if you read this report to the end, the logic will be undeniable. Those of you who have followed my industry forecasts for the past three decades will recognize the themes. But the realities today are far more compelling – and important! (In next week's Member's Only report, I'll share some fairly outrageous predictions; again, those who have followed me know that even my most seemingly absurd predictions come true more often than not, although they may take somewhat longer than I expected.)

Each year, ABC, CBS, NBC, Fox and CW invest billions of dollars in a process that engages a massive community of agents, producers and talent. From the thousands of scripts and concepts – new and dusted off – that were considered, 104 were put into development with most produced as pilots, resulting in a couple dozen that made it onto network schedules. If more than a handful of these are renewed for a second season, it will be considered by the networks, studios, advertisers, Wall St and the press to have been a worthwhile investment. This doesn't even include the billions upon billions invested in sports rights and production, plus the investments of Univision and Telemundo.

Across the cable landscape, two dozen leading networks are underwriting a similar development and production ecosystem, engaging traditional studios, layering in international partners, and actively employing a second tier of reality and alternative series providers. Once sworn enemies, broadcast and cable networks are now brothers-in-arms, throwing up a shield of scattered hit series, sports, news and specials and enough sustainable second and third tier content to deliver sustainable and profitable reach and frequency for advertisers. Antiquated currencies are balanced with sufficient evidence of engagement and "value," however it may be defined.

Broadcast and cable networks, program suppliers and distributors are successfully fending off encroaching technology, eroding audiences and subscribers, and an embarrassingly high program failure rate. Most are investing only as necessary in advancing technologies and typically only to protect their core businesses. Historically, they've been slow to invest aggressively in the future, which has proven to be a wise strategy. Inevitably, as in the case of News Corp's acquisition of My Space, it bites them in the ass. But Samsung has announced 5G speeds that, in just two years, will enable video downloads at more than 100 times their current speeds. Mobile video usage will accelerate at exponential rates. Gaming is absorbing huge chunks of time among young audiences. Interactive TV will soon live up to its hype. High quality 4K 3D will advance in the home accompanied by Xbox, Wii and motion and voice detection capabilities. Google Glass could transcend any experience we can conceive today. The networks' trusted wait-and-see investment strategy will continue to work, but the delay time between tech innovation and investment will shrink.

It was almost fifteen years ago that a senior media agency executive questioned the need for the Upfront and predicted its demise. In the early 1990s a now-retired broadcast network president forecast that only two broadcast networks would survive through the end of the century. This is a resilient industry, seemingly undeterred in its march to the future proudly displaying the banners and battle strategies of the past. The TV industry sometimes reminds me of the British Redcoats making themselves easy targets for rebellious American sharpshooters. While the IAB would have us believe its members are fighting an all-out war against entrenched broadcast and cable enemies, the digital-only companies the IAB is representing will ultimately embrace the networks as essential allies and partners, just as England and America became inextricably interdependent.

It's fascinating to watch the digital video content community – from You Tube to Blip.tv – throw its best against broadcast and cable networks and make very little impact. Those who follow my long-term economic forecasts for digital and legacy media are aware that I project digital marketing (excluding search) will increase from $36 billion in 2012 to an estimated $160 billion in 2020. Yet, legacy advertising spending in all media will only decline from $153 billion last year to $140 billion in 2020. By 2020, an estimated $40B to $50B of the $140B in legacy advertising will be bought and sold through programmatic and automated systems. Of the remaining $90B to $100B a significant share will be packaged with large corporate deals.

Digital is not the enemy of the TV business, nor should TV networks be the target of Newfront presenters. The growth on which both depend will result from a convergence of video content across all available distribution platforms and merged with interactive capabilities that attract budgets from a sector the media and ad business have historically ignored – "below-the-line" marketing budgets. While programmatic buying and selling will move to a real-time basis, billions in incremental business will be even more dependent on Upfront planning and long-term corporate partnerships.

Below-the-line budgets represent more than two-thirds of marketers' total communications budgets. They are historically under the control of sales and brand executives, while ad budgets fall under the domain of chief marketing and advertising officers. The budgets have rarely been integrated and agencies handling the respective responsibilities rarely interact. Within many major marketers, these responsibilities are converging and with them, above-and-below-the-line budgets are also converging. Digital is the driving force.

Generating premium ad revenues for much of the digital video content produced in the future will depend not only on the quality of the content and the size of its audiences. Premium revenues will depend more on marketers' ability to engage audiences and effectively achieve below-the-line goals. This translates into promotions, coupon distribution, sampling, event marketing, merchandising, trade relations, direct-to-consumer database development and public relations achieved through media partnerships. Think sports sponsorships! Media companies, studios, distributors and agencies that offer the talent, experience and skills required to manage this integration will be the most successful.

With this inevitable convergence of above-and-below-the-line budgets at its core, there will be an industry metamorphosis as digital technologies dominate the age-old TV business. Throughout the 1980s and 1990s, and into the early part of this century, cable and broadcast were bitter opponents. Today, while an artificial wall between them remains as a negotiating tactic, they are one integrated industry, combined not only through common ownership but common interests. Throughout this decade and beyond, digital video and TV will progressively coalesce into a single multi-layered landscape -- a thriving and inter-dependent ecosystem.

At its core will be a strange, unnatural but ultimately functional process of presentations and discussions called the Upfront. While the dynamics will be quite different, the purpose and focus will be surprisingly familiar. Do you agree? E-mail me at jm@jackmyers.com to comment.

Next week: Read my strange and unnatural, but ultimately probable predictions for the future of TV.