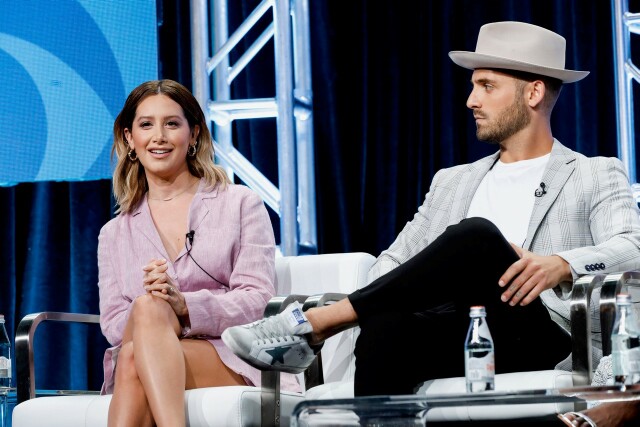 Former High School Musical star Ashley Tisdale returns to network television this fall, landing the plum role of Jenny, a pharmaceuticals salesperson, and Patricia Heaton’s daughter, in the CBS sitcom Carol’s Second Act.  (She is pictured above with one of her co-stars, Jean-Luc Bilodeau.)  This is Tisdale’s first recurring role on a network series since the CW’s 2010 cheerleader drama Hellcats, which incidentally has found new life courtesy of the network’s streaming platform CW Seed, where it continually performs as one of its highest rated shows.  Although the series only survived a single season, Tisdale is not surprised that nine years later, a whole new audience is lapping it up.  “It’s crazy,” she told MediaVillage exclusively when quizzed on the topic.  “I don’t know what it is, but it is kind of binge-worthy, and that’s something the younger generation loves.  It was a great show and we had so much fun doing it. 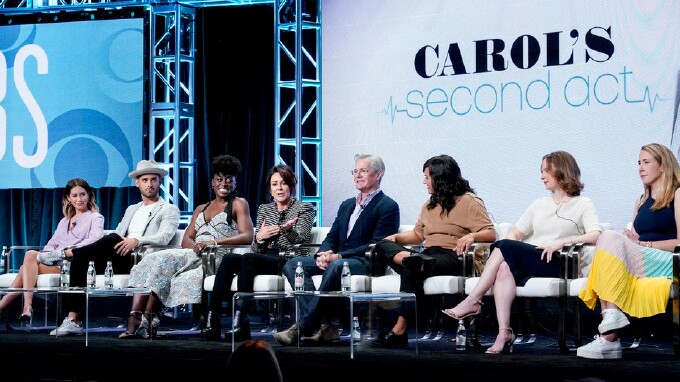 “It was one of those shows I was shocked didn’t go further,” she continued.  “But it’s been great to hear about the positive [response] it’s getting, you just never know.  I literally watch Friends every single night and that’s years later and it’s a show I am obsessed with.  Hellcats was a fun soapie cheerleader show.”

Despite her fond memories, Tisdale hasn’t revisited Hellcats since it wrapped.  "I’m not someone to revisit old work," she admitted.  "I like to challenge myself and continue to grow.  I take classes in acting and I think I’ve grown tremendously as an actor since Hellcats.  Revisiting things brings up old ways I would have approached a character, so I kind of just let it be and move on.  But maybe when I’m older I’ll go back and watch some of those things." 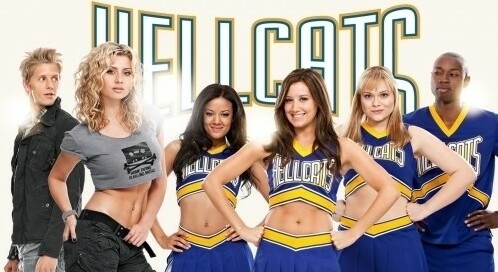 Since Hellcats, Tisdale has continued to release music and has carved out quite a career for herself as an animation voice artist and continued to hone her acting skills with a variety of guest spots. She admits to being “excited” about joining the cast of Carol’s Second Act and to starting work on the series’ second episode.  (She doesn’t appear in the pilot.)  “I haven't shot with them yet and I'm shooting very soon,” she shared.  “It was one of the best scripts I read this pilot season.  I already knew about the show, but seeing it come to life I was, like, ‘Oh, it's so good.’  It's funny and heartwarming.  I'm just excited to work with the whole cast, but especially Patty.  She's such a legend, and I've loved her for so long.”

All of this is a far cry from the malls of Southern California, where the Valencia native once worked retail, despite the fact she began acting at the age of three and was a veteran of numerous TV commercials.  While she wasn’t particularly fond of the experience, these days she can reflect on it with appreciation.  "I love to work," she said.  “[But] retail is definitely hard.  My parents really wanted me to have the opportunity and were, like, ‘We really want you to learn how hard it is to make money,’ because I, obviously, have been since I was very young.

“Sometimes you have to scrub gum off the floor,” she added.  “Sometimes, managers are not the nicest.  I worked in every store I wanted a discount at.  But honestly, it's really humbling, and I think that's something I really, at the time, didn't appreciate because I was busy with schoolwork and my acting stuff.  I didn't see what my parents wanted me to do.  So, I'm grateful because it keeps you grounded, and it makes you really grateful for all the opportunities that come along.”