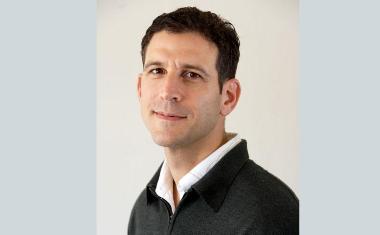 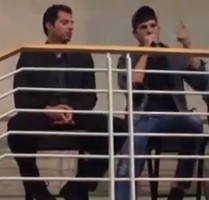 1,500 Tel Aviv techies last week. Their Grade A venture fund, together with partner Ron Burkle, has invested more than $200 million in 30 early stage technology ventures such as Airbnb, Path, Fab.com and Spotify. This trip to Israel, Kutcher’s fourth, was to scout potential Israeli start-up investments.

“The film industry brings people together, and so does technology,” said Kutcher. “I see them as similar platforms… My goal is to embrace the people, the ‘natural resources’ of Israel, and to build businesses with the creative Israelis.

“When I went into business with Guy a few years ago, we decided we wanted to change the world, and we looked for investments that would do that. We especially looked at companies that let you connect, with people socially trusting each other on the Internet.”

Jerusalem-born Oseary has been investing in Israeli start-ups for the last seven years and describes his investment philosophy as “Founders First.” Oseary manages A-Listers like Madonna, Demi Moore, Lucy Liu and Alex Rodriguez, and he executive produced the Twilight series of films.

Kutcher, who studied chemical engineering and has 14.5 million Twitter followers (https://twitter.com/aplusk), embraced technology early in his career. “I started a film production company when I was 21. I surrounded myself with people who were building things to communicate in different ways, and that appealed to me.”

Kutcher invests in consumer-facing companies and software platforms, and he views mobile as a key component. He devotes 10-20 hours a week to trying to identify the next thing in apps. He does not invest in digital content, citing the low profit margins and lack of ROI.

Kutcher played Steve Jobs on film but his advice for start-up founders is to discover their own path. “Anyone who wants to be an entrepreneur like someone else is actually looking in the wrong direction. You don’t look out for inspiration, you look in. You have to ask yourself, how can I be better today, at solving the problem I am trying to solve for my company? I wouldn’t encourage anyone to be like me. Just be like you.”