"One Strange Rock": Astronauts and Others Reflect on Nat Geo Epic 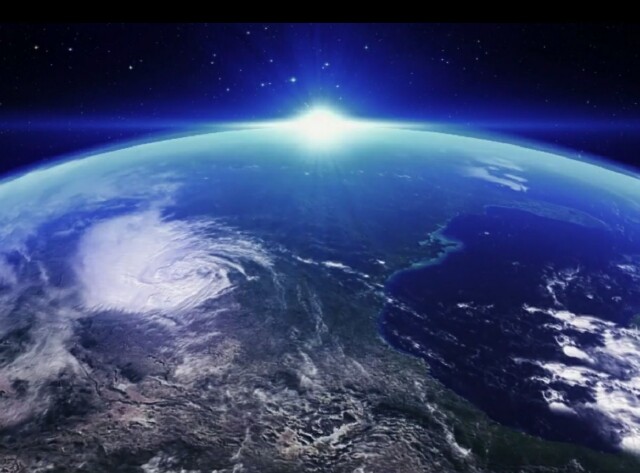 With One Strange Rock, National Geographic takes its rebranding of “Further” to another level.  Yet in this ten-episode series (premiering tonight), for which Audi is the presenting sponsor and Geico and Microsoft are supporting sponsors, the network also harkens to its parent society’s roots of exploration by presenting novel ways to marvel at Earth’s magnificence.  Sure, it’s a documentary, but it’s rich with animation and explanations that don’t come with cinema vérité, tackling the natural world from an unexpected perspective: Space.  Eight superstars among the astronaut community -- who admittedly are more accomplished, educated, fitter and somehow more appreciative than regular mortals – guide viewers on a journey with the intent of explaining exactly why Earth is so amazing.  After all, does any other planet foster so much life? – or, for that matter, any life?

Will Smith serves as host of this ambitious production.  “We wanted someone who would welcome the audience,” executive producer Jane Root told MediaVillage in an exclusive interview.  “I have a 12-year-old.  What would get her to watch?  You need someone to hold the hand of the audience. Will is a joy.”

Root, who founded the production company Nutopia, recalled running into Tim Pastore, National Geographic’s President of Original Programming and Production, at MIPCOM in Cannes.  They chatted about his dream project, a natural history show, but one that differed from others.

“This is about [everything from] the air we breathe to volcanoes,” Root said, comparing Rock to Planet Earth, which she was deeply involved in when she was president of Discovery Networks.  “This is a much bigger canvas.  It is everything!  How come life exists here and does not exist anywhere else?” 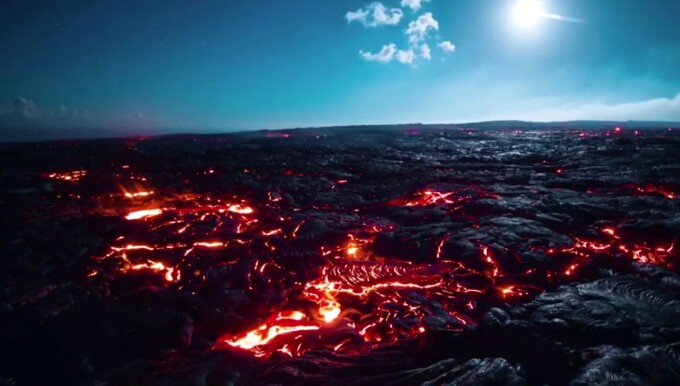 To obtain answers, footage was shot on six continents (Antarctica was excluded) in 195 locations in 45 countries, and also from space.  “We had 14 months of intense filming,” said showrunner Arif Nurmohamed.  “We had on average four shoots on any particular day.  My team traveled over 900,000 miles collectively.”

The farthest-flung shot was from space.  Academy Award-nominated filmmaker and executive producer Darren Aronofsky trained Paolo Nespoli, of the European Astronaut Corps, to capture images from the International Space Station. 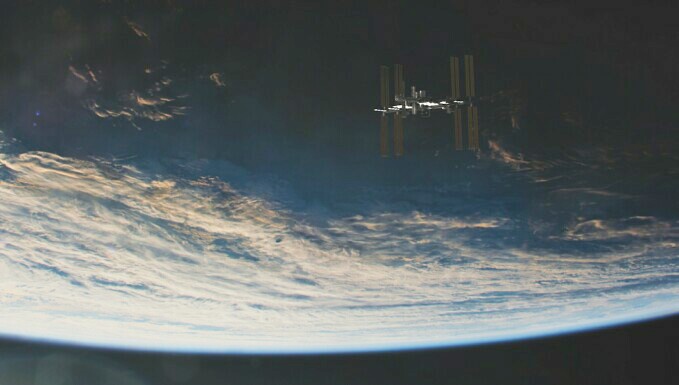 “I have been subscribing to National Geographic since I was a teenager,” Aronofsky told MediaVillage.  “I love the brand.  The bucket list item for me was that something I worked on would be on the cover of the magazine.  When [21st Century Fox President and Fox Networks Group Chairman and CEO] Peter Rice approached me about working on the label, it checked all the boxes.  Ari Handel [his producing partner] and I both come from science backgrounds; our company is named Protozoa.  With the pedigree of National Geographic as well as Nutopia and the ambition of the project and all different types of sciences, it was natural.”

With science currently under attack, especially as it relates to climate change, the timing was perfect.  “People [still] argue that Earth is flat!” Aronofsky said.  “It’s sad.”

“It is super important to show people how incredible the planet is,” Handel added. “They will care for it and if you show how science can lead to a feeling of awe, they will see.”

Each of the astronauts in the series spoke with MediaVillage about the production.  Every one of them lit up when talking about the sheer magnificence of Earth.

“We are all so intricately connected to each other,” Leland Melvin, the only NFL player to become a NASA astronaut, explained.  “When a butterfly flaps its wings in China we can feel the breeze in the U.S.”  Indeed, intricate dances of nature, including how a grain of sand floats on winds from the Sahara, settles in the ocean and becomes part of the food chain, are woven into the show.

“If we don’t look at ourselves as an ecosystem of man, we will perish as a species,” Melvin continued.  “Earth will burp us out.  It will keep doing its thing and rejuvenate.  She will not take care of us if we don’t respect her.”

Mae Jemison, the first female astronaut of color, echoed Melvin’s sentiments.  “The reality is, for us to move forward as a species we have to recognize that we are all inter-connected,” she said.  “If we don’t do that, the rest is gone.  For me, my space flight connected me from Earth to the farthest star.  One Strange Rock is about the interconnectedness of the planet.  As an MD and a chemical engineer, all of these things are integrated.”

Nicole Stott, a former astronaut and aquanaut who has lived in space and deep underwater, added a cautionary note.  “If we cannot get people looking at Earth from a different way, even just considering it as a planet, quite honestly it will survive us.  Day to day we don’t think of ourselves on a planet.”

Although the astronauts were in space to tackle specific experiments, they all mentioned floating to windows as often as possible.  Seeing the blue planet, alone in the vacuum of space, was transformative.

“Every time I got to the window I felt I was floating in a dream of the Sistine Chapel,” said Chris Hadfield, the first Canadian to command the International Space Station and whose YouTube video singing David Bowie's Space Oddity in space has 39.475 million views.

“When I look down at Earth, I feel I am looking at creation,” said Jerry Linenger, a physician who doused a severe fire in space.  “My takeaway is that this was a life-changing moment for me.  In One Strange Rock, you are looking at the first microorganisms and it is epic.”

Fully aware their rarified view changed them on a visceral level, the astronauts are careful walk that fine line of not scolding the rest of humanity, which hasn’t been off the planet, while emphasizing that we are stewards of our home.

“To protect the Earth is critical,” declared Jeff Hoffman, an astrophysicist who once repaired the Hubble Space Telescope.  “We are at a crossroads, and we don’t know if there are points that Earth’s climate could become uninhabitable.  A lot of astronauts come back with more of an ecological sensibility than they go up with.”

Peggy Whitson, the lone active NASA astronaut among this crew, and who holds multiple records including spending the most days in space, said, “What I am impressed by is the ability of Nat Geo to describe the very detailed minutia that astronauts feel in looking back at Earth.”

“I think it is the show we need,” mused Mike Massimino, an engineering professor who sent the first live tweet from space.  “I think our planet was meant to be seen [in this way].  There is nothing like seeing it from space.”

New episodes of One Strange Rock are telecast Monday at 10 p.m.