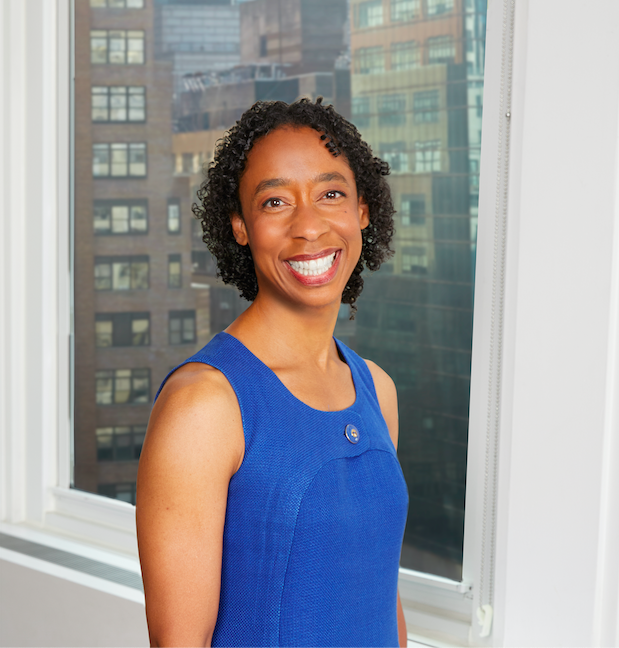 From the C-Suite to entry level, diversity and inclusion are woven into the cultural fabric of A+E Networks. The global media content company, which includes major brands A&E, Lifetime and HISTORY, provides well-established internal programs to advance women and minorities, and forums for dialogue. It uses its on-air content and online platforms to promote diversity, multiculturalism, and awareness.

The company's ethos is what attracted EVP of Human Resources Karen Gray (pictured at top) to join in 2019, and, alongside Group President, Paul Buccieri she spearheads its diversity, equity and inclusion efforts. What makes A+E exceptional, Gray said, is the company's actions.

"We are not doing things just to say that we are. We are doing them because we want to have the top of the line, diverse, equitable and most inclusive organization out there."

At a time when issues of racial inequality, calls for reform across all areas of society and sexual harassment awareness are front and center, Gray said A+E's commitment to continue to embrace these efforts are more important than ever. On-air and within its own ranks, the company has a strong tradition of advancing diversity and inclusion. Now more than ever the company wants every employee to be a stakeholder and have a voice.

"Each member of our team must be heard and valued; no one voice is more important than another," declared Gray.

Across media organizations, diversity and inclusion executives say that, for their efforts to be successful, they need strong commitment from top leaders in the company. "It has to be part of the culture of the organization," she said.

Since assuming the role of group president, in 2018, A+E Networks Paul Buccieri has made the inclusion of perspectives from employees from across the company a top priority. Gray said the company is committed to making every employee feel seen and heard. Buccieri promotes these notions within the company and beyond.

"In meetings, he does what everyone should be doing, going to someone and saying, 'What do you think?' and giving them agency," said Gray. "People are watching and saying, 'Our leader is doing that, I should probably be doing that, too. He's setting an incredible example.'"

A+E Networks boasts a strong legacy of advocacy and corporate social responsibility. They also have started an internal diversity advisory council that advises the executive team on its progress and evaluates external business relationships, including promoting minority-owned vendors and outside agencies. Employees participate in regular town hall meetings, providing a forum to voice their concerns and opinions.

Their on-air and digital platforms nurture diversity in front of and behind the camera. The company partners with minority and female-owned production companies and creative services. A+E's programming and initiatives help raise awareness, from History Classroom, which supplies education guides and learning tools for schools, to Lifetime's Peabody Award-winning Surviving R. Kelly, a docu-series detailing allegations of sexual abuse of women by musician R. Kelly.

The company is equally committed to advancing people with special needs. For instance, A&E's series Born This Way featured seven individuals with Down syndrome. The Emmy Award-winning series also provided the opportunity for partnerships with the non-profit Best Buddies to drive awareness of how people with intellectual and developmental disabilities are thriving in their communities.

Another new initiative from A&E, Voices Magnified, is a cross-platform campaign to spotlight the diverse voices of people who are making change in society in short-form and long-form content. Programming spotlights social justice topics such as prison reform, and individuals dedicated to bringing people together to confront and help solve the key issues of our times.

The common thread, Gray expressed, is raising awareness and advocacy. As an African American female executive, she understands these issues firsthand. Throughout her career, Gray said mentors have encouraged her to make her views and thoughts heard, and advocate for herself. Now more than ever, those lessons resonate strongly.

"When you're waking up every day to articles or news about racist events, it's difficult. You need to stay focused on the fact that you're in a position to drive change," she said.

Gray's views have been influenced by her previous work with New York-based Doe Fund, which provides support services to men who have been incarcerated, homeless or struggled with addiction. The program serves as a reminder that everyone in society is important and deserves to be seen, she said.

She applies that lens to A+E Networks. "The notion is that no one is too important or unimportant to be treated any different. Applying principles of equity and inclusivity to a corporation is fundamental."

It isn't enough for companies to hire women and minorities; they need to advance and encourage them to play an active role in decision-making, Gray contended.

"That's the DEI part to me: Diversity is 'I have a lot of different people here, but am I treating them the same way and are they feeling part of a larger whole?'" she said.

To encourage dialogue, Gray has an open-door, off-the-record policy for staffers. She also meets regularly with a group of Millennial employees to get their input. At a recent gathering, they asked for town halls to address issues of race and culture, and to shed light on what life is like for A+E employees. That led to meetings about women's issues, multiculturalism and Latinx culture.

"The Millennial group has given us some of our best ideas, which we've implemented," said Gray.

As a former corporate lawyer, Gray places high value on evidence to evaluate progress and set benchmarks. Data plays an integral role in tracking progress in hiring, retention and promotion.

Looking ahead, Gray believes A+E must stay the course with its initiatives and keep a close eye on its progress. Voicing commitment and launching some programs isn't enough, she admits. "I want to make sure we are driving everything home."