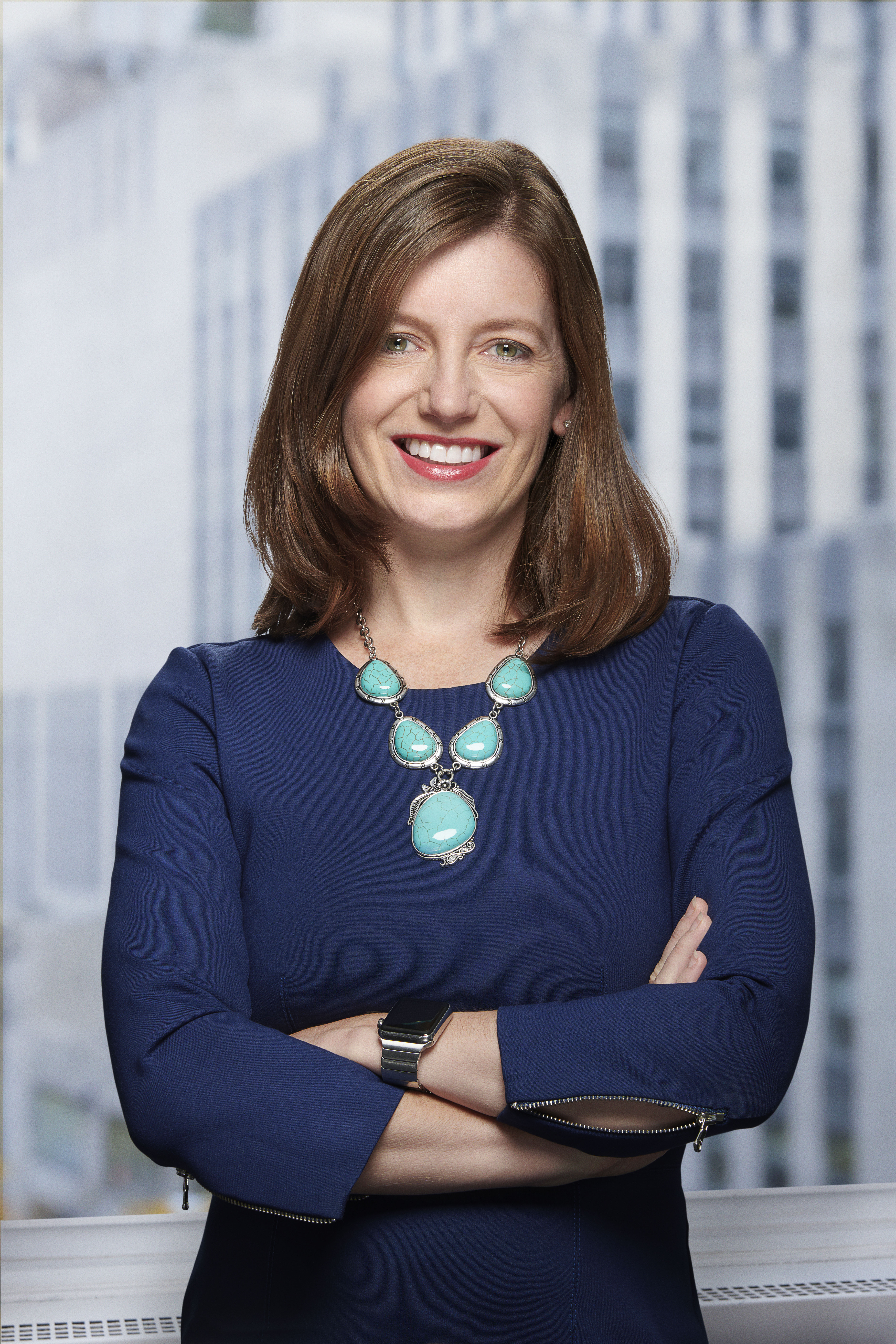 The ad business is on the cusp of some serious change, and Christina Beaumier can't wait.  The Vice President of Advertising Technology for AT&T Advertising and Analytics (which since the publication of this interview has been renamed Xandr) has seen the change coming for a while, having previously worked for publishers like Google and agencies like GroupM’s Xaxis.  Beaumier is a big believer in the power of convergence -- the marrying of TV and digital.  She has experience bridging different worlds: It was a Peace Corps mission in West Africa that set her on her career path.  She talked recently with MediaVillage about industry trends, mentoring, leadership, gender equality in the workplace and much more.

Christina Beaumier:  [laughs] Every decision made sense at the time.  I was a paralegal for the Department of Justice for two years at the Office of Consumer Litigation. The Peace Corps was a way to have an impact.  The work was so different from what I do today.  I had no running water or electricity.  A lot of my day was spent taking care of myself, going to the market, getting water.  But you know what I carry with me?  The ability to communicate.  You wouldn't imagine how political a village is in West Africa.  Where I was living, it was a melting pot of a lot of cultures and tribes who've been in the area for a long, long time, plus different religious leaders and modern institutions like schools and hospitals and governments.

I had to work with all these different people.  I had to understand their motivations, fears and biases and work with them in a way that they would support driving forward whatever initiative I was trying to do, whether it was educating people about malaria or prenatal care.  Funny enough that's still relevant for me!  It's a core skill of mine, being able to navigate a different world, whether it's navigating an agency or client or ad tech.

Schwindt:  Does it sometimes feel as though the various sides of the ad business are speaking different languages?

Schwindt:  What have you brought with you to AT&T from your other roles?

Beaumier:  The role I played at Xaxis was sort of building its proprietary products and interfacing with the sell-side, living on the edge of the buy-side.  I got to know the players and do evaluations around ad tech and informed POVs over where the industry was headed.  That was hugely beneficial, because you've got that breadth on what everyone was doing and also what buyers want.  The reality is on the buy-side.  Google was an amazing experience -- to see how it operates and the strong culture it has built.  It helped me reimagine [what] work can be like.  I’m excited about the opportunity to create our own culture at Xandr.

Schwindt:  Speaking of culture, the media world is undergoing its own set of cultural shifts, particularly when it comes to the treatment of women in the workplace.  What's changed since you entered the industry?

Beaumier:  This is a meaty topic, and one I'm passionate about.  What I've seen over the years in the industry is the focus going from not even awareness of women to, "Okay, let's try to be diverse.  We realize there's not a woman at the table."  We went through that phase of, "We need representation."  Now the next step is inclusion.

I feel like where we're heading is, it used to be just women-to-women dialogue.  What I've seen since the Me Too movement is more participation from men going, "How can I help?"  If we continue to just be women talking to women about how we can improve the situation with women, and we remain the same percentage of women in leadership roles, I'm not optimistic we're going to move the needle.  We need to engage all of leadership.  I've found a lot more openness to that conversation lately -- not only awareness, but desire to change.

Schwindt:  Have you had any mentoring relationships that have had a big effect on you?

Beaumier:  As I think about mentors, the most effective ones have been those that have practiced radical candor.  I found that so powerful.  If the listener is open, it just can be groundbreaking.

When we say "mentorship" I automatically think of the programs that companies I've worked at have set up that are like, "Meet your mentor once a month.  Here's some money to go have lunch."  It’s a good start, and I like to think I've been a good mentor in those contexts.  But for me, the most effective models I've had were where someone knows my work and can give me critical feedback in a way where they've put in a lot of thought and care.

Schwindt:  What are some of the big trends you're keeping an eye on?

Beaumier:  Definitely convergence -- the desire of consumers to consume their content anywhere they go.  What I think is interesting, too, is all of the ad tech capabilities the digital side of the industry has built; what I don't think the industry has done well is put the consumer first.  Just because we can re-target someone with what they just browsed doesn't mean we should.  They build a new ad type or inventory model, but they don't think about what that's going to do to the user experience and the user's desire to come back to that property.  Think about it not just at a campaign level, but a broad picture of, "How is this good for the consumer?"  With AT&T, it always starts with the consumer.  What value are we bringing to them?