Audi and Mercedes at CES: The Super Bowl, Social Media and More 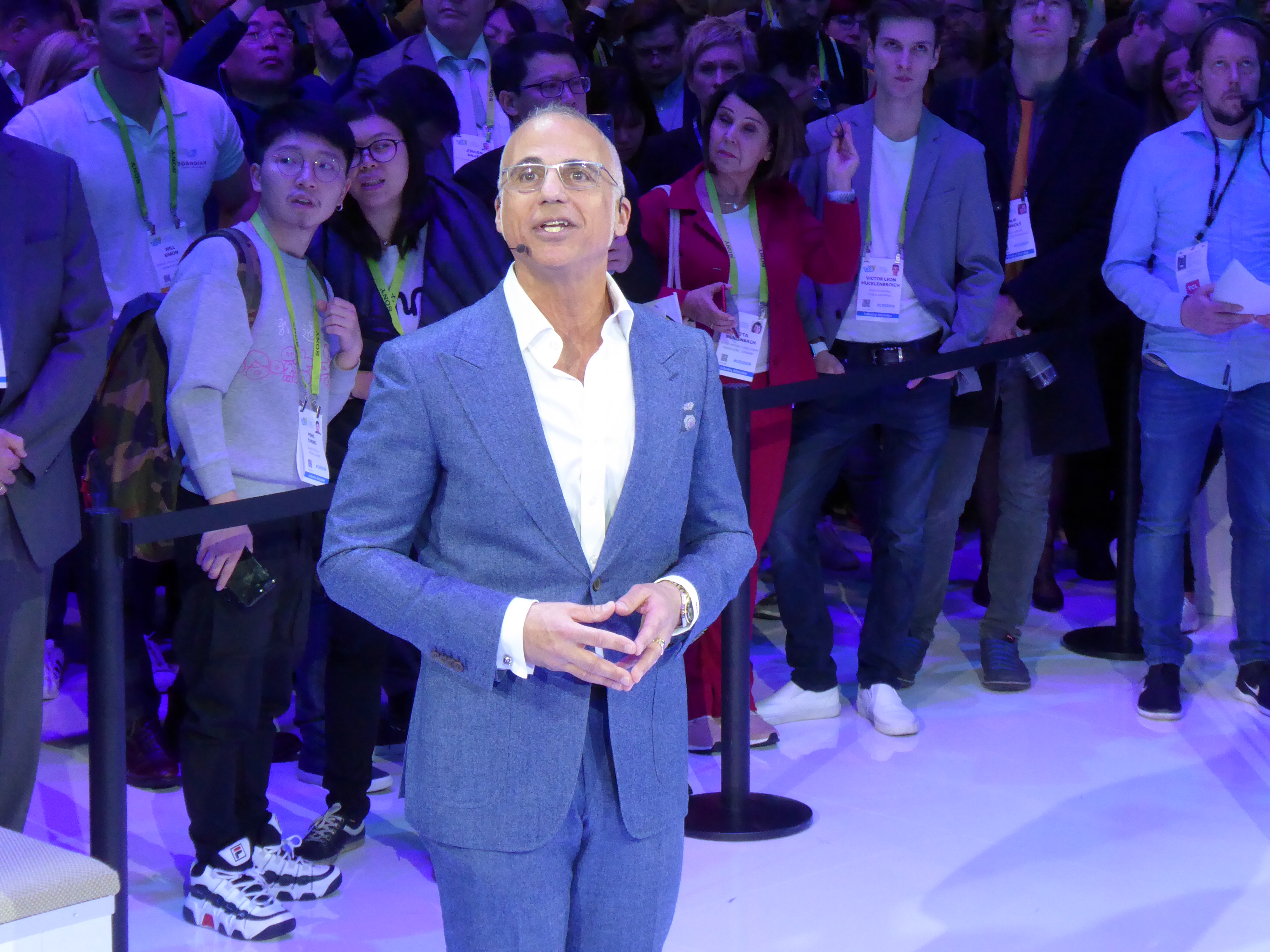 Audi will field a 60-second spot during Super Bowl LIII, and it's electrifying.  The ad, that is.  It celebrates Audi's electric future.  The company says that by 2025, a third of its cars sold will be electrified (a category that includes hybrids).

Audi has advertised in the Super Bowl for 10 years.  Electric cars are still a small share of Audi's output, but the company wants to make a statement. "We're returning to the biggest advertising stage to let America know that Audi has gone electric," said Loren Angelo, Audi's Vice President for Marketing.

The Audi e-tron SUV is soon to hit the market, and the company also showed a GT version of it at the recent Los Angeles show, signaling what Angelo calls "an aggressive push in to electrification."  She added, "The big game is a perfect platform to continue the momentum."

Audi North America President Mark Del Rosso (pictured above) cited the upcoming spot in his press conference speech at CES, with an e-tron behind him.  But also on the stand was a rocking Audi A8 with a killer sound system.  The car wasn't playing rock music; it was literally rocking, to give the passengers an immersive experience.

According to Nils Wollny, Head of Digital Business Strategy and Customer Experience, Audi is out to enrich consumers' experience onboard.  "Transit time can feel like wasted time," he said.  The Audi Immersive In-Car Entertainment happens while the car is stationary, and a video is on.  It's kind of a next-generation drive-in, with the car providing some actual physical effects.  Yes, virtual reality in the car, courtesy of haptic feedback.

After Audi, I went to a Mercedes-Benz roundtable featuring Britta Seeger (pictured below), a member of the company's board of management who is responsible for car marketing and sales.  She's being cagy about the Super Bowl ad.  "You will see," she teased. 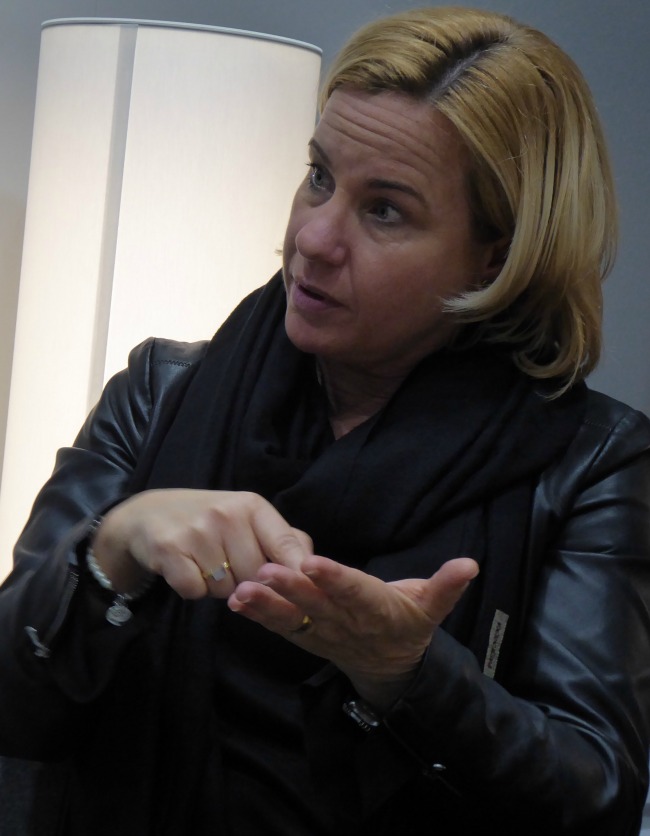 Seeger said that television isn't always the best advertising medium for Mercedes.  "In some countries, we're not buying TV at all," she revealed.  "It's become unaffordable."  Social media has proven an effective tool for the company in countries like South Korea.  Buying space on Facebook is one strategy, as well as just providing a lot of timely content to the major platforms.

But Seeger was quite vocal about infotainment and onboard electronics as a selling point for Mercedes-Benz cars.  The company premiered its CLA Coupe at the show, and the car is equipped with the MBUX "interior assistant" that is capable of interpreting hand gestures.  The system, developed with NVIDIA, is just as desirable to certain customers as an engine with more horsepower.

"The CLA appeals to a younger buyer, and it is also very digitally equipped, so it was perfect to debut at CES," Seeger explained.  "[Electronic attributes] are getting so important.  Older people like such features as our intuitive voice command system.  Previously, they were yelling at the car, as it asked them to repeat everything."

MBUX has been around for two years, and Seeger said it's already become a factor in the intent-to-repurchase rates that the company is seeing.  "People are prepared to pay for good services," she noted.

But are they also willing to share cars?  Mercedes is in the early stages of its subscription service, which allows customers to pay a set fee and then drive a variety of cars over the set period.  The company is collecting feedback about what works and what doesn't, and Seeger said that the program is likely to be modified to accommodate the needs of specific international markets.  Early complaints about subscription services mostly focused on their being too expensive, which led some companies to lower their rates.

Seeger is convinced that the dealer model will stick around for a while longer, despite growing interest in buying cars online.  Mercedes has 6,500 dealers, and she said their physical presence for servicing remains very important, while acknowledging that electric cars will need far fewer service visits.

Do customers want their cars picked up and delivered for such servicing?  Seeger says yes, and adds that people are also willing to pay for it.  The dealer doesn't have to offer concierge services free of charge.

Finally, she said that not every consumer values saving time -- the main benefit of concierge pickups -- above all other factors.  "The AMG [performance car] customer wants to stand by the mechanic as he's working," she said.