Auto Ad Spend Soaring, but It's Selective and Focused 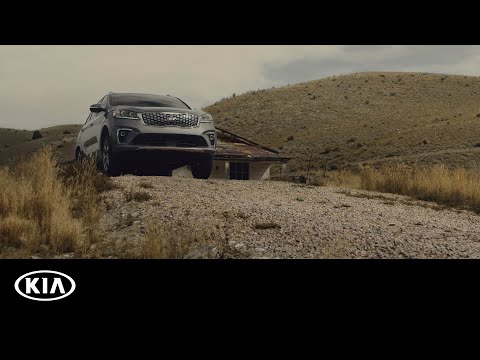 Although COVID-19 is far from over in the U.S., auto ad spending is definitely in recovery mode—nearly double what it was at the lowest point of the pandemic. And the most recent trends are interesting, said Todd Krizelman, CEO of the ad intelligence and enablement platform MediaRadar.

Spend has been up has been up every week since the trough of April 20 (when it was down 61 percent), and is now down a modest 23 percent year over year. "It's an improving picture, much less catastrophic," Krizelman said. Among the companies increasing their spending dramatically are Toyota, General Motors, Nissan and Subaru. Also up is spending by auto insurance companies, parts suppliers and repair chains. The latter, in fact, shows a 12 percent increase over 2019 year over year.

Now the interesting part. SUVs and pickups have been as much as 70 percent of the total U.S. auto market, but as the advertising spending rachets up again, the money devoted to off roaders doesn't quite reflect that dominance. "The SUV spending isn't recovering at the same pace," Krizelman said. "But pickup advertising is almost back to normal." 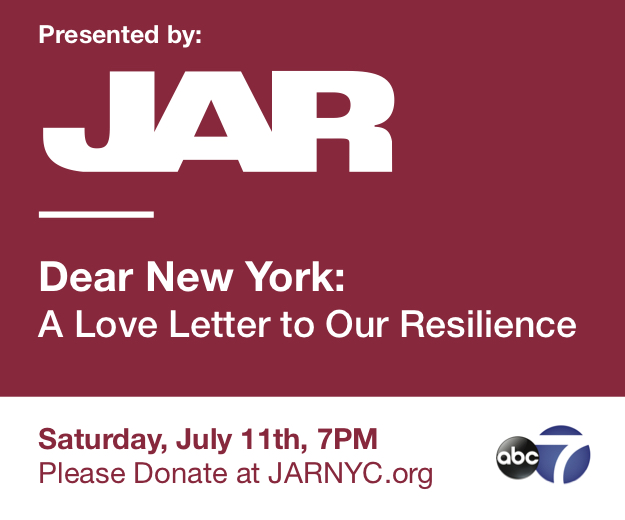 Spending on sedans was at $6 million in the U.S. during the first week of July, which may mean a $25 million month. The slower recovery of SUVs has to be put in context, however, because the spending on them was still $20 million for the week of June 20, three and a half times what it is for the aforementioned sedans. "But relative to where it was last year, it's further off," Krizelman said. The four-week moving average, ending the week of June 22, was down $28 million year over year (down 59 percent).

Pickups are almost back to normal, too, with spending of about $3 million the week of June 20. This could reflect a lot of deferred construction projects coming back on line, and the industry seeing a ramped-up demand. The industry as a whole saw a lot of pent-up demand for vehicles, and advertising helps the companies grab a share of that return to showrooms.

Jeremy Anspach, CEO of PureCars, said back in mid-June that auto dealer advertising was already almost back to pre-virus levels. From June 8 to June 14, advertising was up compared to the previous week on YouTube (20.6 percent); Google search (8.1 percent) and Bing (2.3 percent). It was down on Facebook (2.1 percent), Waze (3.2 percent) and DoubleClick (9.6 percent).

As I documented here, Americans are getting very interested in RVs and motorhomes as a way to safely escape quarantine. Ad spend for RVs is up by a factor of 11, i.e., more than 1,000 percent. What had been a very predictable industry is now in uncharted waters. Look at the graph below from Google Trends Data: 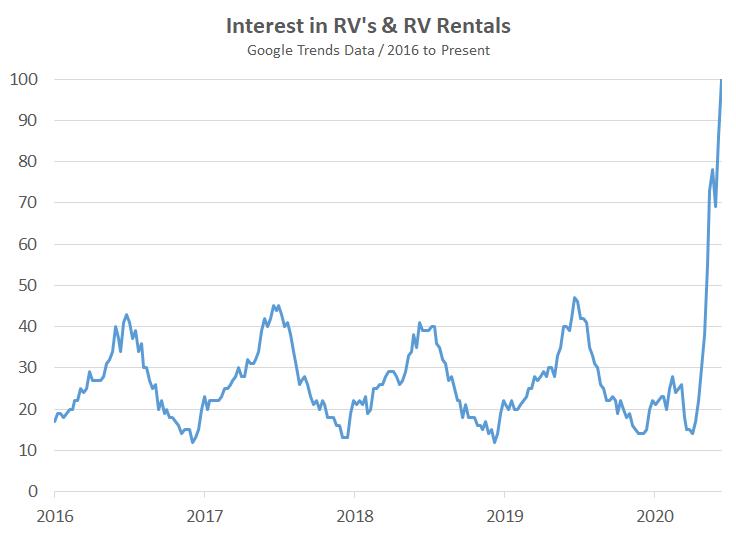 And this same interest is reflected in the actual content of all the auto advertising. It's focused on getting out and seeing America, taking a safe vacation. You know where your car's been, which can't be said of share cars from Lyft and Uber, planes, or public transit. RVs offer the added benefit of carrying their own bathroom. Here's one of those car ads, "Let's Road Trip," from Kia. "It's time to reclaim the road trip," says Kia. "It may be a while until we can see America from 35,000 feet, but the view from six feet is even better."

The outlook for increased auto advertising is fairly bright, especially if televised sports via the NFL, NBA, NHL and maybe even MLB (with or without an audience) comes back. "There will be more places to market cars," said Krizelman.