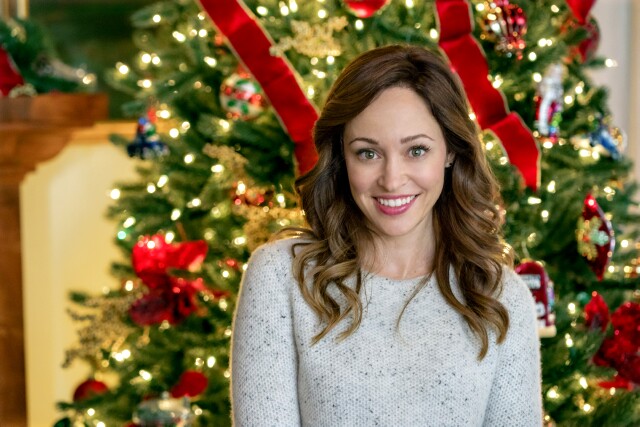 Embarking on her sixth project for Hallmark was an easy decision for Autumn Reeser. After a number of weddings in her previous movies it was time for a funeral, so the actress jumped at the chance to do something with Hallmark Movies & Mysteries, starring in A Bramble House Christmas (based on C.J. Carmichael’s novel), which premieres on Sunday.  The fact that the movie had a Christmas theme made her decision even easier.  “This is my first Christmas movie,” Reeser told MediaVillage earlier this week during an exclusive interview.  “I’ve done every other holiday and some weddings, but never a Christmas movie, so I'm really happy about that!  Every time I’d run into someone from Hallmark I’d ask, ‘Where is my Christmas movie?’  It’s been a goal for the last year and I'm so happy with this one.  It was the right one for me.”

In the film, Reeser plays Willa Fairchild, a single mom and healthcare worker who finds herself a beneficiary in a benevolent patient's will.  In addition to money, she "inherits" the opportunity to spend Christmas at the stately Victorian Bramble House in Oregon.  While there, Willa and her son Scout (Liam Hughes, pictured below with Reeser) encounter the charming Finn Knightly (David Haydn-Jones).  All seems above board with their newfound friend -- but Knightly has a secret.  He's concealing his true identity and has ulterior motives for their “coincidental” meeting.

"It was nice to be out of a wedding dress for a change,” laughed Reeser of the role.  “In I Do, I Do, I Do I got married over and over again.  I think I wore five wedding dresses in that one alone!  This one is a little more serious and has almost a Merchant Ivory feel to it, a calmer pace, while still sweetly romantic.

"It does deal with some darker themes like death and loss," she continued.  "But it is more about the hope that comes after.  There isn’t an actual funeral scene; I think those are banned in all Christmas movies by Hallmark.  Those are the rules, so we are keeping it light.”

Also keeping things light during the July shoot in Canada was co-star David Haydn-Jones whom Reeser refers to as a delight.  "David is just lovely and we got along so well." she said.  "He did a movie with my friend Danica McKellar.  She texted me when she found out [about our movie] to say how much she knew we would enjoy working together.  These movies have very long hours, so it really helps if you get along with your co-star, especially when you're doing a lot of emotional work."

Like many actors in the stable of beloved Hallmark stars, Reeser sees the similarities between the network and the Hollywood system of yore.  "They do use a lot of the same people, and I think they know that the people they are using are good people and will probably be able to communicate,” she explained.  “That is where a lot of chemistry comes from." 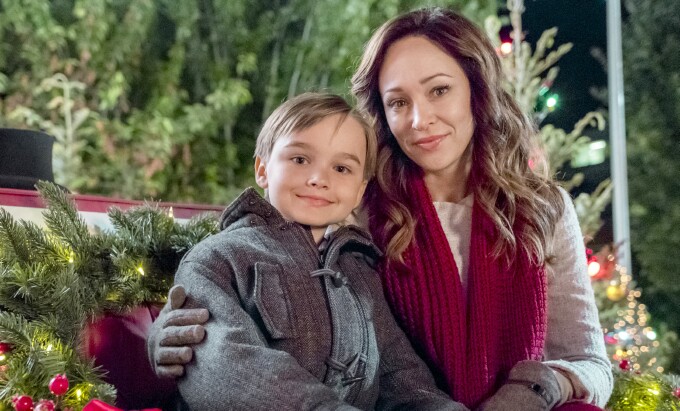 If Hallmark leading man Paul Greene is the Cary Grant of the network, where might Reeser fit in the hierarchy?  "I try for being the Katharine Hepburn," she laughed.  "Can I sign up for that?  Director Ron Oliver, who I've done a few of these movies with, calls me the Audrey Hepburn of Hallmark, so it depends."

It's hard to imagine that 12 years have passed since television viewers were first introduced to Reeser as Taylor Townsend on Fox's sudser The O.C.  Since then the actress continues to be an on-screen chameleon with her choice of roles.  It's that conscious decision on her part that continues to make her so engaging.  "The characters I play tend to be strong in different ways, but I enjoy mixing it up," she said.  "Like doing the action movie [Kill 'em All] with Jean-Claude Van Dam [last year].  I was looking to do an action movie as it was something I hadn't done before.  That's usually what draws me to a project."

Reeser explained that her latest Hallmark character definitely fell into that category.  “Willa is very opposite to other characters I've played in the last year,” she said.  “She's romantic, soft and extremely feminine, which was a good contrast to all these other [recent] characters.  I just did a movie called Valley of Bones where I play an ex-convict paleontologist, and in the E! series The Arrangement I play a very direct woman (publicist Leslie Bellcamp) who's not afraid of conflict.  Willa is an amazing mother and a caretaker to everyone around her.”

While Bramble House may provide a Hallmark departure for Reeser, rest assured she hasn't quite hung up her wedding dresses for good.  “I’m producing the next movie I'm doing for Hallmark, and there will be a wedding in that one,” she said.

“Producing is something new for me and something I've been trying to move towards in the last year," she continued.  “I'm really excited about stepping into a different role.  I've been in this business for 20 years now and I finally feel like I have my feet on the ground.  I know what I'm doing and I'm excited to learn more."