Barbara Walters Has the Hots for Elisabeth Hasselbeck?! 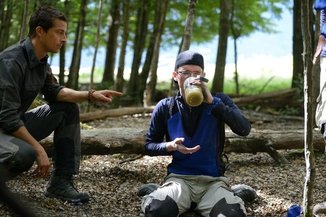 13. Worst Parody: Thanks to MTV, getting Catfish-ed is all the rage. So whenBetty White reunites with herMary Tyler Moore Show co-starEd Asner on her prank show Off Their Rockers, they poke fun at the downfalls of online dating. But the parody goes quickly from "aw" to "ew" when Asner and White realize that neither is who they said they were online. What should they do next? "I don't know," Asner says, "but my little blue pill is starting to hum." Abort mission! Abort mission!

12. Creepiest Peeping Tom: If you thought Adrian Powell couldn't get any creepier on Devious Maids, you were wrong, as Marisol discovers. He's a pimp who's been setting up his rich pals with hookers, and Flora was one of them. But wait, it gets creepier! He also sets up his wife's former lover with a prostitute and watches them from behind a two-way mirror.

11. Cattiest Fight: Poor Chanel. The Princesses: Long Island star's sister is getting married before her and she's — heaven forbid — already 28. Already smarting from that blow, she loses control atAmanda's party when a girl hits her with an ice cube. The brawl escalates when Ashlee orders Joey not to get involved, leading to yet another scream-fest. Princesses? Hardly.

10. Better Late Than Never Award: Big Brother finally airs Aaryn,GinaMarie andSpencer'sracist and homophobic comments that have cost theformer two their jobs and earned a reprimand from his employer for the latter. While it's good for the broadcast audience to see how the houseguests really act on the 24/7 live feeds, these comments, which were made on June 28, ought to be have been included in any of last week's three episodes. But nope, they aren't aired until after controversy erupted. Hmm...

9. Caught Red-Handed Award: The girls of Pretty Little Liars have been in trouble plenty, but Hanna digs herself — literally — into a giant hole. After discovering the murder weapon that killed Det. Wilden, Hanna, despite a warning from her friends, decides to bury it. But "A" is always one step ahead and tips off the police, who catch Hanna in the act. Will Hanna take the blame for someone's (possible her mother's) dirty work?

8. Worst Reality: Switched at Birth 's special what-if episode shows what would have happened if the switch was discovered 13 years earlier. Among the many wacky changes — Kathryn is cheating! Daphne is spoiled! Bay has straight hair! — by far the most depressing is Bay and Daphne's search for their estranged mom Regina, only to learn that she died mysteriously on their birthday. Sometimes things aren't always greener on the other side.

7. The Straight Up Award: It's two steps forward for Paula Abdul! The dancer-choreographer proves that her spacy commentary as a judge on American Idol is a thing of the past. Making her debut as a guest judge on So You Think You Can Dance, Paula is not only coherent, but she actually offers up insightful observations and critiques, like when she references the leggyCyd Charisse or Michael Jackson's jazz influences. Who knew? (Other than the dozens of people who tuned into Live to Dance, that is.) Smart contributions, fun friction with Nigel and a bold, flowing top? This is why she is forever our girl.

6. Most Explosive Message: Not everything is as it seems on The Bridge. The body found at the U.S.-Mexico border turns out to be two severed halves — the top belonging to an American anti-immigration judge, the bottom to a young Mexican girl — and the car used to dump the corpses belongs to journalist Daniel Frye (Matthew Lillard). But it's clear that he's not the killer after he gets locked in his car with a bomb that, fortunately, turns out to be fake. The pseudo-explosive instead ticks down to a voicemail with an ominous message from the killer: Why is one dead white woman more important than so many dead just across the bridge? How long can El Paso look away? We've got some interesting times ahead. This is only the beginning.

5. Worst Survivor: Tired of drinking coconut water on Naked & Afraid, Jonathan digs a hole and locates some cloudy H20. Despite — or rather because of — his partner Allison's warnings, he defiantly drinks the water and winds up having massive diarrhea just a couple of feet behind their shelter, and then Allison steps in it. (Ew!) "If you have diarrhea, what do you do?" he says. "You gotta drop trou right there." Allison schools him on survivalist etiquette: "You go to the bathroom a certain distance away from fort and a certain distance in the ground." Hey, Jonathan? You also don't drink dark, unfiltered groundwater — and no, it doesn't look like that because it has "oxygen or sand in it."

4. Darkest Downward Spiral: As if killing her former captain wasn't bad enough, Deb decides that she is no one's rag doll after assassin El Sapo beats her to a pulp in order to score Briggs' diamonds. Suffering from PTSD, Dexter's usual moral compass hunts down El Sapo and shoots him in his car before taking back what was rightfully hers. Remind us not to mess with the Morgan siblings, OK?

3. Worst Cocktail Recipe: What's the secret ingredient in summer's hottest new drink? Urine! On the premiere of NBC's reality survival competition series, Get Out Alive with Bear Grylls, contestants learn the highly unpalatable lesson of how to avoid dehydration in the wild. It turns out that if you heat a combo of urine and muddy river water to 95 degrees and then cool it to 60... it's still completely stomach-turning! But hey, it'll save your life when Gatorade is in short supply. Oh Bear, URINE-sane!

2. Best Reveal: It turns out, True Bloodfans have been in the company of the dastardly Warlow all along. Ben reveals himself to be the fae-vampire hybrid who's been tracking down Sookie when he feeds his blood to Jason to save his life. But — for once! — Sookie figures it out and goes on the offensive, feeding him colloidal silver before holding him at bay with her faerie light. Go get 'em, Sook!

1. Most Awkward Sign-Off: The View couldn't bid adieu to Elisabeth Hasselbeck without one uncomfortable exchange. As the ladies say their final goodbyes, Joy Behar cracks that Barbara Walters has harbored a secret crush on Hasselbeck for the past 10 years . "She's got the greatest body!" Walters quips, while Hasselbeck tries to restrain her eyes from popping out of their sockets. When Behar asks Walters what she's going to do now, the news legend doesn't miss a beat: "Whose tush am I going to push?" "HR," Hasselbeck mutters. What? Were you not aware of this, Elisabeth?

TVGuide.com, with 23 million monthly unique users and the highest audience engagement metrics in its competitive category, is one of the fastest-growing online entertainment destinations. The site offers breaking news, original video, in-depth features, listings and the Online Video Guide, a video search 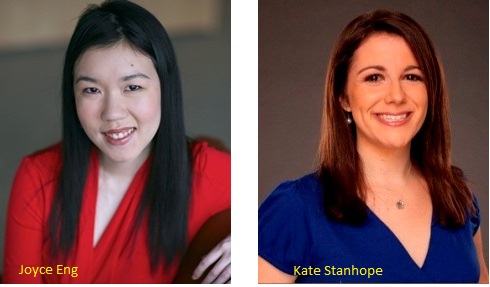 engine allowing users to find the latest full episodes, clips, music videos and more. TVGuide.com is the flagship of the TV Guide Online network of sites, which includes TVShowsonDVD.com and FansofRealityTV.com.