By Steve Gidlow February 11, 2021 Behind the Scenes in Hollywood Archives 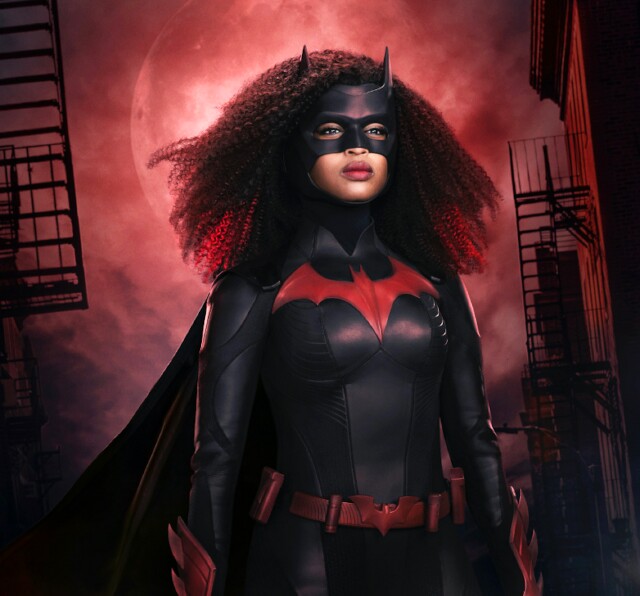 With the sudden departure of series lead Ruby Rose last year, Batwoman was left with a major challenge. Recast? Rewrite? Reboot? The CW franchise went with none of the above. Instead, an entirely new character was created -- and actress Javicia Leslie fit the bill perfectly. She plays Ryan Wilder, a homeless teen who finds the Batwoman suit in the wreckage of Kate Kane's plane crash, forever changing her destiny. "I grew up watching movies based on comic books," Leslie laughed during a recent virtual press conference. "My brother was a huge comic book collector, so I dabbled with [them]. But for me, it really was the screen adaptations. When you're talking about anything Bat-related -- Batman, Batwoman, Batgirl, Robin, all of them -- I'm a huge fan.

"When I first put the suit on, and I saw that bat across my chest, it felt surreal," she added. "But then it was also this moment of like, it's your childhood dream come true, so it doesn't feel real. It almost feels like make-believe until you actually start playing, and then you realize this is your reality, and this will be your reality for a while." 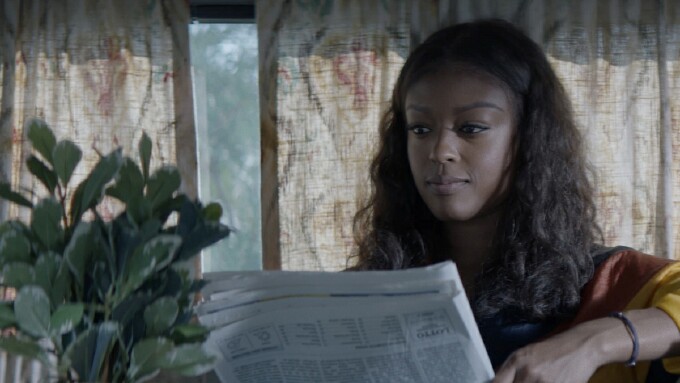 According to Leslie, she didn't feel too much pressure when assuming the role because she wasn't a recast. "I think I would have felt differently if I was, because then I'd have to meet the certain energy and everything of the previous actress," she said. "But I came in as a completely new character, so for me, it's like my first time. It doesn't feel like I'm trying to live up to someone else's reputation because no one else has played Ryan. We're creating Ryan as we go.

"When I received this audition, in the middle of the quarantine, I had time to really kind of dive into the world," she continued. "I didn't try to do too much research, [as] I wanted to just develop ‘my' Ryan. I knew that was important. That's where it would be grounded and would be most believable, so I worked on that. After the audition, and booking, I went back into the world of Gotham, the world of Batwoman, the world of Batman, just so that I [could] be reminded of the essence, and the energy. The thing about Ryan is she is so different. She's a nobody, and we needed to show that she was a nobody. So, I couldn't allow her to be too influenced by what has already been played on television or movies."

One thing Leslie realized when accepting the role was the cultural gravitas that came with it. Her character is gay (Leslie refers to herself as bisexual) and black, which makes Batwoman the only broadcast show with a queer lead of color. "It's an honor," she enthused of the history-making part. "It's frustrating that this is the first and it really shows we have so much work to do. In 2021, this should not be a first! But I'm really happy that our show creators, our producers, DC Comics, The CW and (executive producer) Greg Berlanti were all willing to take this chance.

"[It's] a needed movement in our industry," she added. "I think representation is so important. When I was growing up, I didn't see versions of myself on the screen, especially in superhero movies and television shows. I remember growing up, I saw two black female superheroes." She was referring to the title character in Catwoman and to Storm in the X-Men movies, both played by Halle Berry. Since Catwoman is a villain, she noted, correcting herself, in truth she only saw one black female superhero.

"To be able to kind of be a vessel in this industry that allows other people that either look like me or walk the same path is important," Leslie said. "I think that we deserve to have representation. So, yeah, it's, it's an honor. I'm really, really, really, blessed to be a part of the beginning of this journey for us."

Another thing that excites the actor about playing the lead in Batwoman is the arsenal of gadgets, gizmos and amazing inventions she's getting to utilize – especially her new suit with its constantly evolving secret abilities. "Technically there are two suits," she revealed. "There's one for doing regular things and there's my stunt suit. That's my favorite and the one I ask wardrobe [for], even if I'm not doing a stunt, because it gives me a little bit more space, not only to be flexible, but to snack.

"I have my gauntlets with different buttons that do different things, including shooting things," she added in closing. "I have my grapple gun, and my Batarang. And we do have the Batmobile this season! But I'm definitely not doing stunt scenes with the vehicle. That's a very expensive car and I don't have the money if something happened."

Batwoman is telecast Sundays at 8 p.m. on The CW.