Behind the Scenes at “American Idol” 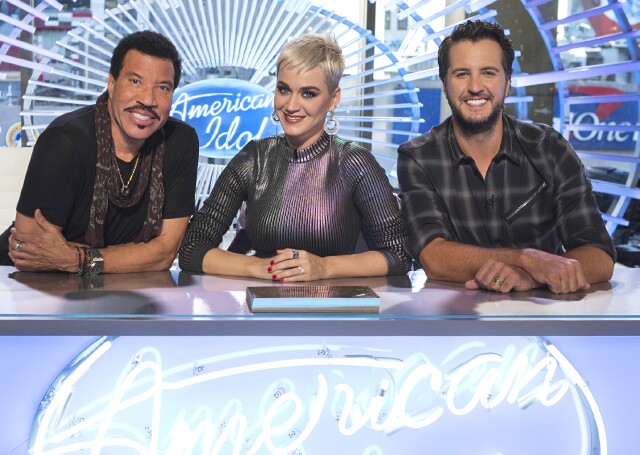 Several weeks ago, MediaVillage was invited to a taping of the "new" American Idol to get an early look at its judges in action and its hopeful contestants battling it out in the dreaded “Hollywood Week” group rounds for a chance to progress to the live competition shows. (Memory refresher: Very early in the competition contestants are placed in groups to perform together.)  Under the watchful eye of the show's new judges Lionel Richie, Katy Perry and Luke Bryan (pictured above, left to right), the varied groups gave it their all, and while the subsequent cuts were deep, most seemed justified.

Perry, channeling Gloria Swanson in a black high-necked glitter blouse and turban-esque beret, was indeed ready for her Hollywood week close-up.  When it came to her judging technique, it appeared hitting actual notes was far more important to her than remembering lyrics.  She quickly chastised any contestant for falling flat yet let forgotten song words slide -- something that was a cardinal sin on the Idol of old when it came to the Hollywood week round.  Perry also kept it real when it came to song selections and wasn't afraid to tell contestants that when a song has a second verse, “you use it.”

Perry’s critiques were concise, although often delivered with sharpness.  The same can be said of fellow judge Richie, who also injected finesse into his comments and wasn't afraid to shy away from sharing a beneficial personal career anecdote, of which he has an arsenal, all with a welcomed assuredness.

While Perry and Richie were unfailingly polite, it was the unfiltered delivery of Luke Bryan's critiques on that day that were most refreshing.  The country star navigated his way through his network TV debut with some noticeable clumsiness, for want of a better word, with one off-the-cuff comment having Perry laughing.  "I can't wait for the live show," Bryan retorted after one sassy critique.  “I may have to wear a muzzle!" 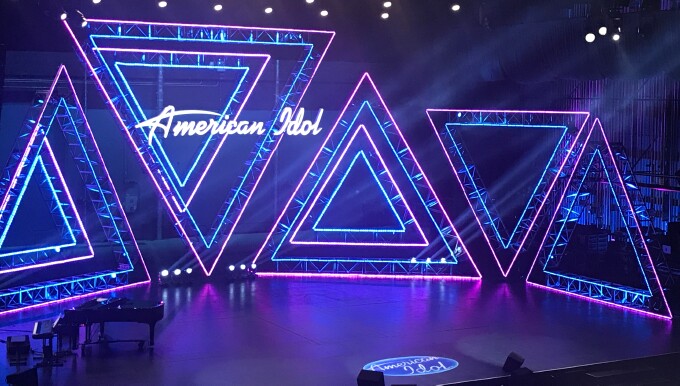 A few things I learned about the new Idol judges at the taping: Richie really enjoys saying "all night long."  Perry isn't a fan of early mornings and often uses the phrase "y'all" thanks to her time spent living in Oklahoma.  Bryan isn't afraid to make fun of himself; which is both endearing and refreshing.  And in case you forgot Richie came from a supergroup (The Commodores) he'll be sure to remind you.

The added bonus of a few practical jokes broke some of the tension for the contestants I saw, but whether they make it to the actual telecast remains to be seen.  Fingers crossed, because they added a lot to the proceedings.

Fans of the original American Idol on Fox won't be disappointed by the latest trio of judges. Their banter is as witty as the Simon Cowell-Paula Abdul-Randy Jackson days.  They are quick to counter-critique one another, all with no sign of noses going out of joint.  Puns are plentiful, as is that constant stream of personal advice.  Oh, and these guys aren't afraid to drop a name or ten.

All in all, anyone with any trepidation about Idol 2.0 on ABC need not worry.  The show may have changed hands, but it seems the song has indeed remained the same.