Behind the Scenes at the “DWTS” and “American Idol” Finales 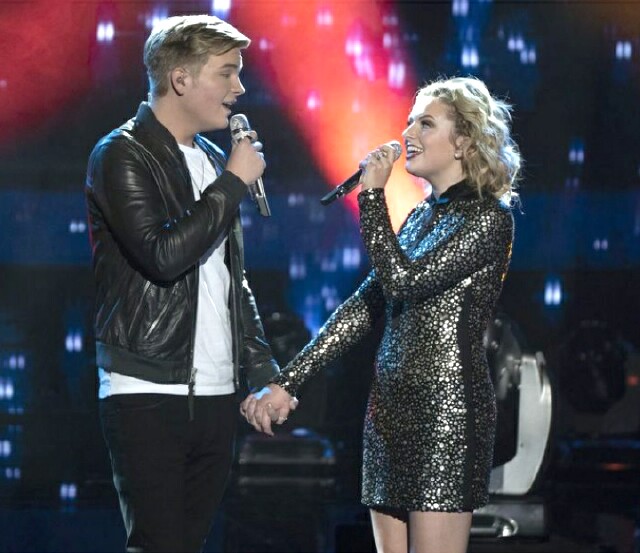 Back-to-back finales last night saw ABC’s Dancing with the Stars: Athletes and American Idol announce their winners -- and MediaVillage was backstage at both to talk with the champs.  It came as no surprise that Olympic figure skater Adam Rippon (and partner Jenna Johnson) took the Athletes honors, after a season that proved he was as natural on the ballroom floor as he is on the ice.  “Yes it [feels as good as it looks],” a thrilled Rippon told me after the show while holding the coveted Mirror Ball trophy.  “[Doing the show] reminded me that every time you step out of your comfort zone and push yourself into something you’ve never done before, that’s when you have the truest feeling of accomplishment.”

Johnson (pictured below with Rippon) echoed his sentiments. “I couldn’t have had a better partner to win this with,” she said. “I owe a lot to Adam. I wouldn’t be standing here without him.” 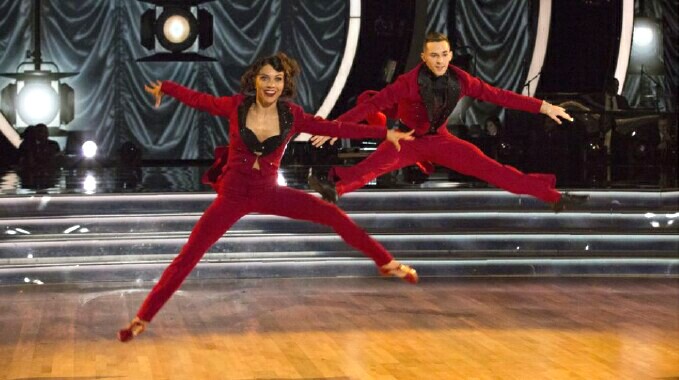 Rippon’s avant-garde freestyle to “Scooby Doo Pa Pa” by DJ Kass wasn’t well received by the judges, yet he still emerged at top of the leader board for the night. “It was definitely scary,” he admitted of the reaction to his dance. “I think the whole time that we’ve been in the competition we weren’t focused on winning, but it was the last dance of the competition and you want to come away the champion. Jenna and I knew we were taking a risk but no matter the comments it was worth it.” 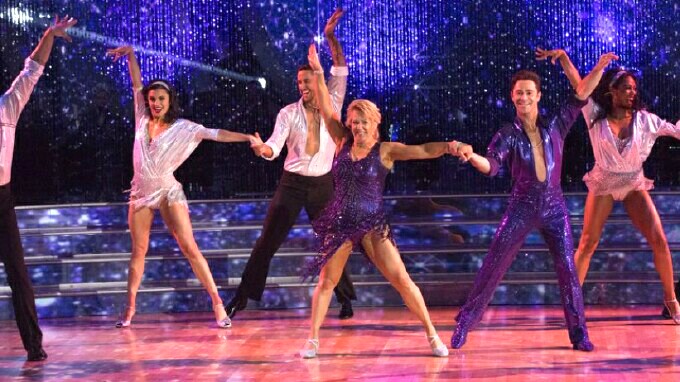 Rippon beat out fellow skater Tonya Harding (pictured above with partner Sasha Farber), who received her first perfect score last night, and Redskins cornerback Josh Norman. “We absolutely feel like winners -- and we got tens,” Harding beamed after the announcement. Just having the opportunity to show another side of her persona along with personal satisfaction also proved a win. “I found myself knowing I can achieve such greatness doing something I love to do,” she said. 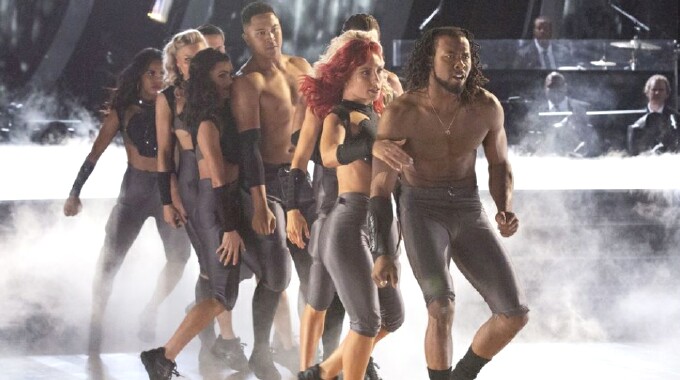 “I feel like a changed man,” Norman (pictured above right) told me after the show. “[The show] totally changed my outlook on life. It enhanced [everything] I already knew. When you talk about hard work and being tired … it’s a different type of element now.” Norman also revealed that a stage show featuring kids may be in his immediate future. “They asked me to be the prince in The Nutcracker back in D.C. so maybe I’ll do that!” he said.

Over at American Idol, it seems America sided with judge Katy Perry, who was seen on Sunday’s show voting for folk singer Maddie Poppe following her final performance of Fleetwood Mac’s Landslide. Poppe beat out country singer Caleb Lee Hutchinson and country/rocker Gabby Barrett (who exited the competition during the telecast’s first hour) leaving Poppe standing next to her “now boyfriend” Hutchinson (who announced their union) as they waited for the results.  (The happy couple is pictured at top.)

“January 21st was the first day I laid eyes on her,” Hutchinson explained after the winner announcement. “From then on we haven’t been apart. I couldn’t be more happy; being able to stand by her was the best. There could be a duet in our future if she’ll have me.”

“I don’t have many words and I feel so overwhelmed,” Poppe told me when the show was over. “I felt like an underdog as my music isn’t mainstream, so to know I pulled this off doing what I love and not having to change myself is incredible. A year ago I was playing for six people in a coffee shop and wanted to give up, so to go back a year and tell myself I am the American Idol winner is unbelievable.”

On a season that saw Idol produce more relationships than The Bachelor or Bachelorette, (Cade Foehner and Gabby Barrett also are now a couple), Poppe was thrilled with her bonus. “We didn’t want people to think we weren’t concentrating on the competition,” she said of their secrecy. “But we have been hanging out since Hollywood week. He was a standout and I remember thinking I need him in my group. There was a spark and we’ve been dating for about three months. I didn’t want to date anyone as I’d had a lot of heartbreak and wasn’t looking for anyone. He’s perfect!”

Next for the Idols is a 40-date nationwide tour with special guest Season 8 winner Kris Allen. “I’m not too excited to have to sing [my original] song a million times,” laughed Poppe of embarking on the tour. “Hopefully, I will have nailed it by then.”

Both shows were recently renewed for additional seasons – and one of them is getting a spin-off of sorts. In the fall Dancing with the Stars: Juniors will see a cast of young celebrity hopefuls dance their way into the hearts of America, along with a simultaneous premiere of its parent show Dancing with the Stars.  Juniors will be telecast Sunday night and DWTS will remain on Monday night. (Editor's note: Let's hope DWTS: Juniors fares better than American Juniors, the 2003 spin-off of American Idol that tanked in the ratings.)